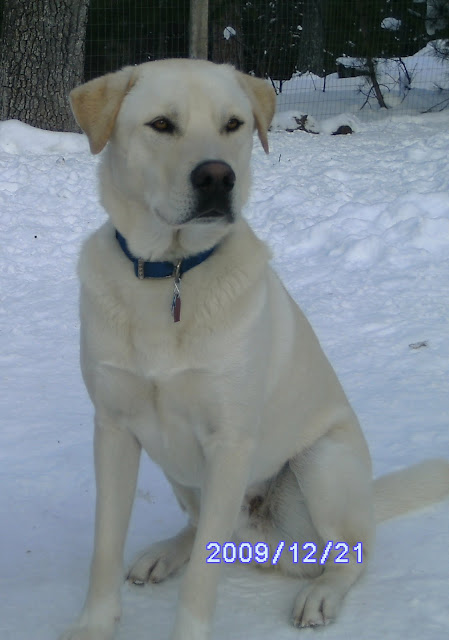 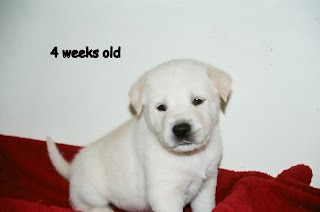 Color: Slightly off white, tan tipped ears and on center back

HOW CHANCE GOT HIS NAME


When Chance was born, we put a blue ribbon on him to tell him apart from his other white brothers and so we called him Blue. We never came up with another name. His new owners gave him the name Chance, which we thought was perfect for him. It fit him. When Chance came back to us, the name had even more meaning. Chance was getting a second Chance at life and so were we. 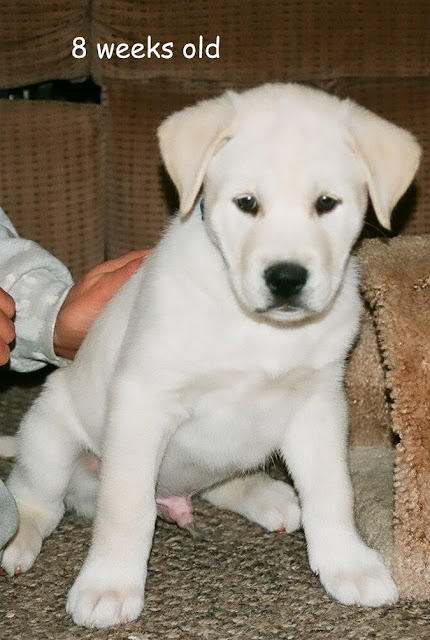 
When Chance was born he was the biggest of the 4 white pups. Chance and Zappa competed for the top weight and position in the litter What I remember most about Chance was him trying to rule the roost.

Chance left with his new family at just over 9 weeks old. We visited him every couple of months or so, taking pictures of him as he grew. At 9 months old we saw him again and everything was good. In Dec. 2008, just before turning a year old, we got the call that the owners didn’t want him anymore. We welcomed him back, though our living arrangement was in quite a predicament at the time.

When we got him home we noticed his ribs were showing, he was full of anxiety, and though he knew who we were he was scared to death. 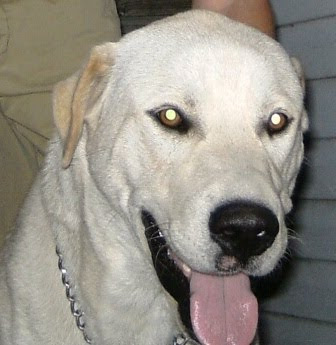 His sister Blaze, who’d been with for almost 4 months was due to go in heat and Chance wasn’t fixed. So they had to be separated until she was done and he was fixed. It wasn’t until well into the second week of 2009 that Chance and Blaze were reunited. Like old times. (They grew up together as their owners were related)

It took several months to get his weight up and several more to keep it steady.

Chance is very timid, fearful of children and other people, and very high strung.  The picture above is at 9 months old, two months before he came back to us.


He loves to eat and dances when it is time. Will take any snack or treat. Loves to counter cruise and likes to get our attention by taking things off the counter or table . 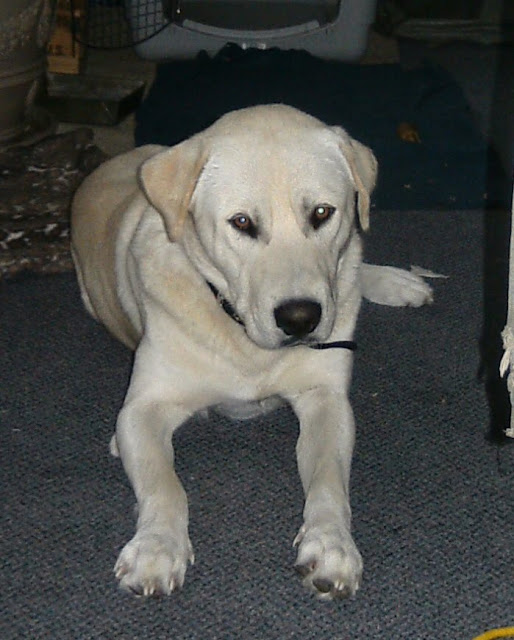 He has been with us just over a year and I have seen tremendous growth and change in him. For the first six months, he had a troublesome look of sadness in his eyes. He loved his first owner and could not understand the abandonment. He always had a far away look in his eyes.

His anxiety we are still working on. The majority of it has left slowly over time. Having a consistency of steady love and care, that gives way to a show of appreciation and gratitude. We had to take everything in baby steps, like leaving him home alone with Blaze. The fear that we wouldn’t return, even for short periods was especially torturous for them. Gradually we gained their trust that we would always return and the anxiety began to decrease. Though it can still return with a new experience. 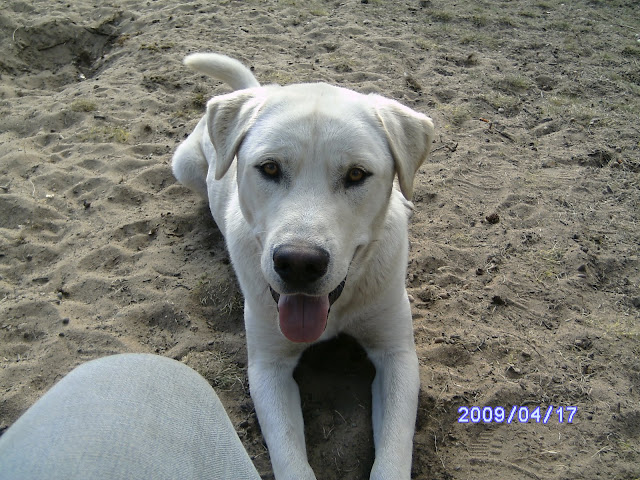 Chance reminds me a lone rebel. The tough guy that is on the road alone looking for something, yet he doesn’t know what until he finds it. He is a softie at heart, will curl up in your lap, lick your face, and will do anything to get the attention away from Blaze. His yellow eyes are piercing like an eagle and he will let you know when he doesn’t like something by just looking at you. He is serious and yet comical. He reminds us of the cartoon dog, Scooby-Doo.  To him, everything, including play is a job that he is committed to 100%. He is excellent at dog sledding for this reason. He is also an excellent guard dog and is constantly on the look out. 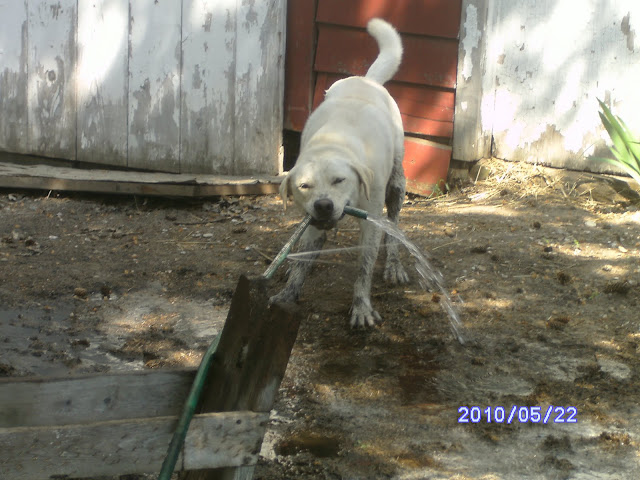 
Any kind of food. He loves the water hose. He pulls it all over the yard, digging puddles with the water, drinking the water and having his own tug of war. He loves jumping and leaping after toys on a swinging rope. He enjoys to dominate and antagonize Blaze. He also loves charging the door that separates front and back dogs. 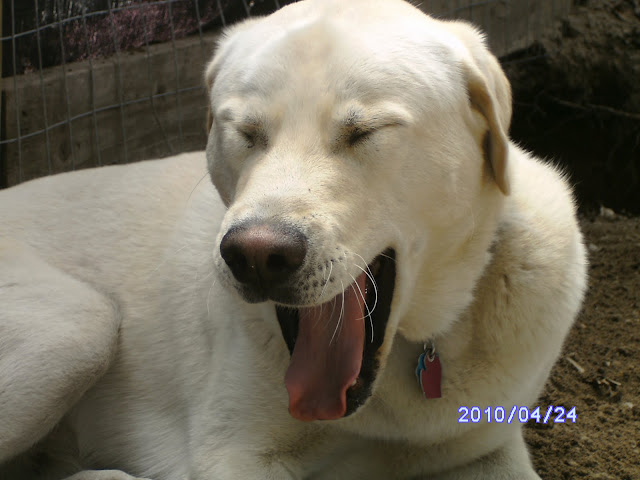