I'm angry.  Yes, about the world situation, but this anger is a little more personal.   I'm in the anger phase of my grief of losing Chance, Blaze and Fiona.  I've been here before, but it is sticking around as I get to the core of it.

I'm angry that life has left me with one dog.  Don't get me wrong, I am more than grateful for Zappa, but I miss having a house full of dogs.  I feel cheated in some ways that Fiona, Zappa's partner, isn't here.  I am angry God took all three, practically at the same time.  I have no problem being angry at God and telling him how I feel, but in the end God always wins.  I mean, the dogs were 13 years old.  They weren't going to live forever...maybe it is the cancer I'm mad at.  Why did they have liver cancer and die from it?  All of the 24 Paws that have died, have died from cancer.  Maybe Zappa will be the first who doesn't.  Maybe that's why he is here.  Among many other reasons.  Zappa doesn't seem to be hurting from having all our attention.  I think as he has healed he knows we are at his beck and call and he is lapping it up.  I think we have pretty much concluded that we won't be getting a dog for Zappa.  He is the last of the Paws and we want to honor him for that.  Sometimes I think another dog would be good for him, but the thought is temporary.  I don't see a long term positive for him.  Zappa needs all our attention in these tender years.  And we need him as a representative of the Paws.

Funny how God works, I thought I'd be ranting and raving, but, really I'm content and at peace.  I know later tonight, the anger will come, even though it is already subsiding as a whole.  I never know what might be next, but I've made it this far already, so I think I can make it.

Hope everyone is having a good day.  Remember to hug your dog. ♥ 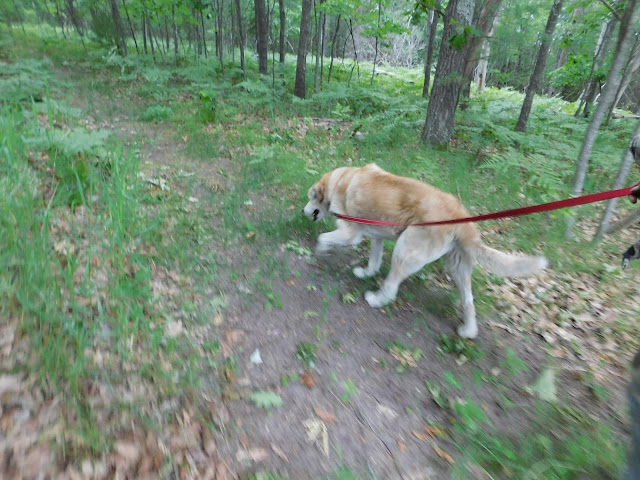 Posted by 24 Paws of Love at June 29, 2022 No comments:
Email ThisBlogThis!Share to TwitterShare to FacebookShare to Pinterest
Labels: 24 Paws of Love, cancer, grieveing death of dog, Zappa

It has been just over a year since losing Chance, Fiona and Blaze.  I think their anniversaries were harder than their initial death in some ways.  When they died we were in shock, which blocked a lot of things out, but after a year it was inevitable that the loss was real.  I fell into a horrible, dark depression after their anniversaries that I didn't think I would live through and I just wanted to die to be with them.  That's when I knew I'd hit the bottom in my grief and there was no where left to go but up.  And here I am.

We all went through a tough time around that period.  Zappa had a serious UTI with three different bacteria, that we struggled to catch.  After a strong antibiotic that almost killed his appetite, we were praying he just get through it, as he was rapidly losing weight for those two weeks.  And he did make it.  He is like a new dog, almost puppy like and feeling good.

And of course, Mark was worried sick about both of us.  He was the one holding us together as much as he could while dealing with his own grief.  Believe me it was one day at a time.  One minute at a time.

The highlights for me were taking Zappa to laser therapy for pain in his back and back legs.  Even though we still have to give him a sedative, I think he's getting used to the routine and the procedure.  We are still seeing improvement or at least making the pain manageable going once a week for treatment.  Zappa also received a medicine called Adaquin, for his joints and that made quite an improvement.  We did eight treatments (two shots a week) for four weeks and now he's on a maintenance dose once a month that he will get later this month.

I think overall we are doing OK.  That first year was so tough.  I don't know how we made it through it, but we are all doing better even with the sadness of the loss.  We are so grateful Zappa is still here with us, just that alone is a huge comfort.  Every day is a gift.  Hug your loved ones, time flies so fast. 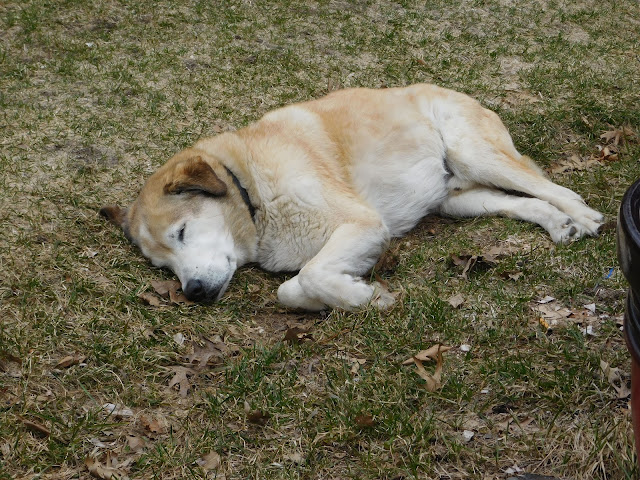