No one truly knows how the spiritual world operates and the realms that it can take.  When we found out a dear dog friend Tiko was very ill all we could do was pray. 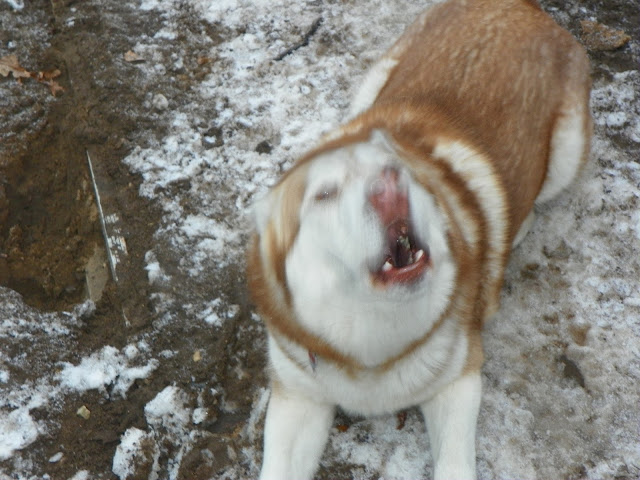 That night I broke into gut wrenching sobs, thinking about Brut and how I thought the second year of him being gone is going to be harder than the first.  I said so to my husband, Mark.  So far I hadn't been wrong.  For the last couple  of weeks I'd been wrestling with my past and the loss of Brut was becoming more permanent as the days wore on.

The next morning I got up and tears spilling in abundance.  I couldn't stop crying.  My heart was breaking every which way.  They were fresh tears, tears of a new sadness with a deep grieving in my heart.  I felt Brut gripping onto my soul and I couldn't understand the intensity of this grave sorrow.  Even though it had been coming to a crescendo , it felt like it was hitting all at once. 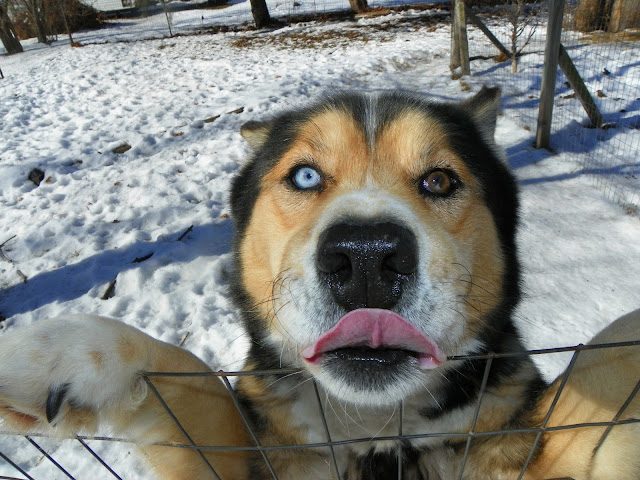 Mark came home around noon, his face reading that everything was wrong.  I thought he was crying about Brut, when he told me about Tiko.  Tiko had died the night before.  And when he told me that, I thought, that's why I was crying so hard.  And just like that the tears stopped.

I felt Brut holding my heart with Tiko by his side.  Tiko was finally at peace and that was worth all the tears that fell.  Little did I know as I cried for Brut, I was also crying for Tiko.  It was a beautiful touch for two kindred souls that I love and miss.

May they both rest in peace and forever in my heart.  Amen.
Posted by 24 Paws of Love at July 28, 2016 4 comments:
Email ThisBlogThis!Share to TwitterShare to FacebookShare to Pinterest
Labels: Brut, Brut Thursday, spirit, spiritual connection

To the Second Bad-Ass Dog We Have Ever Known 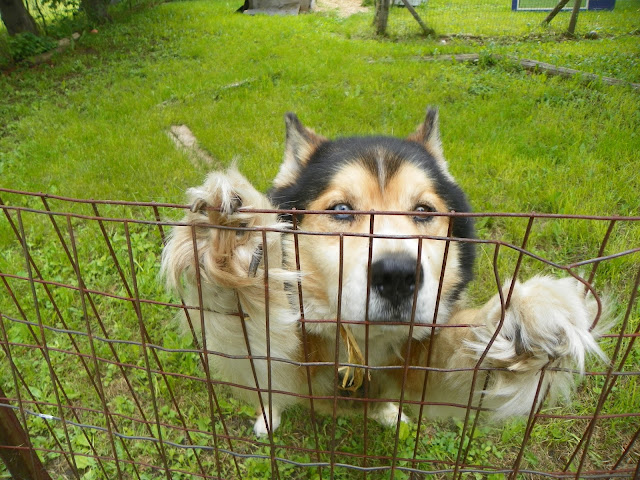 In my book there aren't too many dogs that can top Brut, but there is one that came darn close.

His name was Tiko. 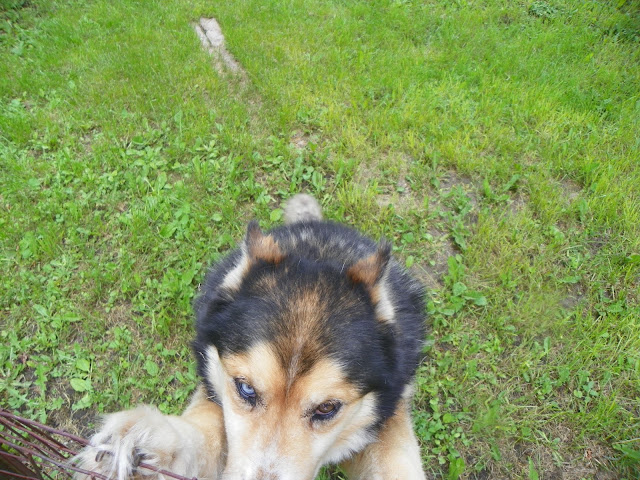 He was the coolest Husky mix we have ever know personally and at one point he was going to be the father to Blaze's children...sadly though he came down with testicular cancer and that was the end of that..

I can not tell you what it was about Tiko that was so awesome, whether it was his bad-ass look, attitude and stature.  There was something deep in those eyes, like there was already a piece of me inside of him after one meeting. 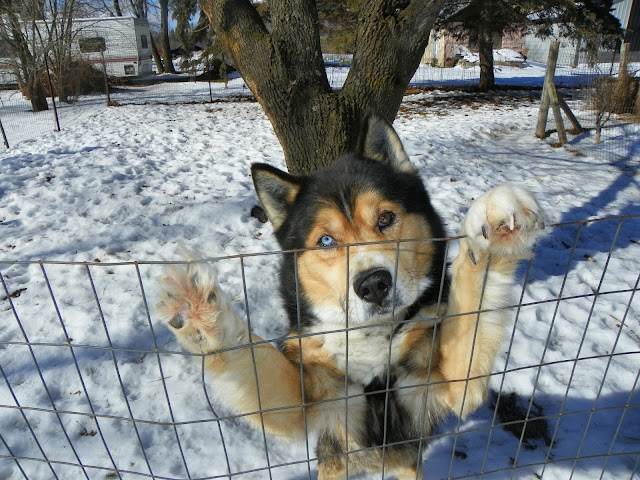 His one blue eye and one brown eye threw me off as if not knowing which to look in, questioning him, while he just gazed profoundly into my heart and soul.  Owning me without question, in a way a Husky does and I'd only felt with Brut.

Our meetings were always brief but intense and were scattered throughout the years, but we built a relationship quickly out of the time we had together. 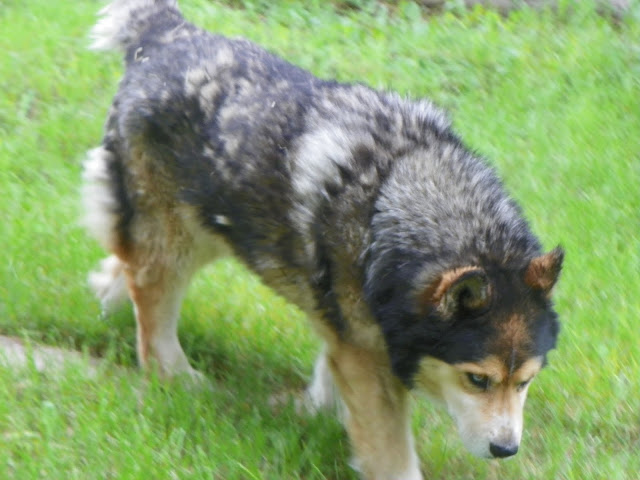 Tiko did not get the recognition or care he should have had through his life.

Tiko was the only dog that I would have considered breeding with Blaze.  The only dog I felt that was worthy of her.  When he couldn't, the dream ended.  We never found another dog that was even possibly close to Tiko.

Tiko was the only dog I would consider being second to Brut.  Just as with Brut, there was something about Tiko that was more than remarkable and noteworthy.  He had an aura about him that was like none other.  A complete individual with his own thoughts, feelings and attitude.  He was just bad to the bone like that.

Brut and Tiko would have killed each other if ever to meet, but now they are heaven's warriors fighting crimes against dog and animal cruelty.  Two dogs as opposite as can be yet with that same bad ass spirit.  May you rest in peace Tiko and find the justice you deserve.
Posted by 24 Paws of Love at July 26, 2016 2 comments:
Email ThisBlogThis!Share to TwitterShare to FacebookShare to Pinterest 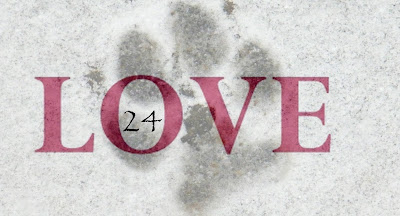 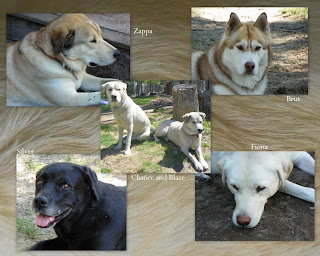 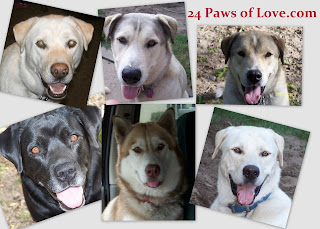