Would you/ Do you own a slobbery dog?

The closest I've come to owning a slobbery dog is having a slobbery cat!  He wipes drool all over my hand when he rubs his head on me. It completely grosses me out.

Our dogs might foam or drool around food or if they are hot. Even though it only happens once in a while and I find it disgusting, it is within reason.

Some breeds of dogs does drool continuously...I don't think I could handle it.

My gag reflexes go on overload when I see a drooling dog.  I don't think it is something I could get used to over time or for my love for a dog.  It is just one of the things that puts me off about dogs and I don't see it changing any time soon.

So how about you?  Could you live with a breed of dog that slobbers all the time? 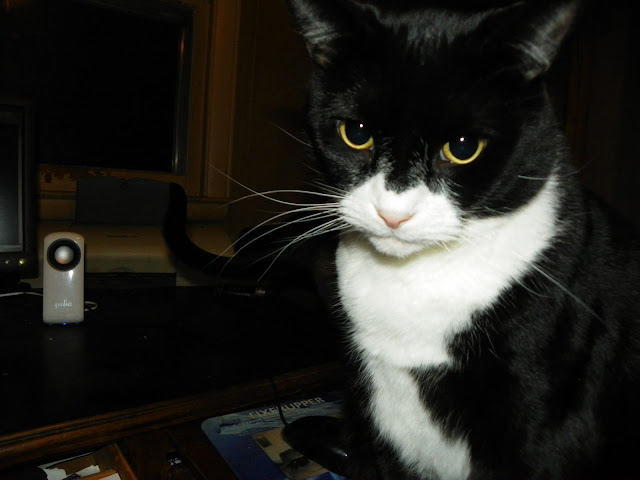 I do not slobber!  It is my love juice.
Posted by 24 Paws of Love at February 28, 2017 1 comment:
Email ThisBlogThis!Share to TwitterShare to FacebookShare to Pinterest
Labels: breeds, dog, dog attraction, dog behavior 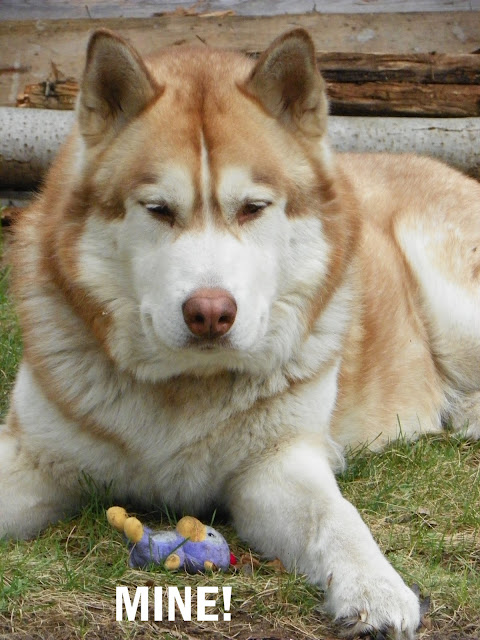 For Christmas I had a sweatshirt printed with a picture of Brut on it for my husband, Mark, the year we lost Brut using the above picture.

The print of Brut was faded when we got it.  I don't know if it was poor quality or if that was the way it came.

In less than a year, you could barely see Brut anymore, it had faded so badly. 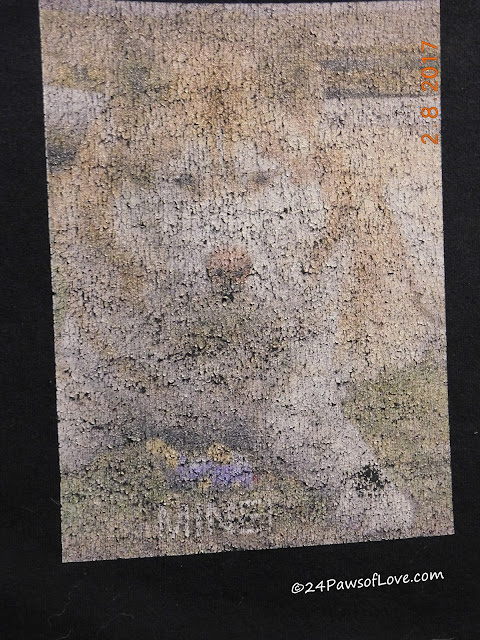 So I bit the bullet and painted over it with fabric paint.  And it turned out like this: 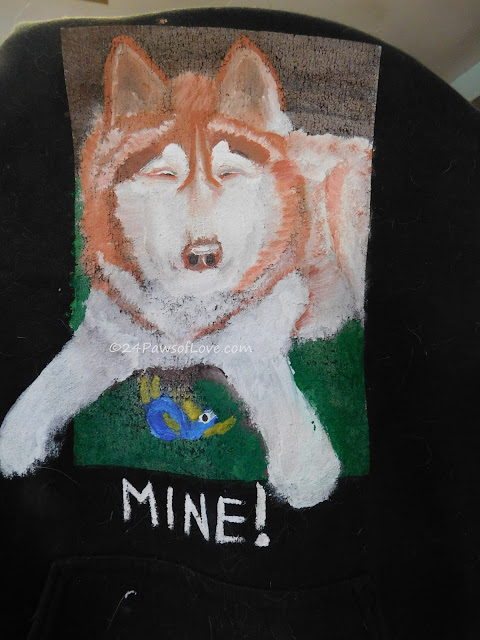 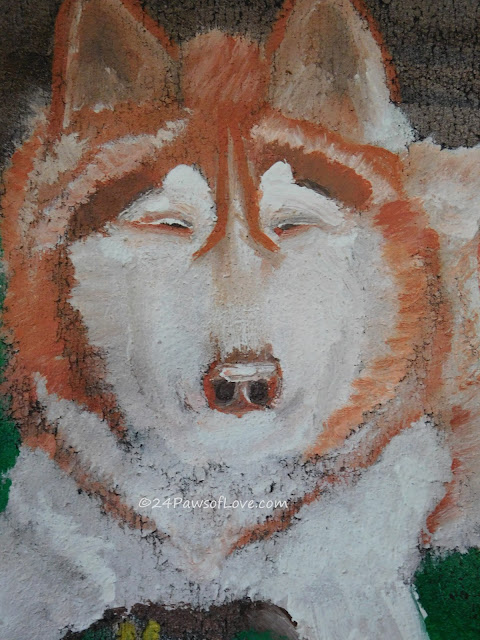 It is the closest I've been able to come to painting Brut.  It was a very healing and spiritual experience and I don't know that I ever want to do it again.  LOL!

Mark loves the shirt especially having Brut stand out so bright and strong, just like the dog he was.  Awesome! 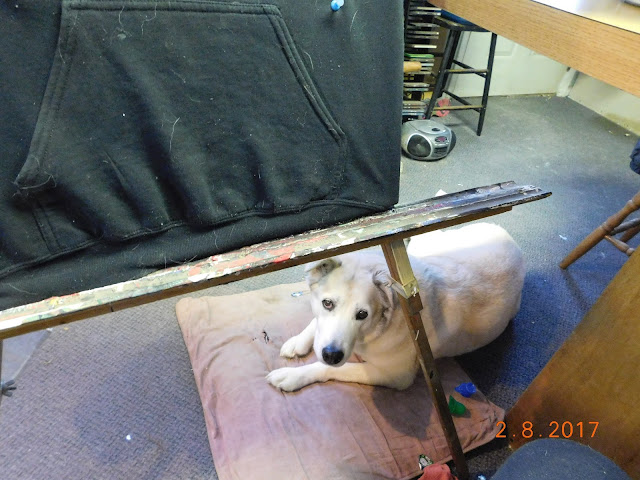 And I couldn't do it without my little helper Blaze.  Sticking right by me and guiding my every move!  Thank you sweetheart!
Posted by 24 Paws of Love at February 22, 2017 6 comments:
Email ThisBlogThis!Share to TwitterShare to FacebookShare to Pinterest
Labels: Brut, paw art

The resting of the new Queen 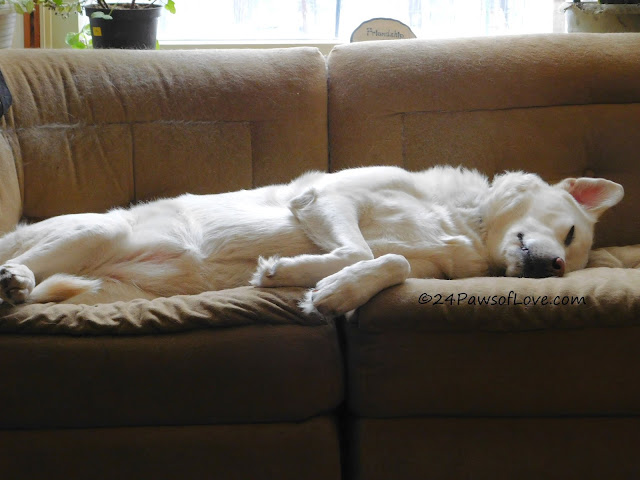 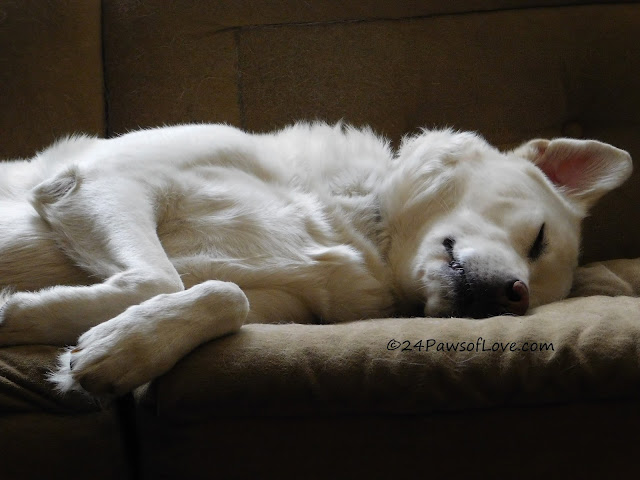 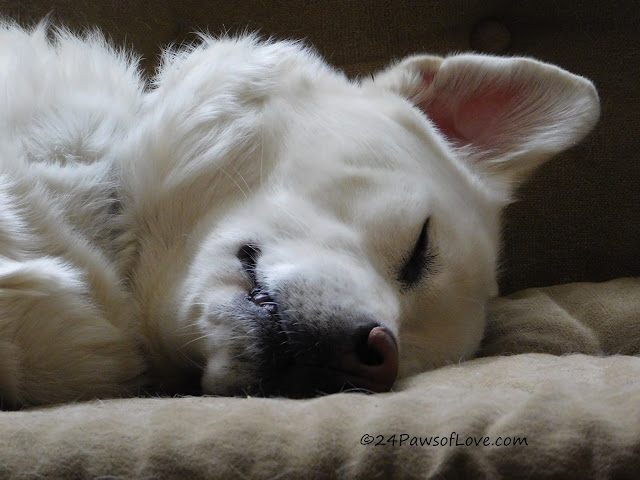 Posted by 24 Paws of Love at February 18, 2017 2 comments:
Email ThisBlogThis!Share to TwitterShare to FacebookShare to Pinterest
Labels: dogs sleeping, Fiona

Silver's Song and the Power of Music

Long time readers may remember that our animals whom have passed on have a song.  While there may be personal meaning or not with the song, these songs start playing in my head and fit my relationship with that pet.

Silver has been the exception.

I've had a slew of songs running through my mind that all fit in some way or form, but nothing that really sticks.

And then I heard Aerosmith's song "Dream On" and something clicked.  Being that Silver was the mother of the group, she has taken care of all the dogs and me.  She always knew the right thing to say or do at just the right time.  Silver always understood what I was feeling, as only a mother could.  She didn't try to change my feelings when I was down, she would just come and sit next to me and feel it with me.

"Dream On" has always been a favorite song of mine and one I would call epic.  I felt this song come straight from Silver's heart to me.   Instead of me giving her a song, Silver gave one to me, in her motherly ways telling me never to give up on my dreams.  Gives me chills just listening to it.  My girl, reaching out to me when I need it most to "Dream On until my dreams come true."

Posted by 24 Paws of Love at February 16, 2017 4 comments:
Email ThisBlogThis!Share to TwitterShare to FacebookShare to Pinterest
Labels: Silver, song

We were finally able to get out dog sledding a few weeks ago.  We just beat the January thaw by one day.

This is Blaze (left) and Chance (right) taking you for a trip down our road before we try and turn around.  Going forward is great, but since we don't have a circuit to run, we have to go down a straight road and turn around.  After that it's just a tangled mess with dogs who think they are done pulling and in charge.  lol

One thing I love about dog sledding is it still gives me a rush that can't be matched.  It is an awesome time with the dogs, no matter what happens and it is just a thrill to know they still love doing it.
And really that's what it is all about.  :) 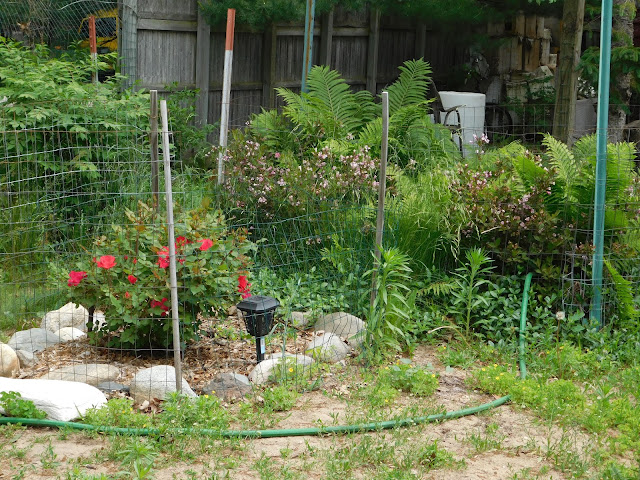 So how about you?  What do you prefer burial or cremation and why?
Posted by 24 Paws of Love at February 06, 2017 3 comments:
Email ThisBlogThis!Share to TwitterShare to FacebookShare to Pinterest
Labels: Brut, burial of pet, cremation of pet, death, death of a dog, Godfather Alex, Momma Dog Silver, Silver 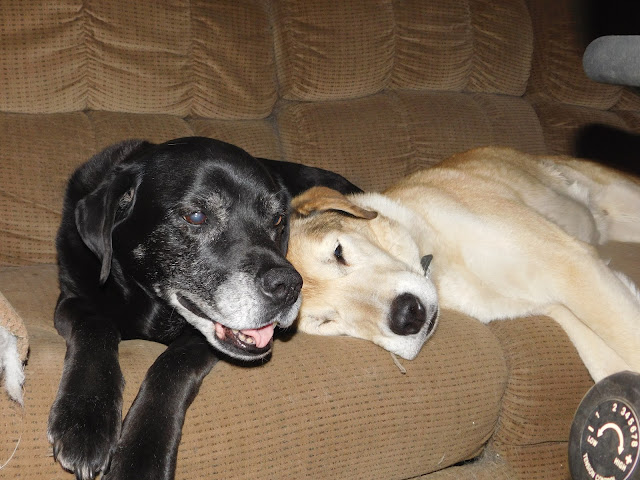 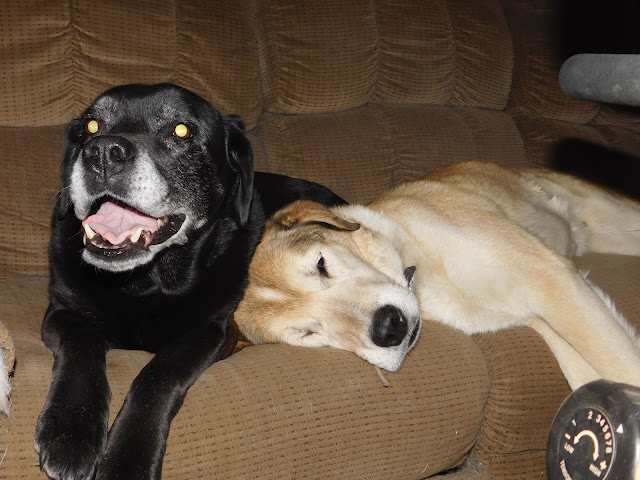 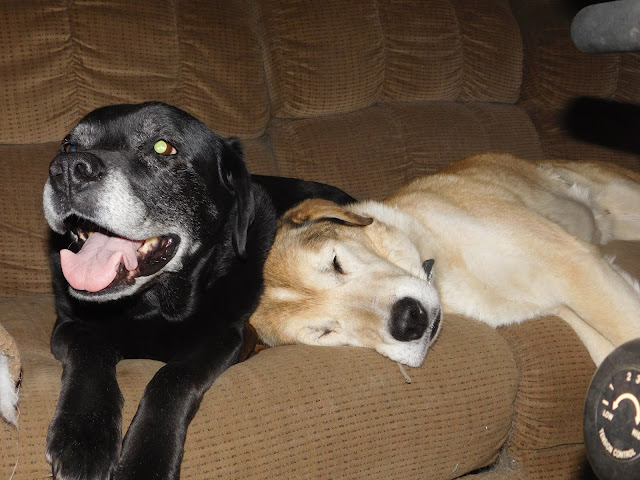