There's been a lot happening here at the 24 Paws of Love, so it will take a few post to get it all in.  The best and most exciting news is in relation to the post about Silver's Last Song.  It seemed like within days of writing that post and sharing how quiet the house was since Silver was the one who always starting the Howling Choir, the four pups sang!

Blaze started it, followed by Chance, then Fiona and Zappa.  They sang their little hearts out.  They blew the roof off and it was beautiful.  So completely awesome.

So all it takes is Blaze to start and the others follow.

And the Howling Choir tradition carries on with this little girl... 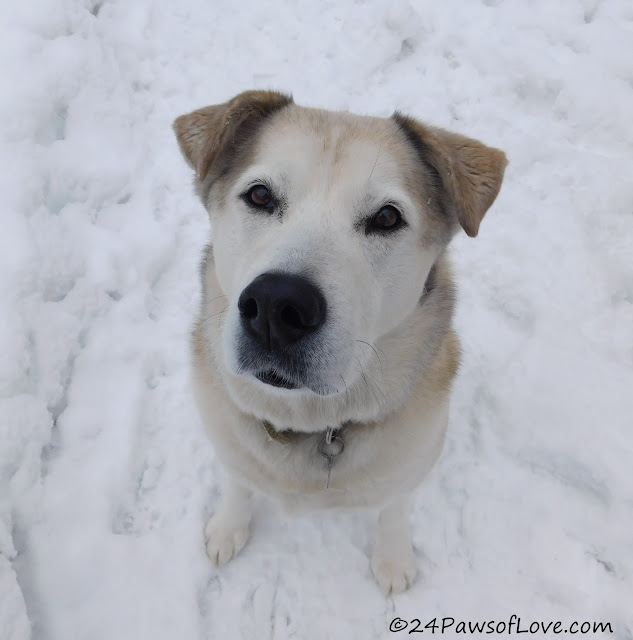 And this is just the beginning of the good news.  Stay tuned for more!
Posted by 24 Paws of Love at March 28, 2017 2 comments:
Email ThisBlogThis!Share to TwitterShare to FacebookShare to Pinterest
Labels: Blaze, howl, Howling Choir, Silver, song

It's been 10 weeks today that we buried Silver.  It seems like it was so, so long ago.  Like eons of time have past.  Sometimes it seems so long that I wonder if she was ever really here.  I can't explain how it feels but it is an eerie feeling.  I see and feel all of the aftereffects of her death, the dogs, the cats all still stressing now that the mortar of the family is gone, but I don't feel her.  I don't feel my Silver.  She has just vanished somehow, someway, in ways I don't understand.  It leaves me so empty and open and vulnerable.  I feel like I can't reach her and will never be able to do so again.

Grave sadness that kills the soul.  I've lost my girl.  My Silver.

This is how I feel:

Posted by 24 Paws of Love at March 24, 2017 2 comments:
Email ThisBlogThis!Share to TwitterShare to FacebookShare to Pinterest
Labels: death of a dog, feelings, Silver

At first when Brut died, Fiona took over the pack, as she has always done when Brut was away.  His death was no different, she took the leading role and kept everyone in line.  When Silver died, things stay the same for a little while, Fiona keeping them together, but eventually as time has worn on  Zappa is taking the place of Brut.  He gives off warning barks to Fiona who turns her head or when with hubby, Mark, is on the couch with Zappa, Zappa becomes possessive.  Just like his dad, Brut.  Only not to the degree that Brut would have taken it, but all with the same attitude and style.  As if to say, now we are going to play by MY rules!  It is my turn to be KING!

He is so ready to prove his royalty to Chance, except with Chance, Zappa doesn't stand a chance.  Any one-on-one they have had together, Zappa submits to Chance and in all actuality is scare of him.  No matter how many times he barks otherwise.

It kind of tears me up that Zappa is acting like Brut and carrying on about himself.  He has really come out of his shell, with the death of his parents.  It is amazing how much they can really change when the pack changes.  Zappa has never been innocent.  I've seen this sly side of him many times through the years, but it only came out in little blips.  Now it full fledged.  It's a lot to take in, in such a short period of time.  Silver's only been gone 9 weeks.  It is like Zappa and Fiona are babies anymore and suddenly grew up.  So hard to believe sometimes.  Hard to imagine.  And it makes for interesting pack dynamics.

I just wonder what it will be like now, when we start the integration between the two packs....


Posted by 24 Paws of Love at March 20, 2017 2 comments:
Email ThisBlogThis!Share to TwitterShare to FacebookShare to Pinterest

Brut Thursday, a day late, but not forgotten. 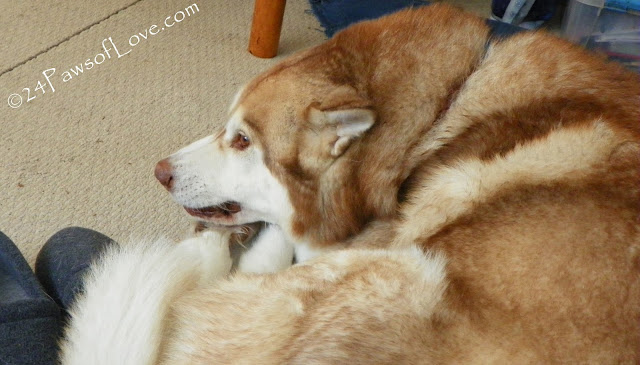 I was thinking about Brut today.  My husband, Mark and I were a little huffy with one another and I my boy came to mind.

Nobody really understood Brut's anger issues.  I don't even think Mark could fully comprehend them, but I got it.  It made total sense to me once I discovered his puppy hood before us.  I knew what it was like to be betrayed and to fight for yourself by yourself.  From a depth that is scarring and sacred, you hold on to survive with that last breath.  Because it is all you have.  It becomes all you know as the fear swells in you, fighting to destroy everything you have, your heart and soul.  You become the fight you feared to save them.  Only to find you are killing yourself in the process. So you thrash harder not understanding why it hurts so.  But it is the only way you know.

I don't know how Brut and I ever picked apart all those needles in our gut, but we did it together.  I don't know that either of us "healed" right but learned in each other that we were not alone in our fight.  In fact Brut taught me how to fight and stand up for myself turning that turmoil inside out.

Brut had a way of calming me because I was understood.  Something I hadn't found in my journey until him.  I witnessed first hand the "home" life he had before me.  Vicious.  Daunting.  Many angry dogs all living on survival mode.  Scary.  It was no wonder Brut scared the crap out of me from a young puppy.  The boy was crazy with fear.  And hurting so deep.  Was it any wonder we bonded so deeply?

To say I was blessed with Brut is an understatement.  I don't know that there is a word for it that would do our relationship justice.  I miss my boy every day.  If I didn't know his spirit is right there for me, I don't know what I would do.  Connecting with Brut is my strength.  Knowing and healing with him brings me right back here.  To this blog to share my story of the greatest dog I have ever known. 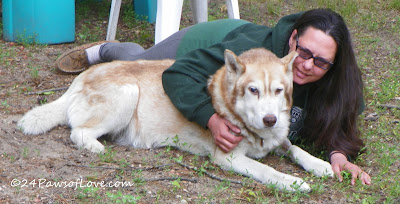 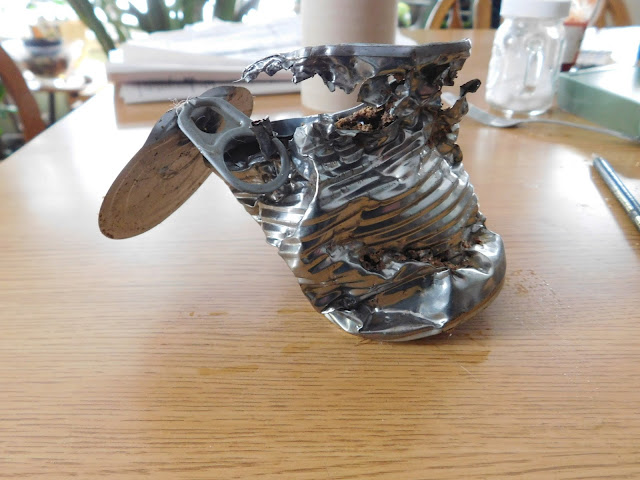 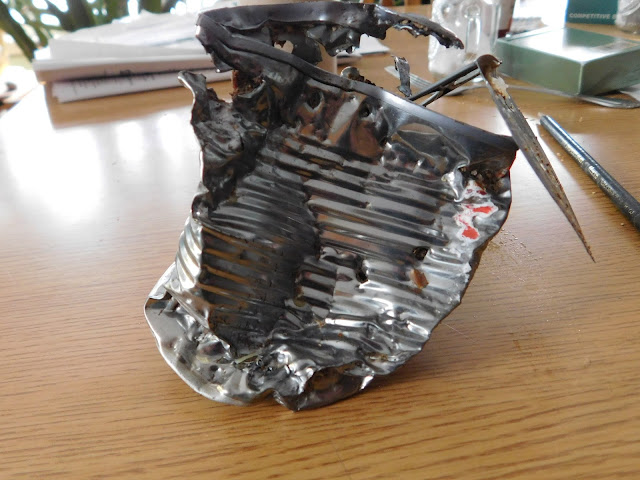 Silver sung one last time with her 4 pups the day she died.

For the most part Silver was the one who would get the dogs singing and  which started the Howling Choir. She always got everybody to sing along.  They usually sang about 2 or 3 times a day. Their music bust through the walls. You couldn't stop to think.  You just had to listen or sing along.

I miss my girl and the dog concerts.  Some things will never be the same again. 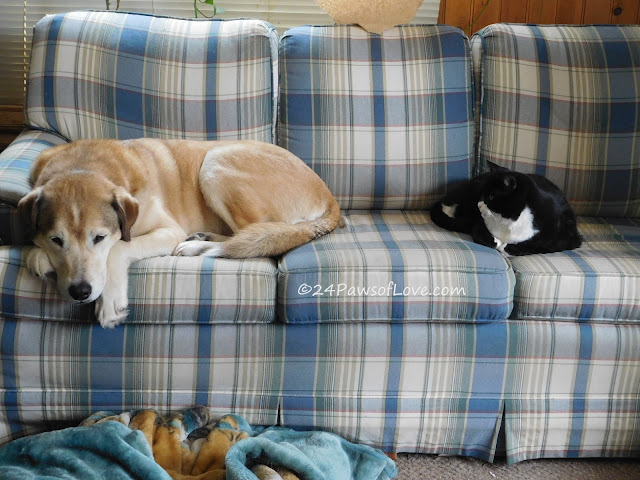 Excuse me, but you are on my couch, Zappa. 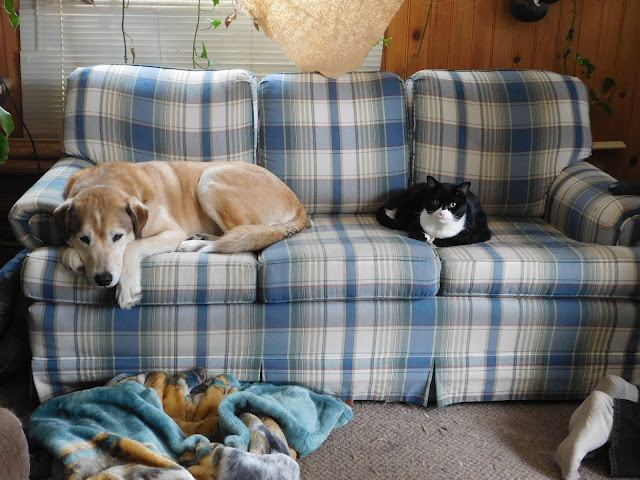 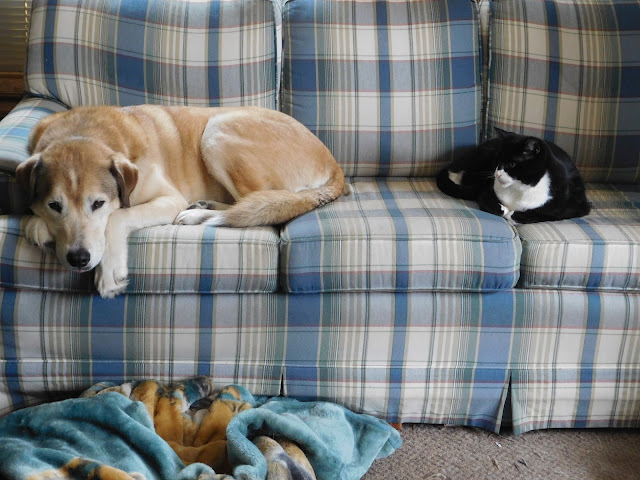