The jealous monster (aka Zappa)

Ever have one of those dogs who has to be the center of attention?  The ones that turn green when other dogs or humans get any attention?

That is our Zappa. 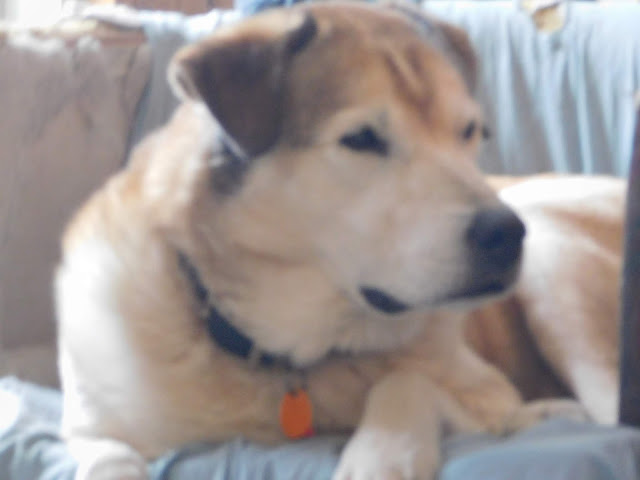 Not little ol' me!

His jealousy of the Front dogs getting anything can be heard around the world.

Zappa was so riled up about the Front Dogs getting a treat, it turned into a fight between Fiona and him.  I missed it being on the other side of the door, but thank God they stopped before I could get to them.

Zappa has these jealousy fits, mixed with his aggression towards Chance and he literally has a tantrum.

He is the court, the judge and the jury.   He thinks he is top dog and will do just about anything to fight for that title, even if he always loses.

He drives me crazy with all of the mouthing off he does due to his jealousy and injustice that he swears is being done to him.

This competition has been going on since day one with Chance and Zappa.  Right from the day they were born and every day after.  Competing for food, weight and that top dog position.  All Chance and Zappa did was pick up where they left off when Chance came back to live with us.

It has been a long 11 years, when it comes to these two, but more so with Zappa, now that his mom and dad, Silver and Brut aren't here to keep him in check.

The one that tries to get all the attention.  That one.

He's lucky I love him.  lol

Do you have a green-eye monster dog?