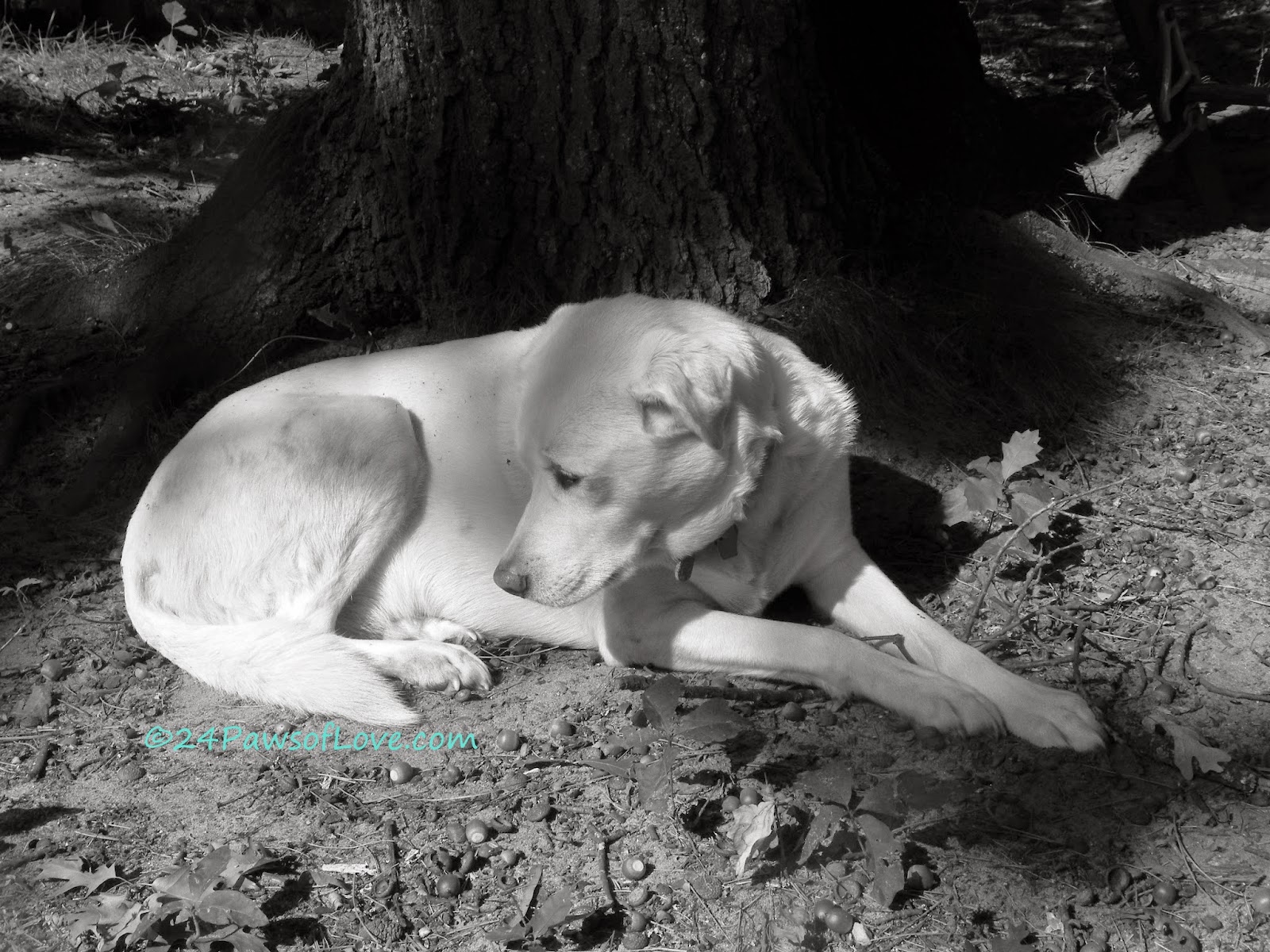 Let me share my doggy awesome moment with you and then you can share one with me!

I woke up.  I had slept in and was late.  The day was off to a horrible start and all I wanted was to turn around and crawl back in bed.

This feeling carried on for a while and I didn't think my day was going to get any better.   Then as soon as I began to visualize my project I was working on for the day...

All the dogs started singing and howling and carrying on as loud as they could.

I could feel their voices draining out the negatives ones and my entire day turned around after that great concert.

My whole day was AWESOME!

My dogs are AWESOME! 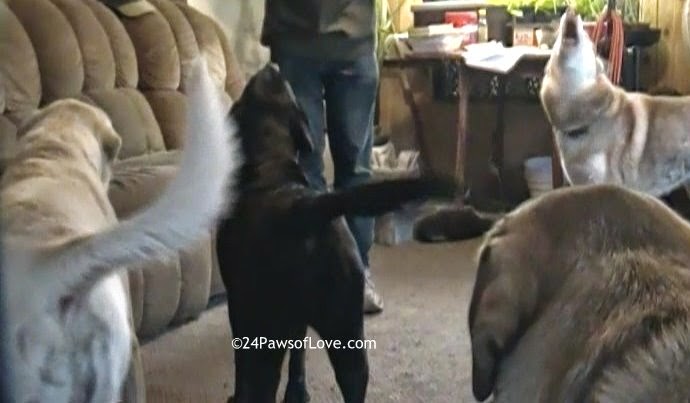 Tell me how your dogs are AWESOME??
Posted by 24 Paws of Love at September 24, 2014 7 comments:
Email ThisBlogThis!Share to TwitterShare to FacebookShare to Pinterest
Labels: dog, dogs are awesome, howl, sings

Forgive me Brut, for I have fallen in love with another dog.  He is a black wolfdog named Bastas and he has captured me.

The blog is The Wolf Crazies and I'd like to thank Rebekah (My Rotten Dogs) for introducing us and letting my heart be stolen away.  ☺

Have you seen Bastas?  He will take your breath away.  Those glowing eyes surrounded in lush midnight fur will haunt and entice you all with one look.

It sounds silly, but I feel a real connection to Bastas.  If I ever have a wolfdog, I would want one like him.

I haven't thought about it in a long time, but there's a chance Brut has some wolf in him.  It would explain what I can't explain about him.  How his aggression was so raw and wild and how there always seemed to be another element to it than just his fears.  How I could never quite understand his biting frenzies and how he scared the crap out of me as a young pup.  There was something in his eyes that was untamed and very un-dog like.  I probably wouldn't have noticed so much these "behaviors" transpired as he aged, but at 6,7,8 weeks old it was undeniable. Like letting loose a caged beast.

A friend of Brut's breeder confirmed the possibility as we were going through Brut's family history.  There's a question mark who his great-grandma is and a wolfdog near by who great-grandpa knew.  How well?  I don't know.  But I do know this, Brut and his four kids we have are all different than Silver.  Silver is the only one of the bunch who is the "dog" of the family even though they are her kids too.  She doesn't fit in with any of them, she is kind of the outsider, except for with Brut.  She is not pack oriented like the rest of them, nor does she have a temper like the rest of them.

There is a different kind of energy about the kids that is electric like Brut's is.  A fire and ice kind of intensity.  Just as there seems to be a higher sense of evolution with the five of them that Silver doesn't have.  The hierarchy is higher for Brut, Zappa, Fiona, Chance and Blaze that Silver can't seem to grasp it as is the depth of their fierceness and passion that emulates from them.  Silver seems to be at a completely different level and you almost wouldn't know that she is their mother!

And the more I read about Bastas, the more I feel I understand what I couldn't before.

Take a look at that Black Beauty named Bastas at The Wolf Crazies.  You will see what I mean.

Hello Fellow Paw Lovers! We are in a bit of a predicament with our computer and we don't know when we will be back online. I'm using a friend's computer and it won't let me post anything except the title. LOL! Take care friends and don't forget about us. We'll be back real soon! Love, Mark, Patty, Brut, Silver, Zappa, Fiona, Chance and Blaze. :)

Posted by 24 Paws of Love at September 17, 2014 3 comments:
Email ThisBlogThis!Share to TwitterShare to FacebookShare to Pinterest

We've been dragging our paws about sharing our 'new' website because mom hasn't had as much time to work on it lately, but we figure it is getting close to sledding season for those of us in the north, so we are going to unveil the beast! 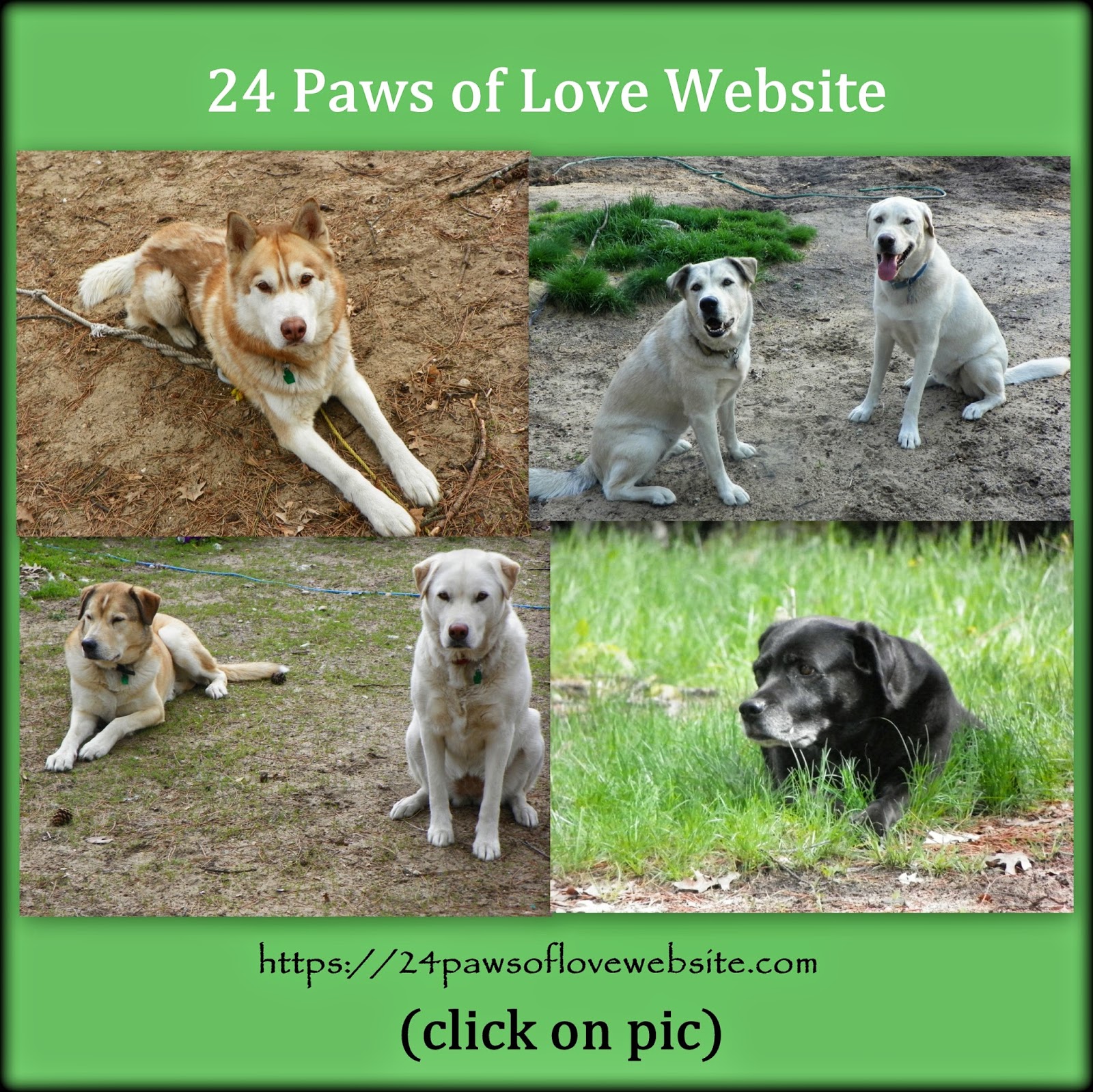 
And why did we mention dog sledding?  Cause mom was getting questions on how to get started and couldn't answer everything in a simple email.  So she put together this website that has all kinds of valuable info for anyone who is thinking about getting started.  Not only that but you can ask questions and leave comments in the comment section.

We also have a bit about how our family got started and some other great tips and helpful ideas regarding dogs.

It isn't much, but we are awful proud of the dog sledding section and hope you will check it out! 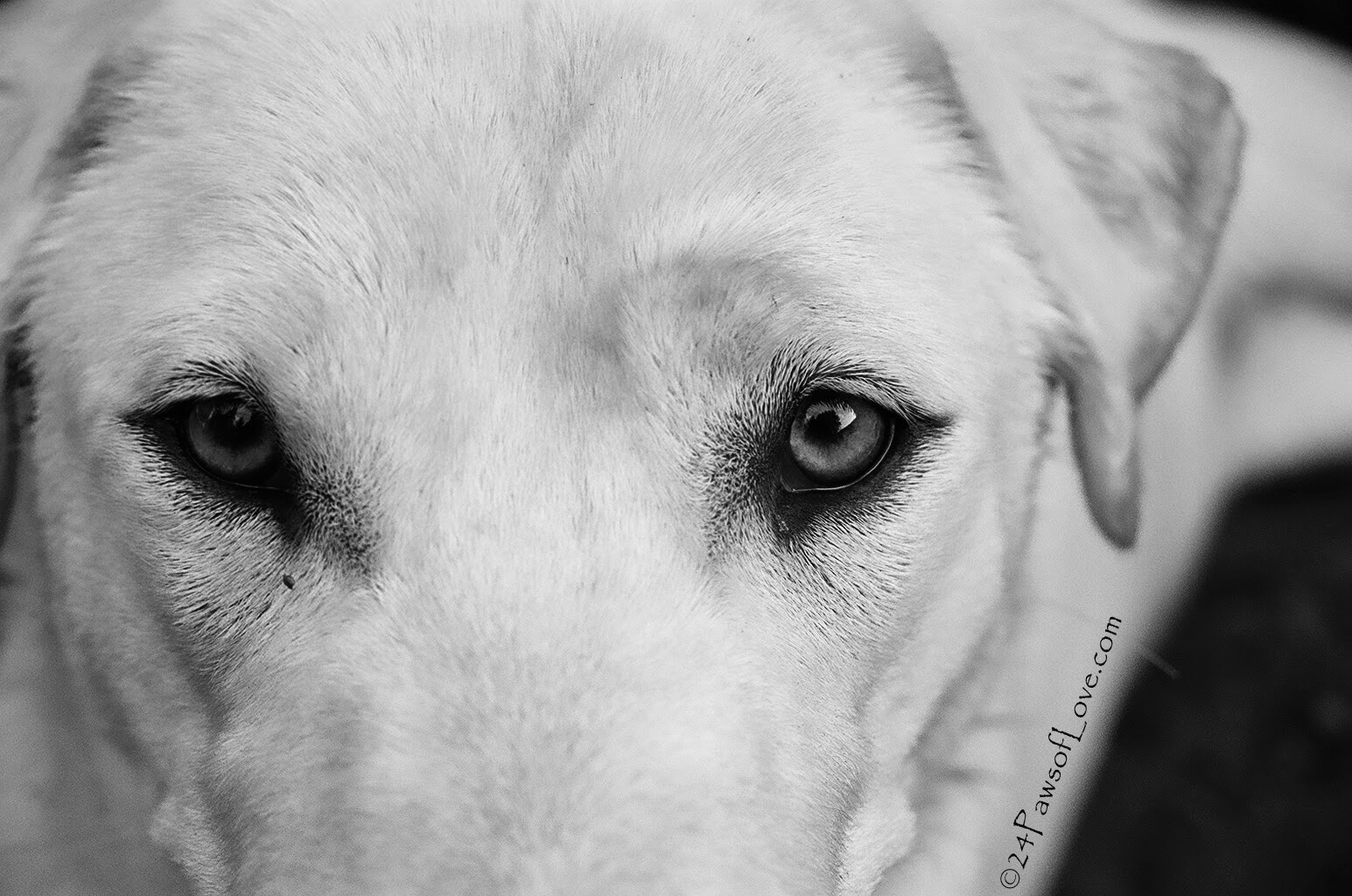