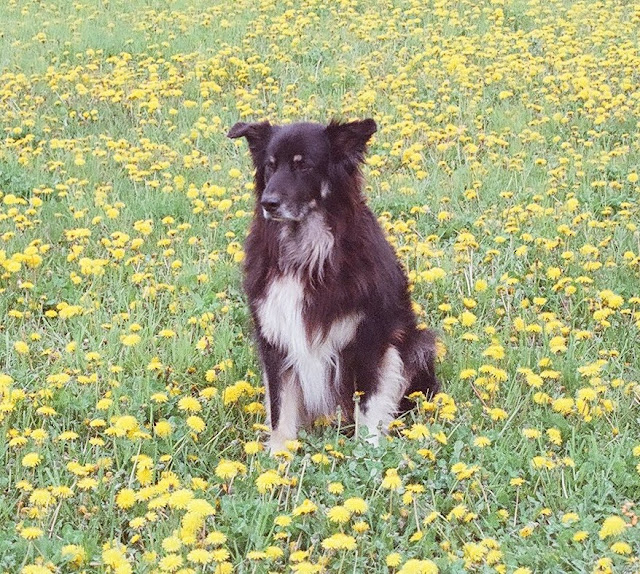 HOW ALEX GOT HIS NAME

Alex’s previous owner gave him his name. It happens to be one of my favorite names.

Daddy knew Alex and his owner since Alex was 2 years. They became best friends. They would walk down by the river and all over town. Alex knew the dog catcher better than any dog. He was always “wanted,” for running loose through town.


Life changed and Daddy moved back to his home town where we met and got married. He suggested we honeymoon back in the town where Alex lived and eventually we moved there. 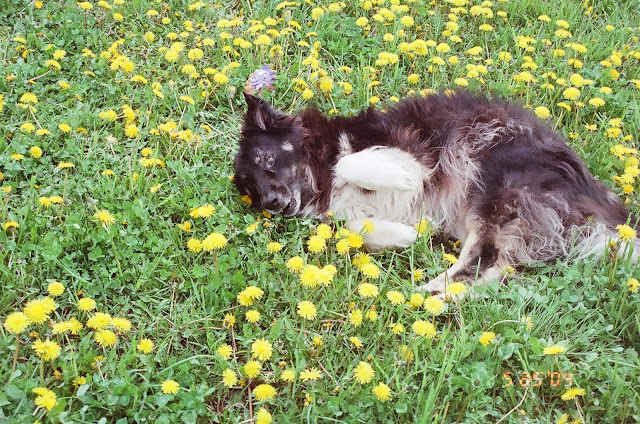 We visited Alex a couple of times and his owner and Daddy reconnected. We got a call from the owner in the summer of 2001, when Alex was 9 years old, asking if we would like to have Alex. The reasons were vague, but Daddy jumped at the chance. Alex was our first dog together.

Daddy and Alex loved each other and their friendship was never broken. When we first brought Alex home, we were so excited about our new dog, we forgot about the cats. Alex chased one of them right up the drapes! Sparky was down one life after that. The cats hid for some time after that, but they eventually became good friends.

It took a while for Alex to feel comfortable. He slowly began to open to us and his new life. It didn’t take long for the true nature of the beast to come through.

Alex was a talker. He had a loud bark and it carried. He barked in the howling position and he could really carry a conversation. It had gotten him into much trouble with his past owner, but not with us, we encouraged it. Daddy and Alex could “chat” away for hours. We have some of their discussion on film. No one could go on like Alex. 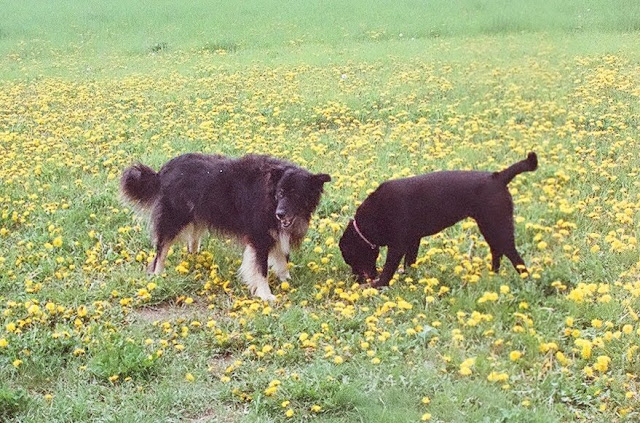 For 2 years he ruled the house and our hearts. He was our only dog and he went everywhere with us. When we decided to get Silver, Alex was less than friendly with her. He was not about to give up his limelight to another dog and made it very clear. He was 11 years old at this time and let it be known that he was the alpha dog. He began to tolerate her and after a couple months of coaxing and lots of patience he finally began to accept her. I almost had to trick him into playing with her. He eventually came around and soon they were best buds. They did everything together after that. There was no way to separate them.

Around this time is when it became apparent that his back legs were in bad shape. He couldn’t get up in the car, he had trouble walking and running and struggled with stairs. For the next few years the problem progressed and we discovered he had hip dysplasia. We continued to watch his decline, while trying to make him as comfortable as possible. We lifted him in the car, made ramps over all the stairs and bought a orthopedic bed for him to sleep on. We gave him glucosamine/chondroitin shots and pills and pain medication when his days were bad. He had a difficult time getting up and down. He would get his front legs up and drag up his back legs. We still went for short walks when he could though near the end he seemed to have no control over his legs and it became too dangerous to walk him. 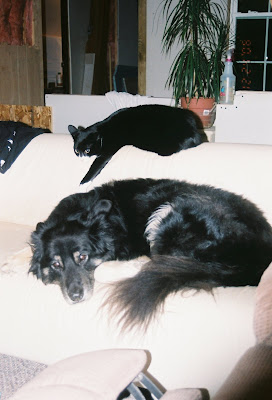 Brut was just a puppy and worshiped Alex. Brut was always trying to lay near him and be as close as possible. Alex was now 15 years old and his age had undeniably caught up with him. We had to yell like drill sergeants to get him outside, not sure if he was losing his hearing along with his legs. We knew it was only a matter of time.

When his legs finally gave out and he could use them no more, it was time for the inevitable. We had to carry him in the house, while we made arrangements with the vet. We planned to bury him and dug a grave. We carried him to the car and to the vets to say our last good-byes. Daddy held his head, while I lie down and held him from behind, as the needle went in and his eyes looked into each of ours one last time and then he was gone. 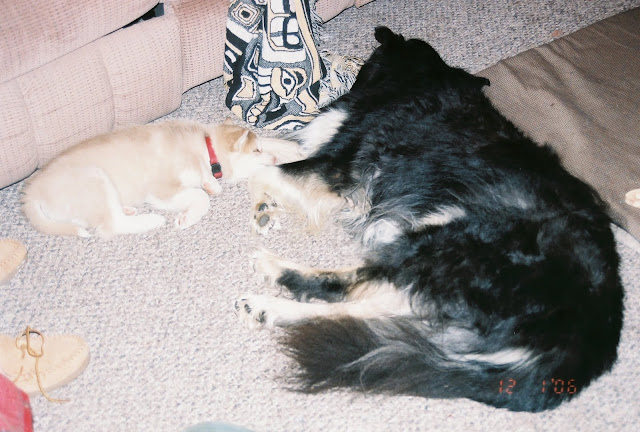 Brut was 8 months old when we lost Alex. Silver was 4 years old. It was a sad time. It was also a relief that his suffering was over. That’s what I remember feeling for the first month. After that began the grief that can still strike me today. Holidays, anniversaries, or just a memory. For over a year, when calling all the dogs, I would still call his name. I would automatically “step over” where he used to sleep. The morning after his death, I found Brut sleeping in Alex’s spot. Silver has never been the same after losing her best friend. Though I believe she sees him in her dreams. I can tell it’s him because she runs and thumps her tail, giving a happy bark while she’s sleeping. Some friends you just never forget.

You never know the true impact a dog makes on your life and heart until you lose one. How they never get tired of greeting you, whether you’ve been gone 5 minutes or 5 years. Their infectious enthusiasm for life and their tender forgiving hearts that love you unconditionally. I don’t think anyone has ever lived or been loved until they’ve had a dog. We were truly blessed to have Alex in our lives. He will be forever missed but never forgotten. 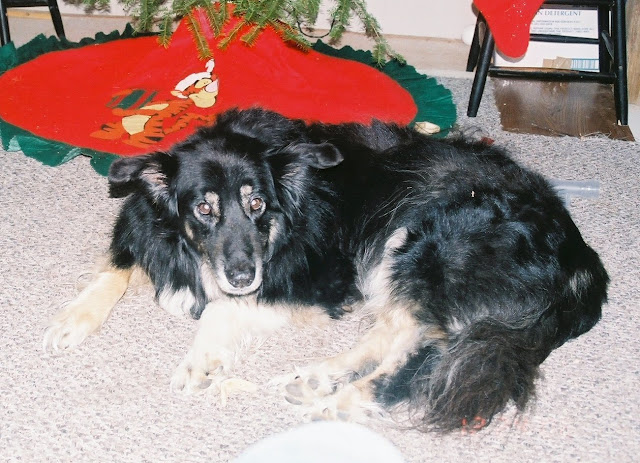 
Alex was very stubborn. I have seen the wolf in his eyes. It would come out during certain playtime. Nothing about him gave away the wolf in him, except for how he barked in the howling position and his eyes. He was caring and loving. He loved having that man-to-male dog relationship with Daddy. He always walked with pride right up until the end. He was friendly and loved to talk to everyone.


Alex loved walks. He loved to roam with Silver for deer and squirrels. He wasn’t much of a retriever, but might go a few rounds once in a while. He would also pick up his bowl of food and move it what he thought was a better location to eat. He loved Daddy. Talking was probably his favorite thing to do. 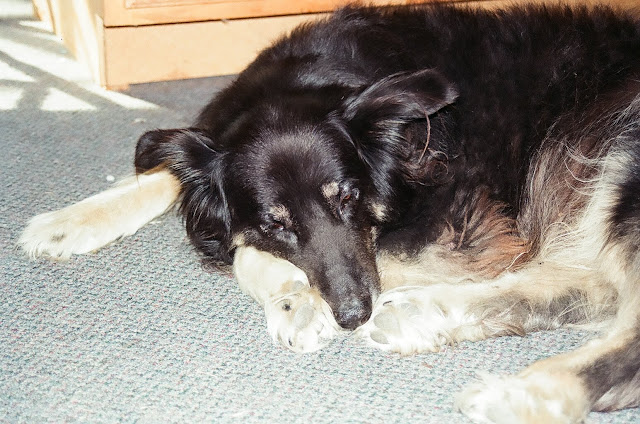