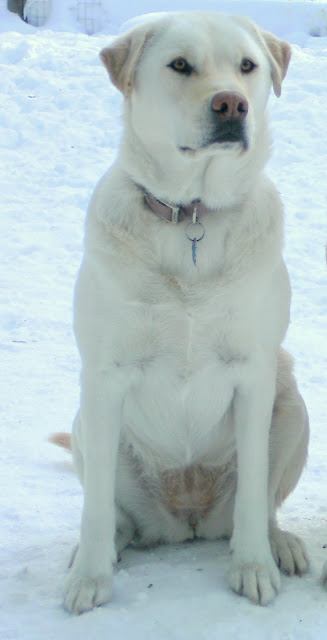 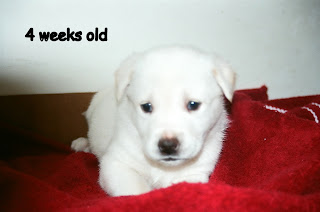 Color: White with gold tipped ears and on center back

HOW FIONA GOT HER NAME


We picked out Fiona’s name while Silver was still pregnant. We named her after one of our favorite music artist, Fiona Apple. Fiona was the runt, and after a few days of watching her fight to keep up with her siblings, we knew she was Fiona and well deserving of the name. 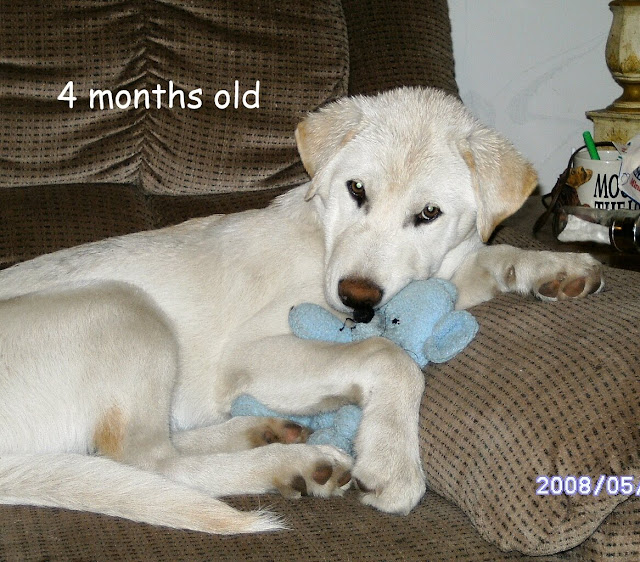 
Fiona was the last puppy born, she came out breached (feet first) and got stuck in the canal for a moment until Mark helped her out. She was the runt and we kept a special eye on her. She was a fighter and had spirit. It was watching this spirit at about 3 days old squirming with all her might to reach Mom to nurse, that we knew we were keeping her.

She caught up to normal weight quickly and was soon the biggest female out of the litter. She was sweet and darling, but she had a dominate side too. When we were down to 4 puppies, 2 of them still needing homes, she would boss the 2 other females around. When it was just her and Zappa, she did everything to dominate and stay in control of him. She was sometimes ruthless in her methods. She learned early to submit to Brut. When the serious challenging was going on between Brut and Zappa, Fiona would team with Brut to gang up on Zappa. She was safe under Daddy Brut’s wing. You could tell she enjoyed the power. Eventually this phase smoothed out. 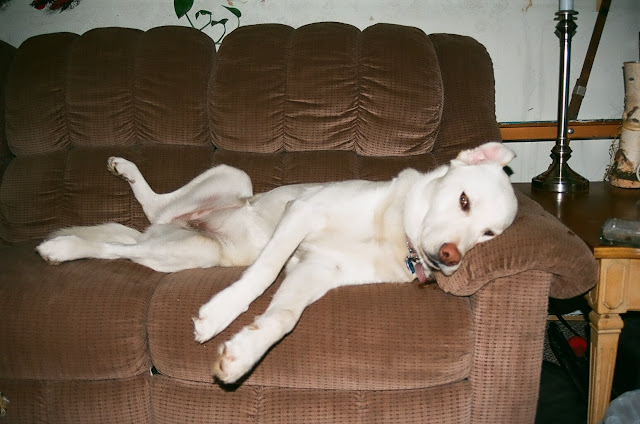 Fiona mostly pairs with Zappa for playtime, chases and challenges. She will even torment Zappa when he’s made it clear that he wants to be left alone. When Zappa is gone with Mark, she chases Brut and Silver.


Fiona is a sassy diva and uses her female power for control and to her advantage. Whether it is to get what she wants or to get away with something. She believes she has earned the right for her attitude. She is very sophisticated and loves to play Zappa and Brut in her favor. Fiona is loving and affectionate along with being silly and goofy. Don’t let her sweetness fool you, she thinks she is royalty. Fiona will glare with those yellow eyes of defiance and a stance that says, “Don’t you know who I am?” 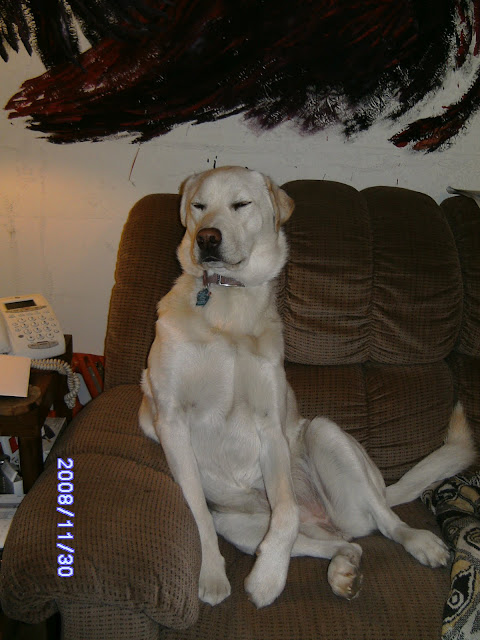 
Fiona’s favorite game is outsmarting everyone. She is fast, agile and slick. She loves to get what you have, favorite toy, food, or sleeping spot. She will not let anyone near her once she gets it. She loves to harass the cats, especially the smallest one, Princess Leia. Loves to dominate Zappa, but will tag team with him at the door separating them from front dogs.

Food. Fiona is a scrounge, if it’s not out of her reach it is hers, especially Mark's peanut butter. 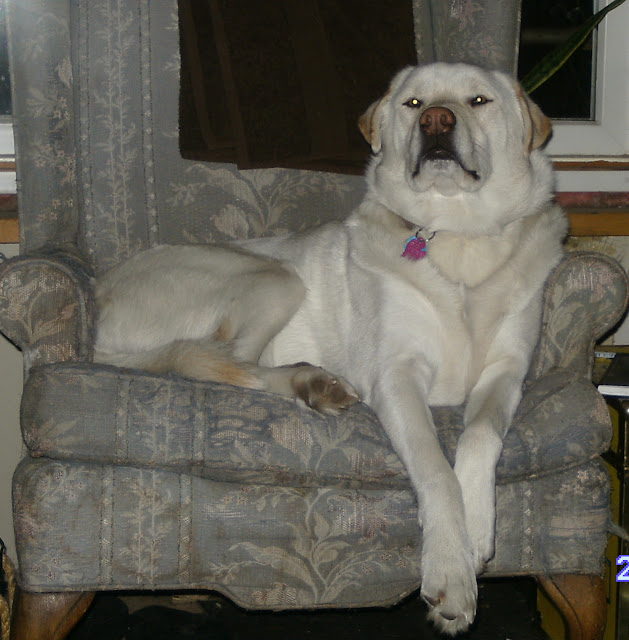 Don't you know who I am?
Email ThisBlogThis!Share to TwitterShare to FacebookShare to Pinterest
Home
Subscribe to: Posts (Atom)