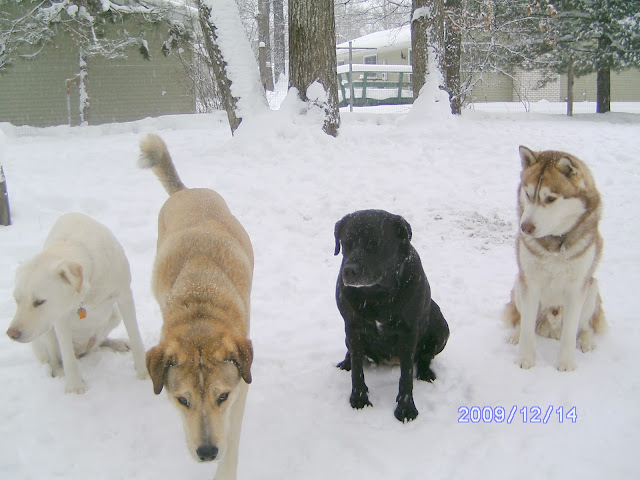 Some of you may not be aware that our six dogs are divided into two packs and you may wonder why. When Brut and Silver had their puppies, we kept Zappa and Fiona and they formed a pack, the Back Dogs. When Chance and Blaze (Front Dogs) who were part of our litter returned, Blaze at 7 months and Chance at almost a year old, both abused and neglected, to the Back Dogs they were strangers. 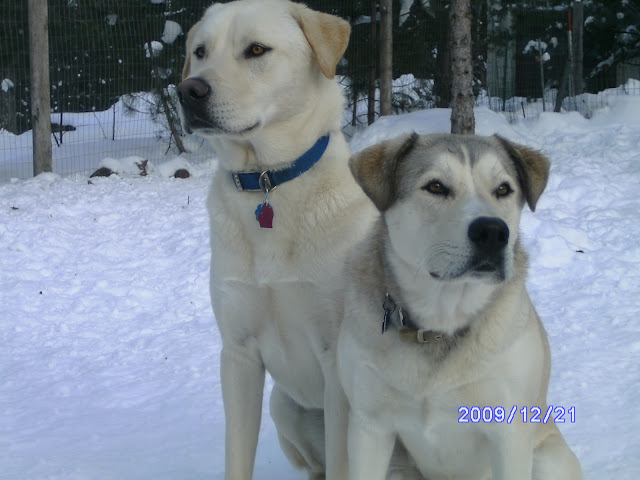 
I was just learning about socializing before Front Dogs came back, but had no ways or means to do it. That's when we decided to take BRUT to the only behaviorist within 100 miles. We were not comfortable with her or her methods and after she kicked Brut on purpose while he lay at our feet, we knew we were never going back.  See:  Dog Behaviorist Experience with Brut

After Blaze came back and the Back Dogs wouldn't accept her, I called a dog trainer for some advice on how to introduce the dogs. After giving him a complete history on the phone, he informed me of two things. 1. I didn't know what I was getting into, and 2. I was going to have to give up one or more dogs. I may not have known everything I was getting into, but I was willing to try and make it work. Giving up any of the dogs was NOT an option. Not long after Blaze came back, Chance came back. Chance coming back was a miracle for Blaze and us. She wasn't alone anymore and neither was Chance as they grew up together because their previous owners were related.

So after dealing with the "experts," we realized we were on our own to figure this out. Besides who knows our dogs better than us? There are many books on dogs, but is there a book on just Blaze? Or Brut? Or any of the others?

So we divided the house and the yard in order to make things work for this time period. Blaze and CHANCE have needed extensive time to heal from the abuse from their previous owners. Brut has needed the time to learn how to socialize within his pack and proper alpha dog corrections. We are getting very close with him, mostly from what he has learned from Zappa and Fiona. Post: Brut and the Power of Love. If we had tried to force these dogs together before their healing began to take place, it would have done more damage than good.

Zappa (Back Dog) and Blaze (Front Dog) are able to hang out together. If you read BLAZE'S STORY you'll see they took to each other shortly after Blaze came back. We still put them together when Chance goes with Daddy. There is a bit of a riff between Chance and Zappa over Blaze. They each think they saw her first.

Silver (Back Dog) and Chance (Front Dog) are also able to hang out together. Silver usually struts her alpha dog style during playtime, but her defenses break down enough in order for a few rare moments of connection with Chance and it is well worth it. We have also taken one Back Dog and one Front Dog for walks together as well and each time have noticed more and more improvement.


There have been many challenges along the way but each step has been a reward. We had our header photo (below) made to give a visual of the integration between the two packs. We know we have a tough road ahead, but we have plenty of time to do it. We believe in taking things slow, for the dogs and ourselves. We want to make sure that each time there is contact it is positive and productive. We have always believed everything happens for a reason and as this journey has been unfolding we have come to trust that even more. We believe by design we are taking the road less traveled, and we have the faith and trust that bringing these two packs together will someday be a reality. No matter how we look at it, they are still the 24 Paws of Love. 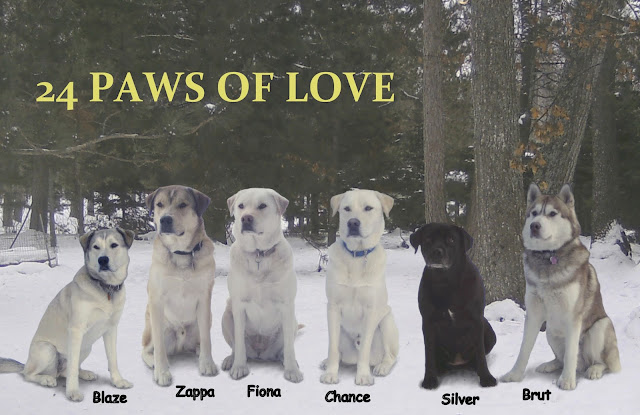 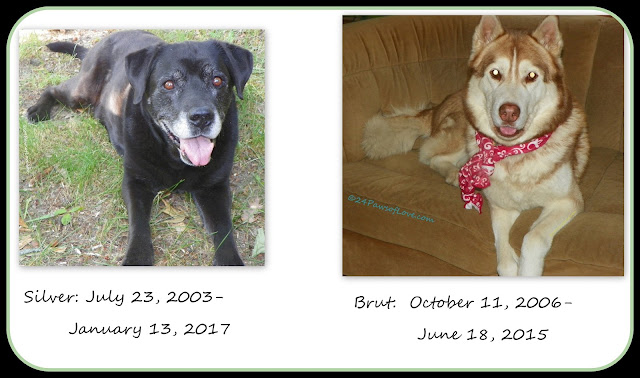