Would you do it?

Have a question for you:  if you had to put your pet down, would you (or have you) cut off some of their fur before doing so? 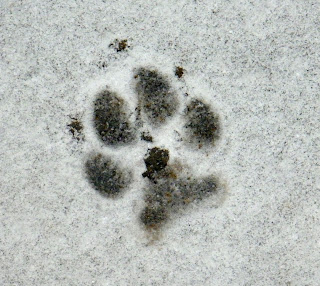 I read a blogger who's dog suddenly became very ill and had to be put to sleep and she cut off the fur at the tip of his tail to save.  I've never really heard of anyone doing that before and I don't know that I could. I have saved puppy teeth and a tooth that Brut lost that I know I will treasure forever, but for some reason I think it would freak me out to have an actual "piece" of my dead dog.  But I don't know.  I don't think there is anything wrong with what this blogger did, but I don't think I could do it.  I just think I wouldn't feel right taking a piece of them when it is their time.

How do you feel?  Could you do it? Or  have you done it?  I'm curious to hear other people's responses.

Posted by 24 Paws of Love at January 14, 2013
Email ThisBlogThis!Share to TwitterShare to FacebookShare to Pinterest
Labels: death, dogs, fur

I do not think I would do that.

When I lost Lucy, I just kept her collar and tags. She was a blue heeler x and a prolific shedder so my car was full of her hair for months and months.

Woof! Woof! Mom said absolutely will NOT. Same as Jet's comment, collar(s) n tag(s) are some pieces that she would save as remembrance. We saw another FB friend asked this ? I think it is a 50/50 among pet owners. Lots of Golden Woofs, Sugar

We think the answer would have to be just the collar and tags...

We have a bit of fur from all our dogs and horses that have passed away. It doesn't bother me, and you know, the other day I came across my first Golden's fur and realized I had forgotten how "yellow" she was. It made me smile to see it. It's not much fur, but enough to help remember. Our vet actually does it automatically when a pet passes.

Hey I'm new here! I just wanted to say Hi! When it comes to your question I just can not ever be able to do a thing like that. Everytime I would look at his fur would only tare me to pieces. I rather keep photos, collars, tags, and toys as memories. Man the thought makes me tear up..

Each to their own but no we would not do that. Have a marvelous Monday.
Best wishes Molly

No need to cut any off. My dogs shed enough to supply all I want. Just look under the desk, pretty much anywhere. After our lab passed away, my husband found a nice clump of yellow hair in his slipper, and has saved it in an envelope to this day.

No, absolutely not. I still have Maggie's and Toby's ashes sitting on the shelf, so I can see what would happen to hair. Of course, Sage makes up for any I'd miss!!

My first Greyhound was Treat, and she had this little swirl in the middle of her chest that had fur that stuck out in a little pattern. When she died, I did take a tiny little bit of that swirl, and my hope is to one day put it into a reliquary that I can wear and keep her near my heart. I had mixed feelings about it then, but now, I feel at peace with it.

My mother did kept a lock of hair with a ribbon tied around it from one her her Golden's, but I don't know if I would do the same. I guess it would just depend on how I am feeling at that exact moment.

I never have done that, and I don't think I would. I guess I don't need actual hair to remember the ones that have passed.

my husband wants to stuff my Broo...UGH! I say, no thanks!

Momma has Eskie Dolls stuffed with the fur she has collected when we have blown coat...one for each of us.

Hmmmm...that is a very introspective question for sure. I've never done that before...I do save their collars and tags, more from I just can't bear to part with them...I tend to keep lots of photos and I enjoy remembering them through those and videos. I do respect it though if someone chose to do this. We each grieve and memorialize our pets in our own way.

Isn't it amazing how different we can be when we say good bye to someone we love?

I have never felt the need to have any physical remembrance of my dogs. I don't keep their ashes. I haven't kept fur.

What's important to me is remembering their spirit. And nothing about their body will help me remember them more than I already do.

On the other hand, Shadow died 3 years ago and I still have her image at the top of Something Wagging. One of the reasons I've hesitated to do a much-needed redesign is because I hate to see her image go.