Was Brut created for me? 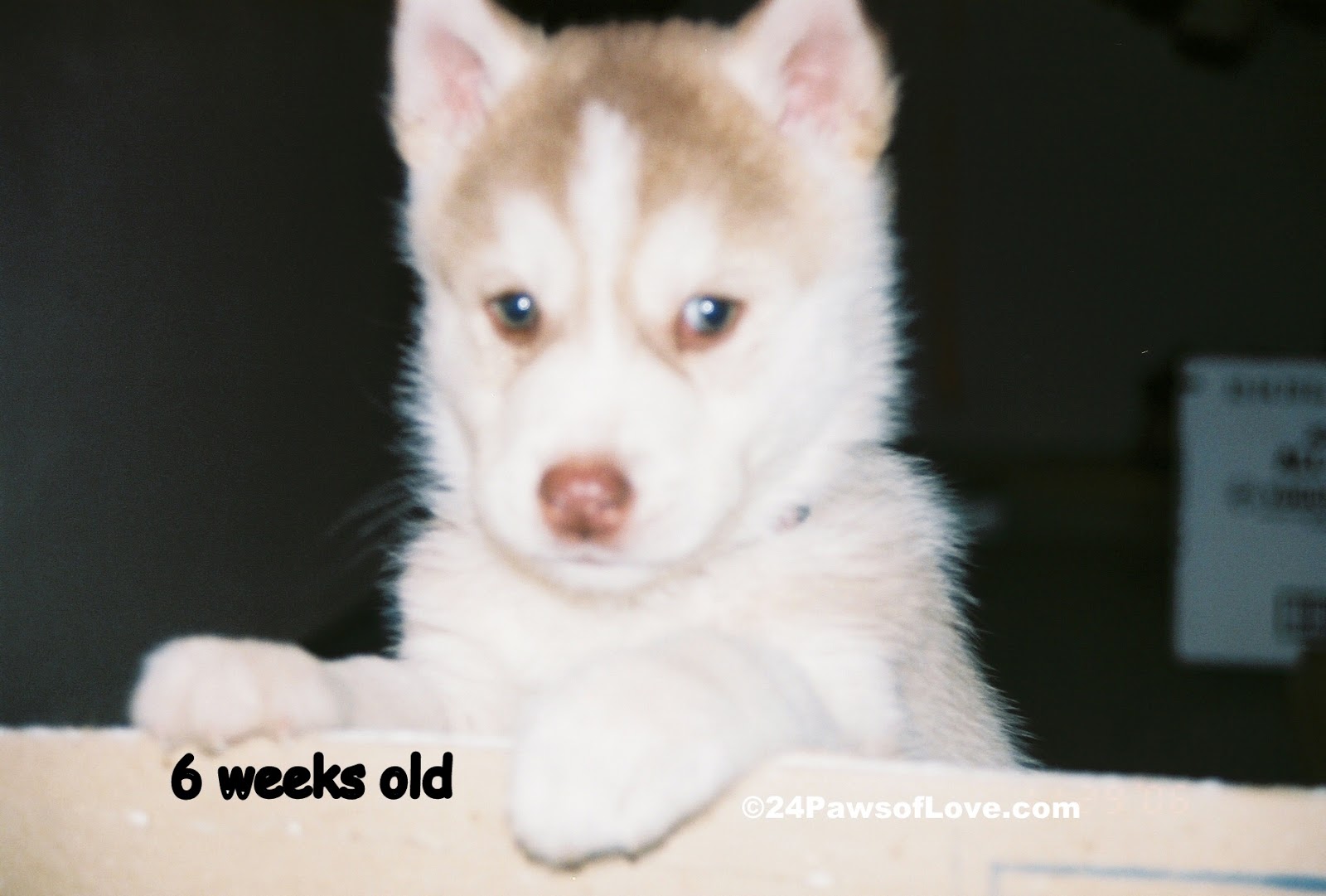 When I saw Brut I knew.  Every fiber in my being was drawn into his vibe when the breeder held him up.  And even though he was sleeping in his hand I felt the love returned.

Three days after picking Brut up I was in tears and was scared to death of him.  I didn't want him anymore.  Brut's puppy hood was a horrible gnashing of teeth.  He wasn't a normal puppy.  He was wild and crazy.  Insane scary.  He had been so uprooted from his mother and his security that he was fraying all over the place.  And I didn't know that and I didn't understand.  It took several years to understand the full implications of what that separation from his mother and siblings did to him.

And his aggression...was so scary and terrifying that I ended up having a love/hate relationship with Brut for a long time.  Another works in the making of years to understand the fight he had to fight when he was young to survive living with older, aggressive dogs and having to fend himself at the tender age of four weeks old.

Both of these things, the separation anxiety and having to fend for himself that drove his aggression against other dogs, played a huge part of his life.  I was still scared of him, but my feelings change from that of hating Brut to not liking the behavior.  And I went from wavering on the fence of wanting to keep him and thinking about getting rid of him when he acted out to trying to understand him more.  And I questioned many times why I was given him.  Why I picked him over any of the other dogs.  For a long time I held that light that shone on him that day in the breeders hands very close to my heart, because sometimes it was the only thing I had of him to hold on to.   There was a part of me that always knew he was created for me, no matter what I thought or how bad it got.  There were too many times that connected to deeply it was almost scary, but beautiful. 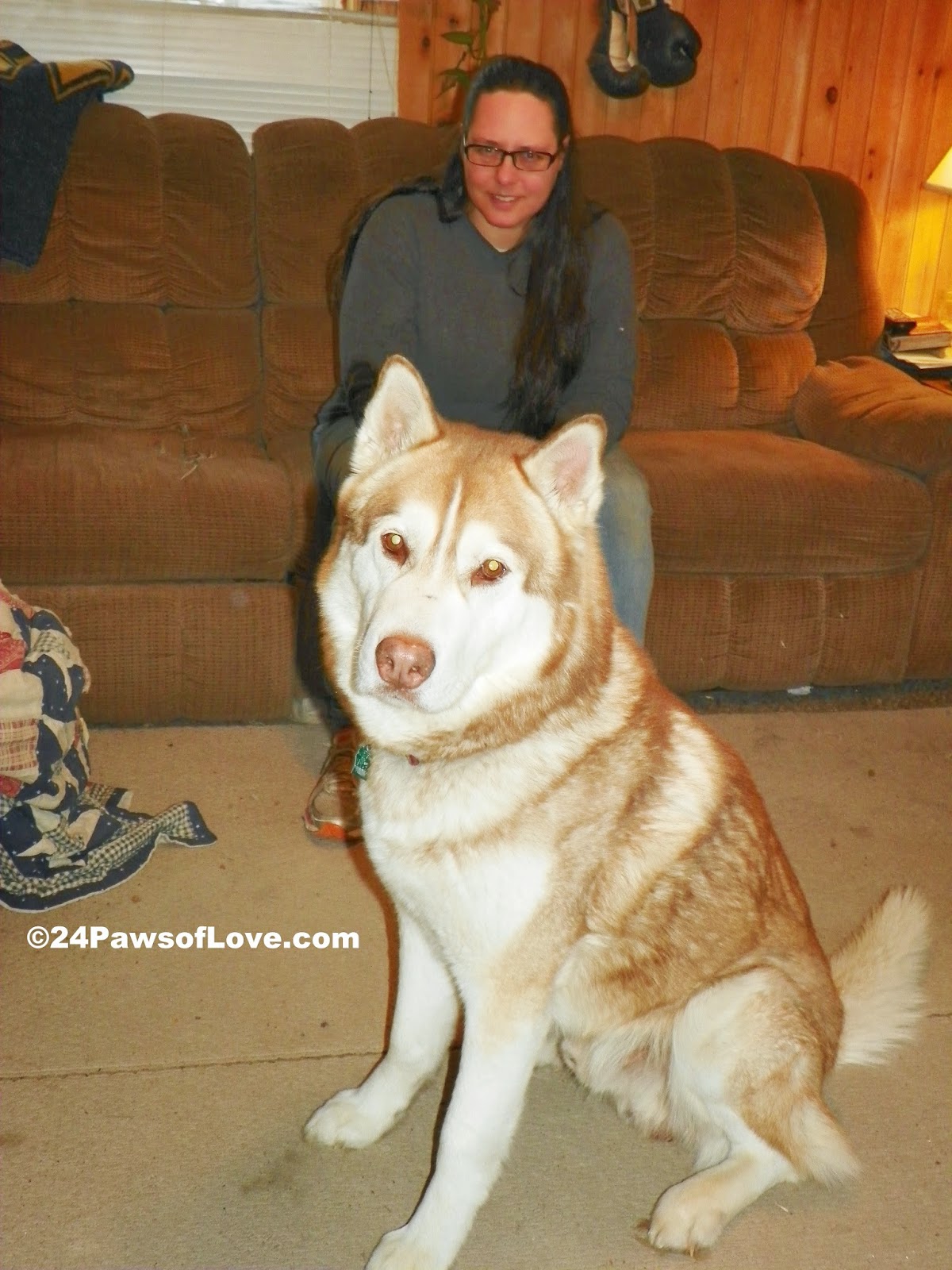 That little light has grown and thrived as Brut and I have worked together on both of our issues.  Coming from trying childhoods we struggle to trust each other, yet we held on with a death grip to each other at the same time.  Through many trials and errors the fears have given way and we have blended into one another.  I knew he was my Heart Dog even before I knew there was a word for it.  He has never been an extension of me, Brut is a part of me, like my arms and legs.  So ask me today if I think he was created for me and I will tell you, Absolutely!!
Posted by 24 Paws of Love at March 22, 2014
Email ThisBlogThis!Share to TwitterShare to FacebookShare to Pinterest

We think you were meant to be together and as you say not an extension but a part of you. That is lovely. Have a super Saturday.
Best wishes Molly

I always say Coco left her other mommy (animal control found her roaming the streets) to find her real Mommy (that's me). So when we got her at the shelter, Coco knew from the start that we were supposed to be together, because she had planned it that way. It took me a few months to come to that conclusion.

I'm glad you stuck together and worked things out instead of giving up. It can be so tough.
When I first saw Maggie at the shelter they had been carrying her everywhere because she was too scared to walk. I sat with her for 20 minutes and then we went for a walk. She was scared of people, cars, even mail boxes and trash cans, but she loved to walk in the woods. She was scared of so many things that we didn't realize she was especially afraid of men, which has been tough for her and the Mr.
She loves other dogs, so after about a year we decided to find her a buddy. She met 3 other dogs before Duke, who was labeled "fear aggressive and unadoptable" by the shelter who transferred him to Buddy Dog. Getting Duke as the best thing we ever did for Maggie, they have ben best friends since the moment they met.

I mean "been" instead of "ben", hit publish too soon!
A few times I thought it wasn't fair to keep Maggie since she was so afraid of the Mr., but he would just say "she's our dog" ad wouldn't consider giving her up. It took years, but she's finally gotten used to him and will even play with him and Duke!

It's so apparent that you understand Brut so much--what a wonderful bond you two have created. He was meant to be with you.

I think he was. It's funny how sometimes dogs choose us...

I'm glad that you've worked through your difficulties :-) Helping another being who has emotional scars can be healing, can't it.

What a beautiful tribute to the bond that flows through your shared soul! The ancients called an animal so connected your daemon, a soul shared and powerful enough to allow you in your togetherness to touch earth and heaven at the same time.