Close Encounter of the Dog Kind

For those of you new to the 24 Paws of Love we have four dogs that are made up into two packs each in pairs. They each their own yards and their own sides of the house, with only a door between them.  We call this the separation door, which we must always keep shut because the pairs don't get along with each other.  We've had a handful of fights caused by our own carelessness of not making sure the door is shut all the way when going back and forth between the packs.

This was one of those times...

Zappa was barking and pawed at the door that separates the two packs.  Chance headed towards the door from the other side.  I noticed that Zappa's bark was coming through rather clear.  As I ran to the door, Zappa and Chance were slowly backing up away from the door.  It had been pushed about a foot open.  I slammed it shut, everyone barking in fear of what could have happened.  So close.  So very close.

Although I was impressed that both Zappa and Chance backed away at the same time.  Neither really wanted a confrontation.  And since those two have never fought when faced with each other they had no intentions of doing so now.  Thank goodness Fiona was behind Zappa and a little slower to the action, or she would have burst through and started a fight.

Talk about being grateful!!

Somebody up there loves us 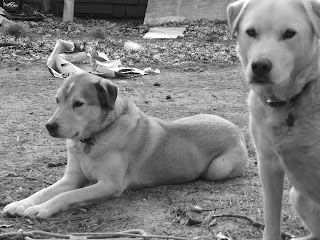 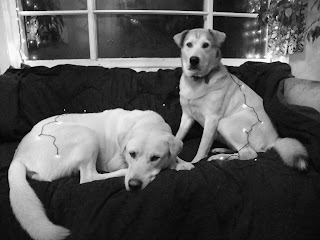 
So is the life of living with two packs of dogs.

Posted by 24 Paws of Love at July 24, 2018
Email ThisBlogThis!Share to TwitterShare to FacebookShare to Pinterest
Labels: Back Dogs, dog fights, Front Dogs

Bummer that they can't get along, life would be much easier! Sounds like it was a good thing you were nearby.