I find it simply amazing when I’m communicating with the dogs and we are reaching each other in a language that everyone can understand.

Those times when you find that you are actually TALKING to each other.

It still blows my mind.

Like the other day hubby had just gotten home and became the center of jealousy between Brut and Zappa.  And just as Brut started to lower his head and ears, I said real quietly, “eh-huh,” and he looked at me.  Inside that quick glance I read a fountain of information, but mostly it said, “I really want to.  But I respect you.”

I swear he has the eyes of a tiger.  I always feel like I’m dealing with a wild animal when he’s in the attack mode.  Or when he throwing around his “leave me alone” attitude.

And there is nothing quite like reaching him AND getting a positive and honest response when he’s in that mode out of the respect we have for each other.

We have these kind of discussions all of the time, but it’s the times when I really need him to hear me and he listens by returning the favor that are the most precious.

Those are the times when we really see the truth in each other’s eyes   Brut’s communicative eyes have a way of keeping a hold on me.  When he is truly who he is.

And it reminds me of a Disney movie or a storybook when the dog “talks” with their body and the child knows what they are saying.  I swear sometimes I’m living a dream.  Worth every ounce of pain, blood and tears that I went through with Brut to get here.

What an awesome boy! My Brut! 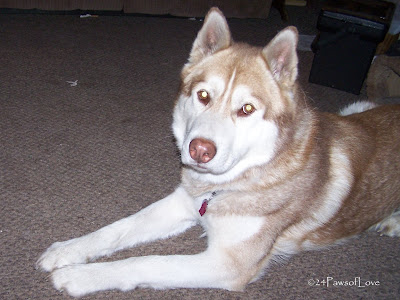