It's the simple things 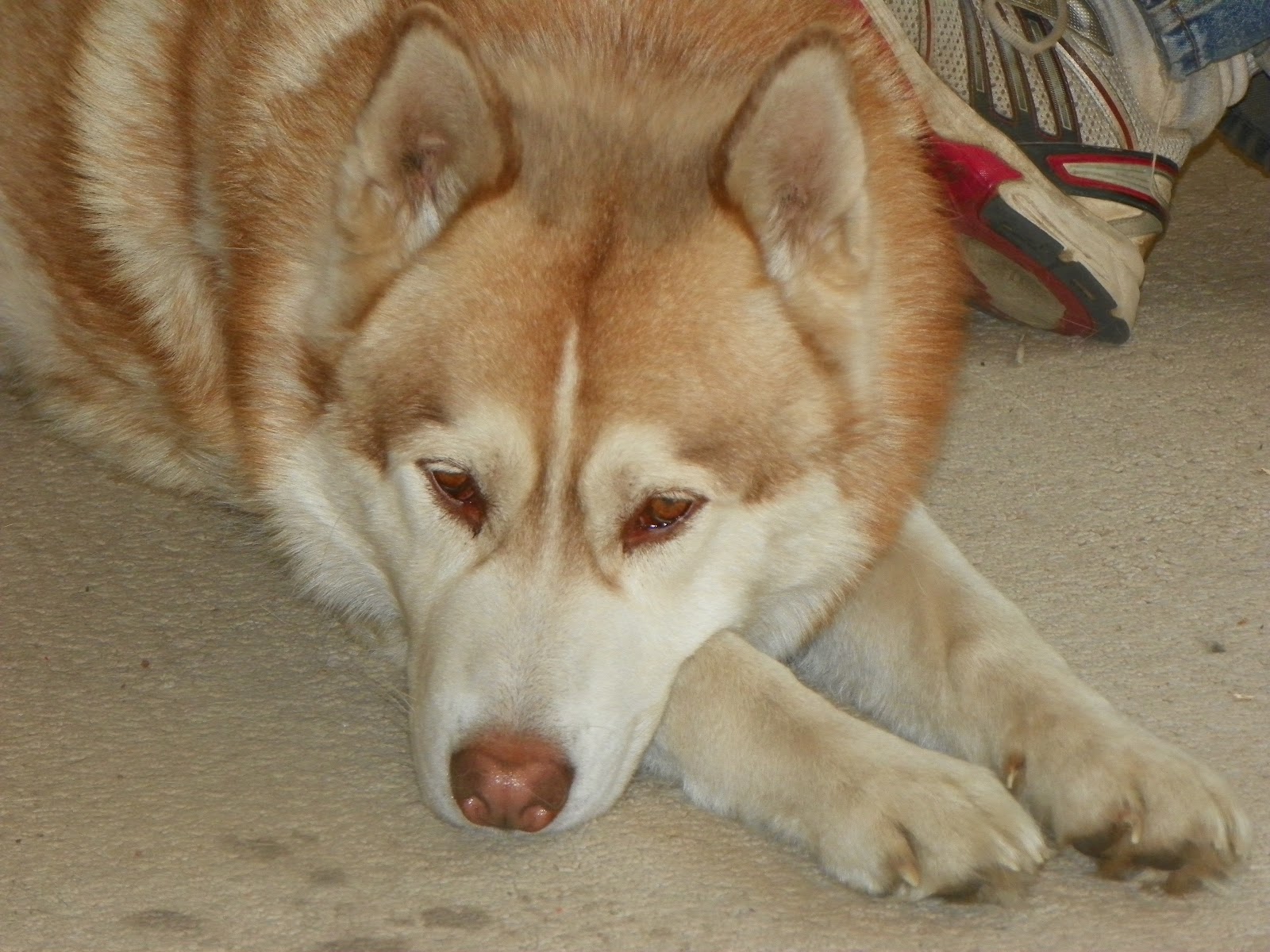 It had been a long couple of days.  A friend of ours had died at the beginning of the year and we helped with the cleaning out of the house.  It left me depleted and empty as his death was now more final.  I found myself angry with my life and life in general.  I was almost shaking I was so angry and disappointed.  I started talking to God and voiced my feelings, in a list, of what was bothering me the most.  I didn't get very far when Brut sat in front of me and stared into my eyes with a look that said, but you have me and you have the only Brut there is.

And he was right.  I had the only Bruter on the planet right at my feet.  My awesome heart dog who understood my feelings when no one else did.

All he was asking in return was a little quality time together and preferably with treats.

Simple tricks, touch, give me five, eye contact for saying his name.  Nothing fancy or rowdy fun, just simple time together.  We did them several times until bedtime.

That was all Brut needed.  And Brut was all I needed to remember life wasn't so bad because I had a Brut that no one else had and he was all mine.  Life doesn't get any better or more simpler than that.
Posted by 24 Paws of Love at July 09, 2014
Email ThisBlogThis!Share to TwitterShare to FacebookShare to Pinterest
Labels: Brut, changing a bad day with dogs, clicker training, grief

So glad I came to visit your blog--I recently went through something similar, with cleaning out my parents' old house. It is really emotionally draining and difficult to remember the person who has died, go through all their things, and feel the loss more concretely. The thing that got me through it was that Fozzie was with me, cheering me up the whole way. Dogs like Brut just know when we need perspective--and they never let us down!

Dogs make everything better. We suffered our own loss - I'm not sure how I'd have gotten by if Harlow and Monty weren't there.

My dogs do this for me too. I don't know what I'd do without them.

Such a absolutely beautiful post... I'm so glad that Brut was able to be there for you. Sending a hug.

Our dogs are a wonderful grounding to remember the important things and restore our gratitude. It is so hard to reach closure when we lose someone we love and it is easy to get angry. What Brut, and most dogs knows, is that you must give your friend the finest tribute you can...by living life fully, filled with love and gratitude.

Dogs really make everything better. I can't even count how many times mine have been my support in rough times.