Thought I'd shake things up a bit with pictures of one of Brut and Silver's pups named Jack that we were so honored to be able to visit. 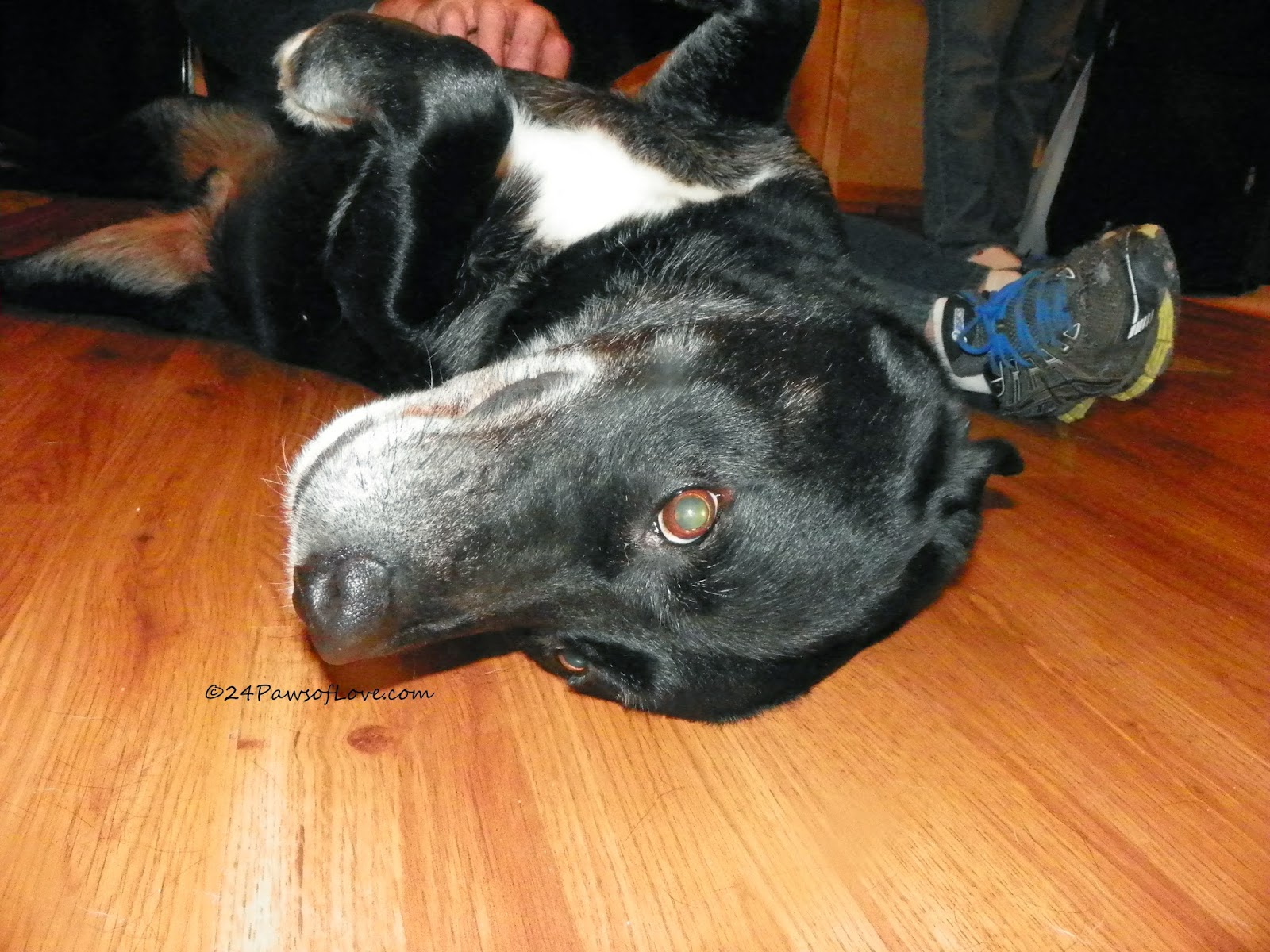 All Jack wanted from us were belly rubs.  Here's hubby Mark scratching away at Jack's belly. 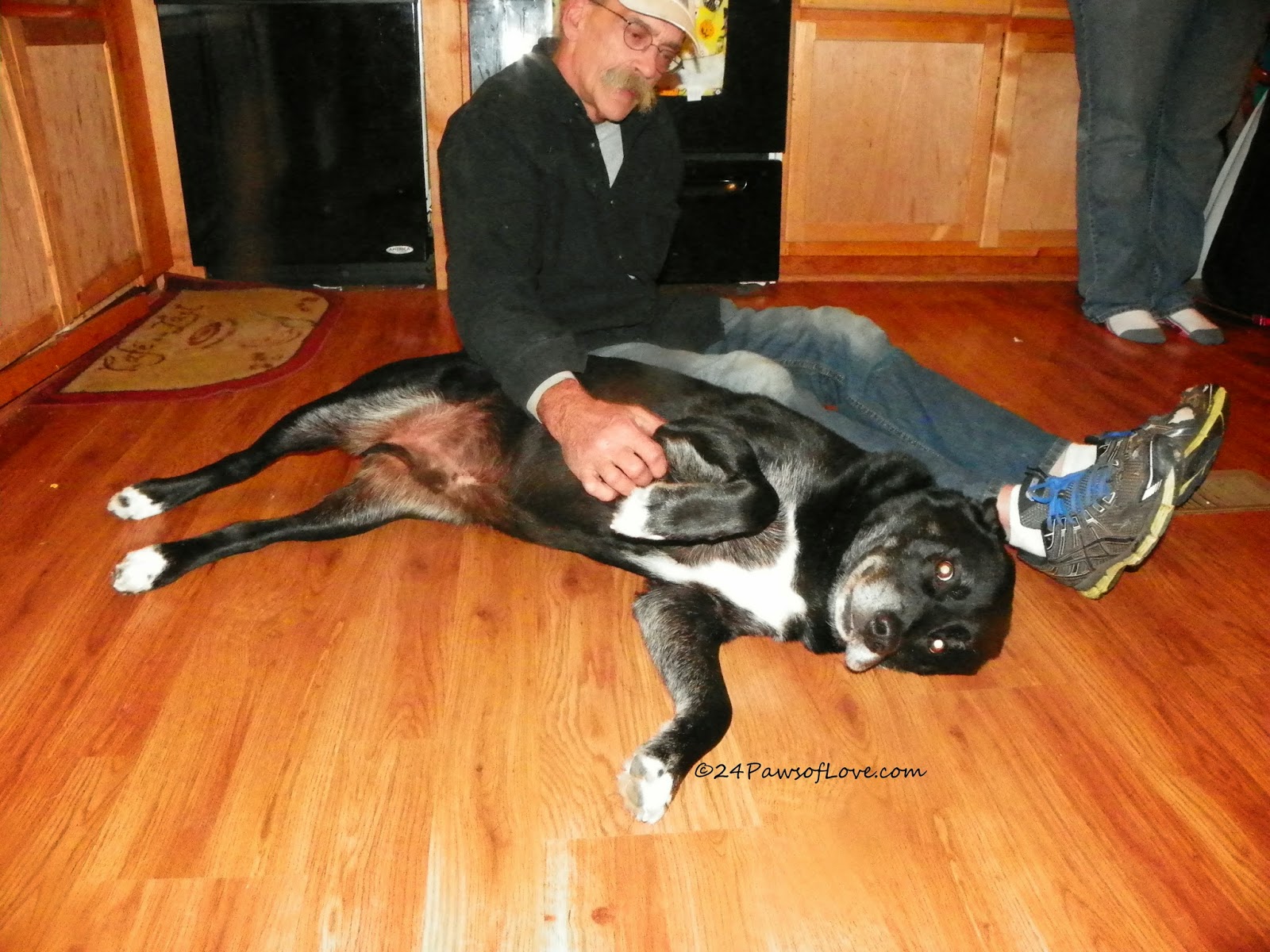 You can see the white "T" on his chest for which I named him T-bone when he was with us.  Now he's known as Jack. 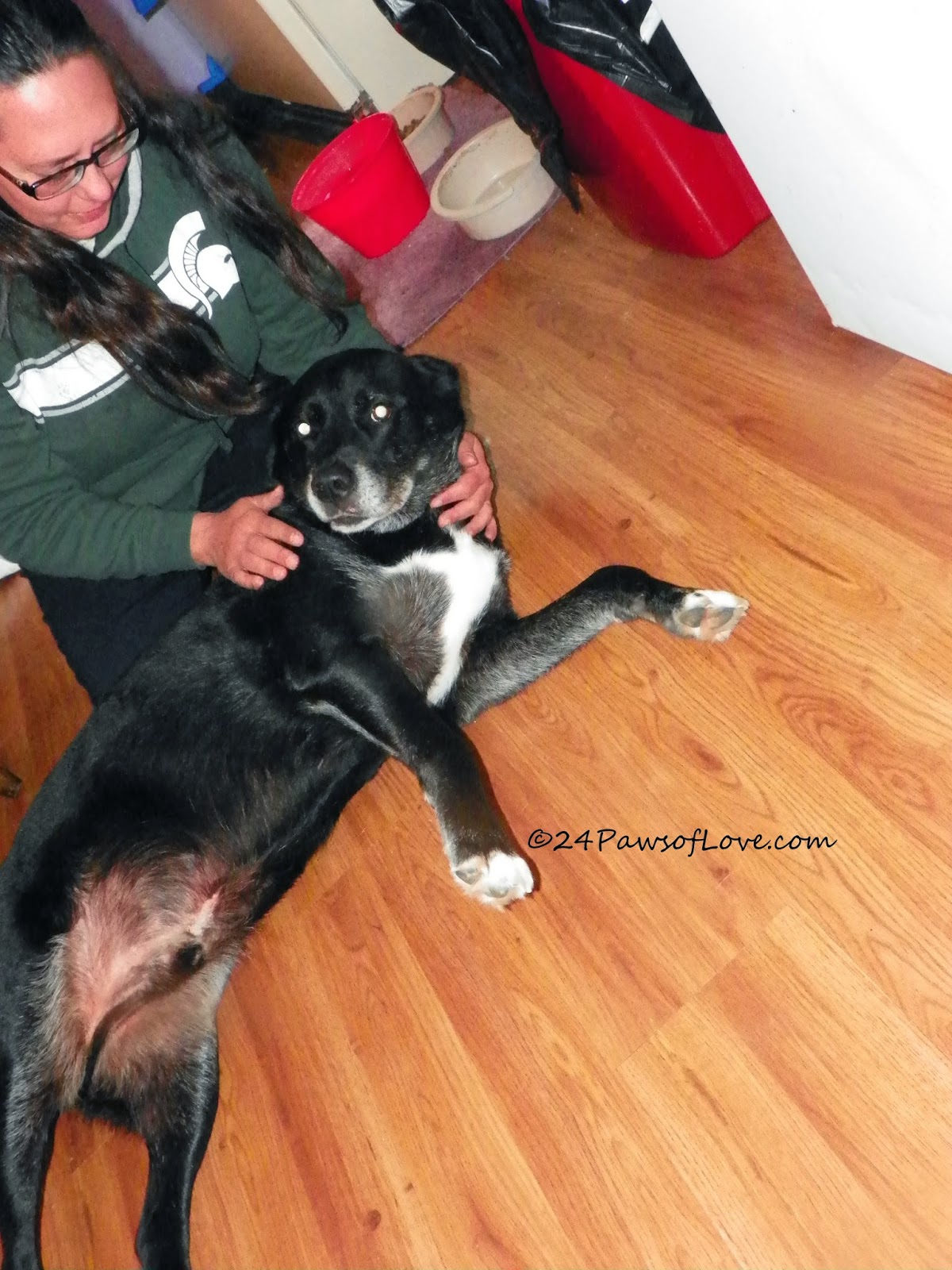 It was so great to see Jack and see how well he is doing.  Happy and healthy and going strong! ☺
Isn't he a handsome boy!
Posted by 24 Paws of Love at October 29, 2014
Email ThisBlogThis!Share to TwitterShare to FacebookShare to Pinterest

Handsome and loved. Have a wonderful Wednesday.
Best wishes Molly

What a handsome guy, have fun!

How nice that you were able to visit Jack. It looks like he's well loved.

That's so sweet - I'm glad you keep in touch with the pups.

Jack is a sweetie! What a cute and happy boy.

What a handsome boy! All of your litter turned out to be so precious...glad Jack is happy and healthy.

Jack looks so much like my angel Toby who also loved belly rubs!

He looks happy and that must make you feel great! Well done,