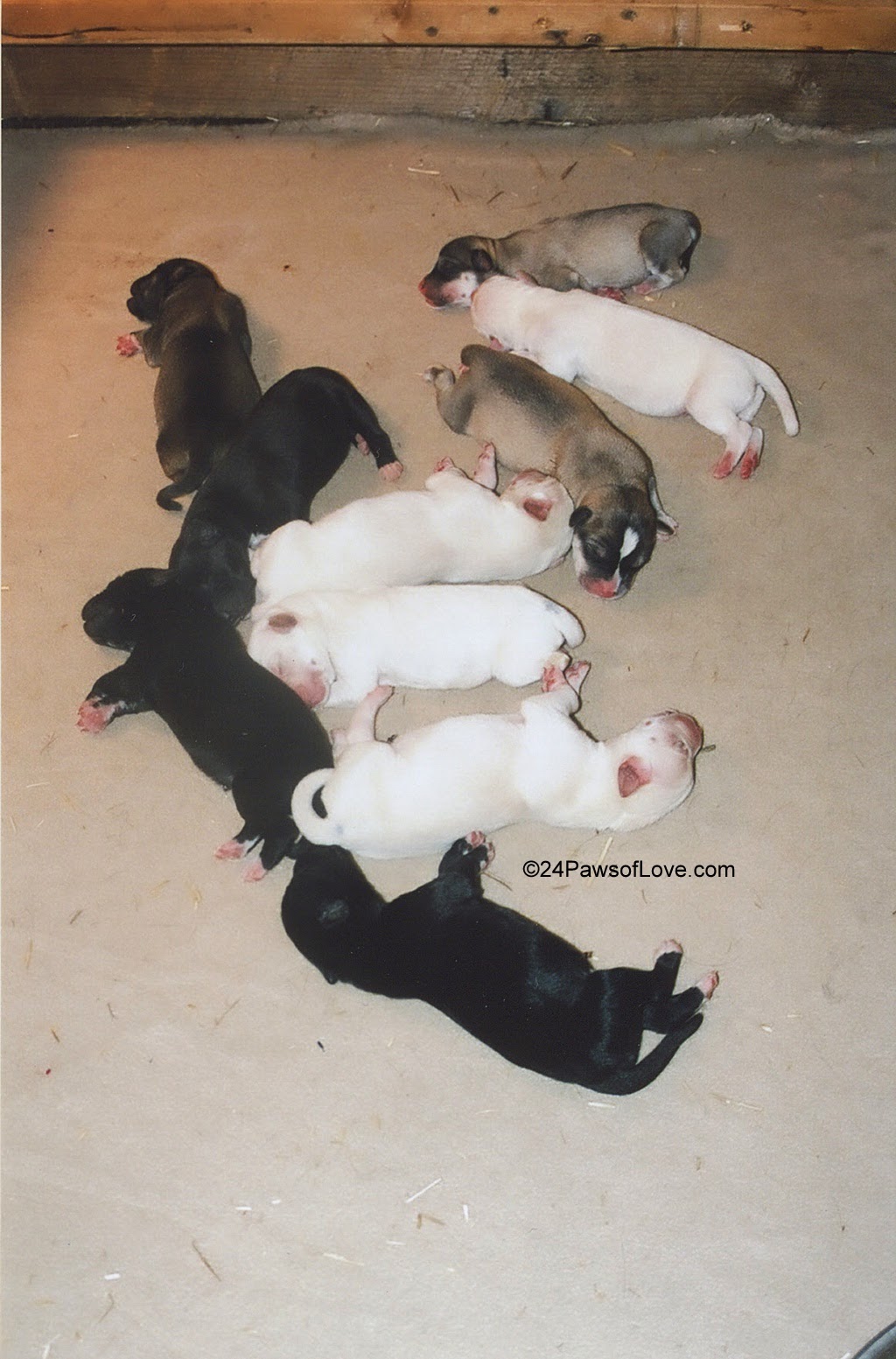 We called our puppy litter the "Power of Ten."  A litter created by Silver and Brut that had been planned for several years before taking action.  And now 7 years later it is their birthday and I still can't believe the gifts they have given me of memories, teachings, life lessons and all about unconditional love.

A Little Background:
Ten puppies were born on January 2, 2008 in the wee hours of the morning and lasted until 9am that same morning.  We kept two, the first born, Zappa and the last born Fiona.  We found homes for all of the rest.  At 7 months old Blaze was returned after being kicked and shot at by pellet guns.  She was a wounded soul, but strong willed.  Four months later Chance was also returned to us with his ribs almost showing.  It worked out as Blaze and Chance owners were related and were the best of friends.  Which was good because Brut, Silver, Zappa and Fiona (Back Pack) wouldn't accept Blaze and Chance (Front Pack) into their pack and it was how the two packs were created.

Some people might think that we didn't deserve to breed, but having Zappa and Fiona showed me what life was like being loved from the beginning of their life.  Something I hold close to my heart, teaching me I could love.

Some people might also think about the consequences we bred when Chance and Blaze both came from abused homes.  Never a question to take them back they have taught me about undying gratitude and a resilence that is unmatch.  Not to mention what love can do. 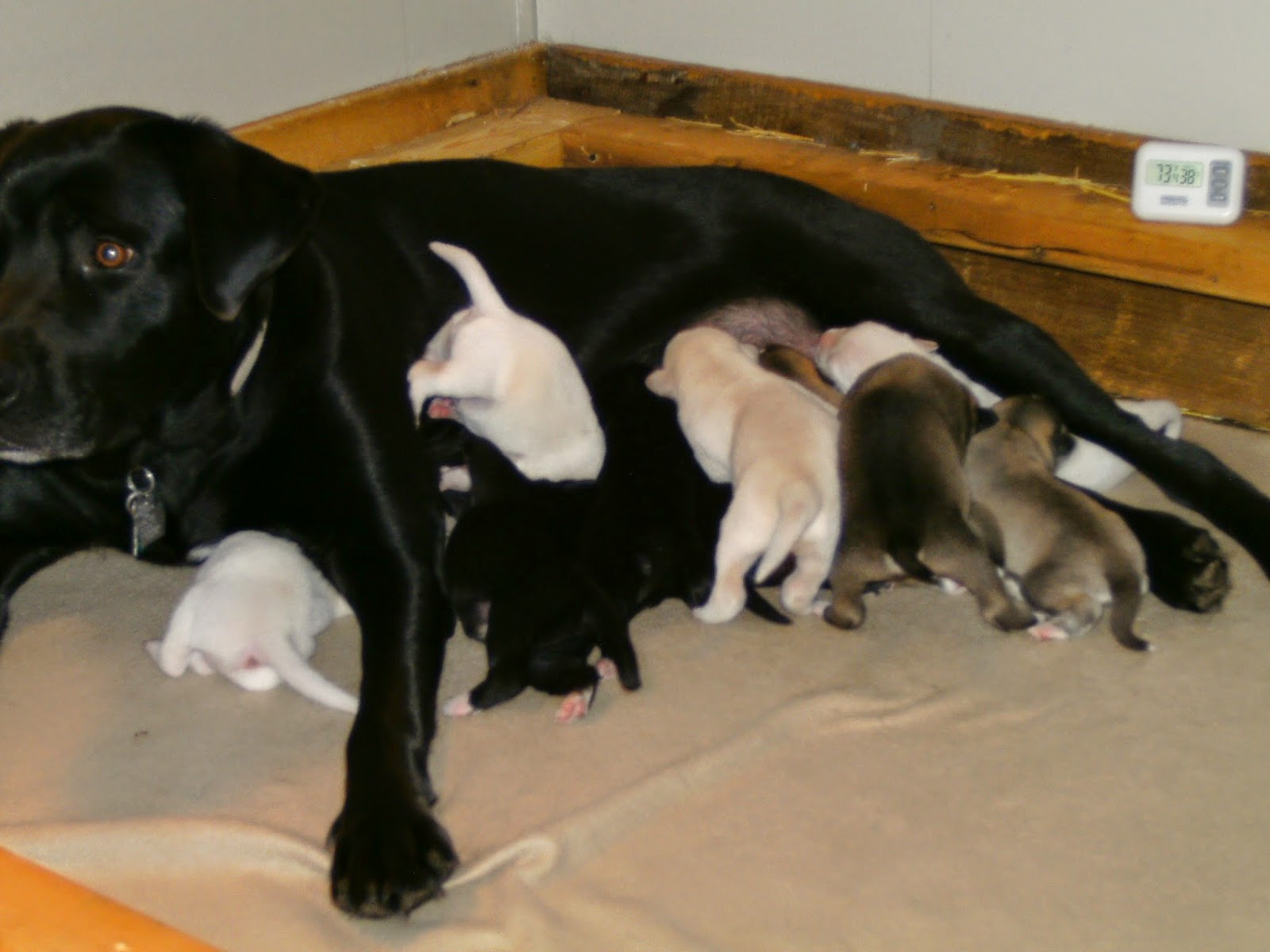 Some people might say that breeding Silver and Brut was all wrong when you find out that two of
"Power of Ten" pups are dead.  Angel was hit by a car and Grumpy's owner put him down both at five years old.  I believe there is a reason for everything, even that which is sad and scary and horrible.  Angel and Grumpy taught me those lesson and I love them dearly for it.

Some people again might say that this litter didn't deserve to be here, after all were are not professional breeders, when I tell you we haven't seen two of the pups, Red and Rocket, since they were 6 months to a year old.  The owners signed a contract for us to see the puppies grow and they defaulted on their end.  Over and over we tried to no avail.  I don't even know if they have the pups anymore, but we haven't given up hope.  Red and Rocket have taught me that. 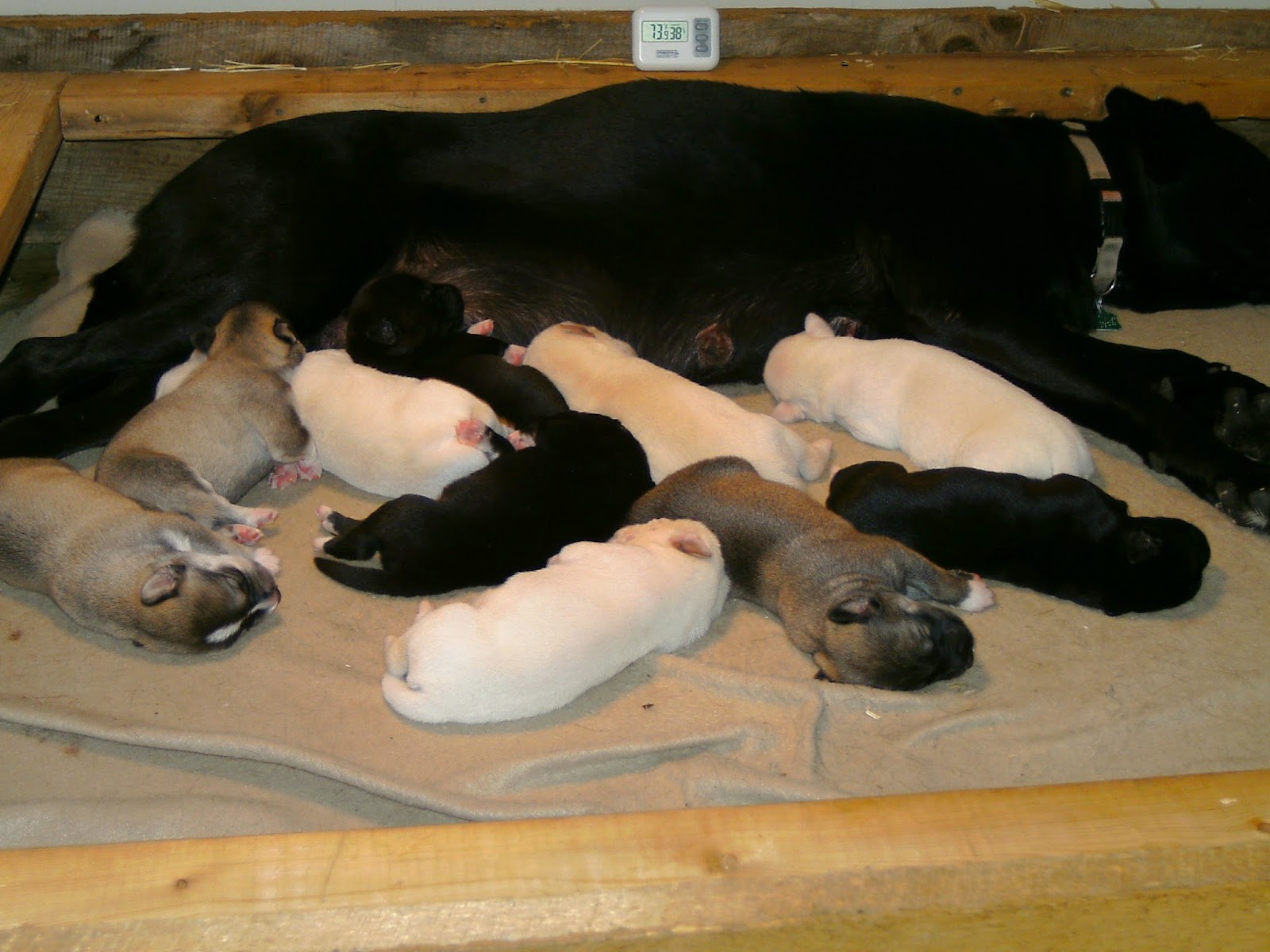 The two last remaininig pups are still with their original owners and doing well.  Jack and V-girl are the last two dogs we have remained in contact with.  V-girl recently moved out of state, but Jack is still here not knowing how much it really means to us to be able to see and touch him and know he is OK.  V-girl and Jack taught me there are people who just love their puppies and they are part of their owners life.  Maybe all owners are jerks after all.  They teach me to keep the faith.

And some people might not be judging me or my puppies, or our circumstances.  Or maybe they are.  I don't know.  Maybe it is me who is ridding my own judgements on myself.  Or maybe it is just a way to realize the impact any animal can make on your life when you realize the gift of unconditional love is real and exist.  That no matter the distance or years or death, you can never be seperated from such true, pure love.

That is the "Power of Ten" 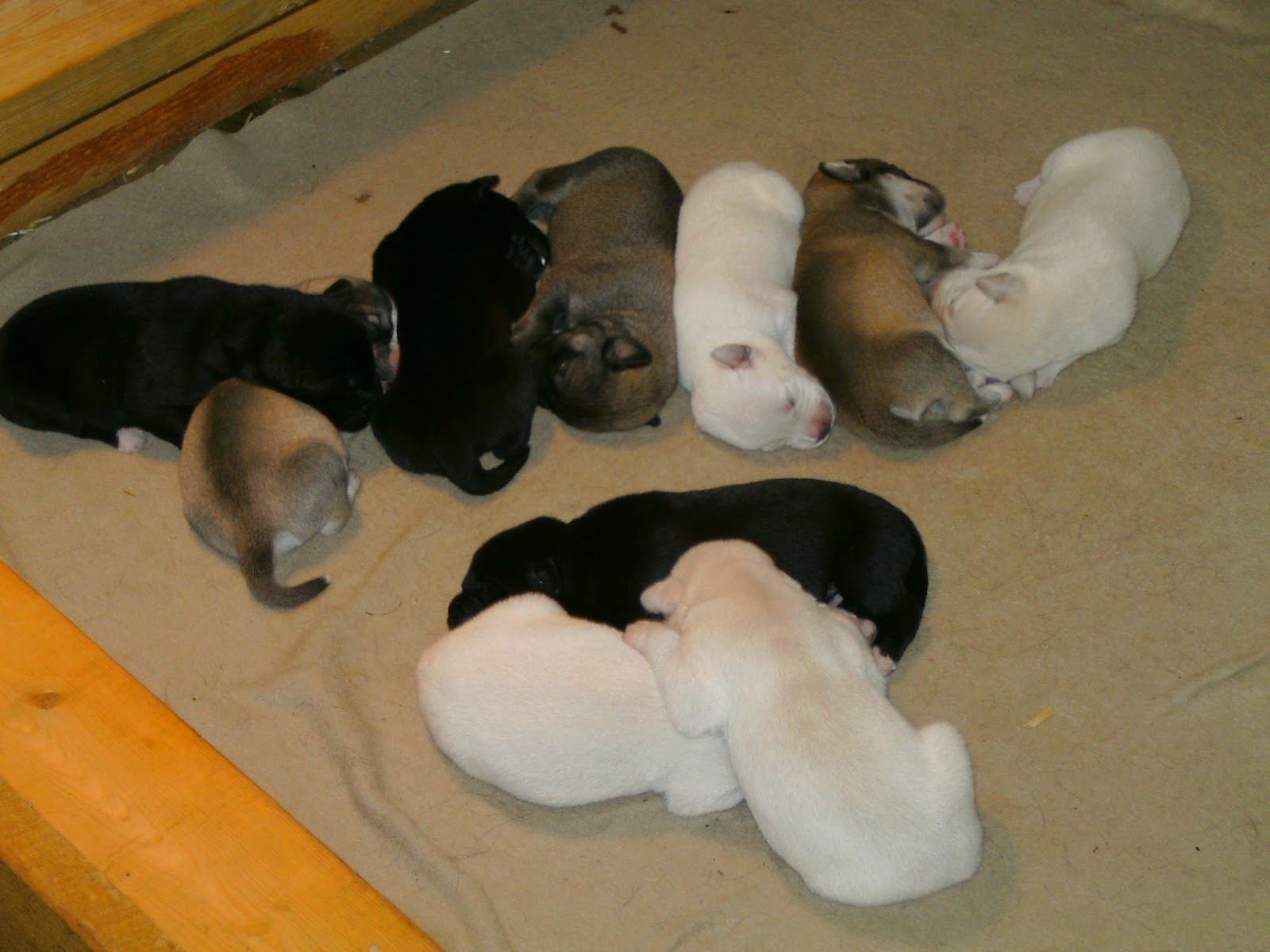 pee.s.  Luigi's memorial was postpone for the birthday pups.
Posted by 24 Paws of Love at January 02, 2015
Email ThisBlogThis!Share to TwitterShare to FacebookShare to Pinterest
Labels: birth, birthday, puppies, puppies from our litter, puppies pictures, pups, relationship

Happy Birthday, pups! Have you ever thought of writing a short story, sharing their lives? It could be a good lesson to potential breeders (on how the lives of pups can turn out - good and bad), on how to be responsible breeders (accepting pups back), and the unknown odds of having pups (not knowing what happened to two of them).

No I haven't Christine, but what a great idea. Thanks so much for your thoughts. Do you think I have a good perspective for one?

So sweet! I love when they are so little!

Happy Birthday! They remind me of Holly's family. She was one of eleven puppies born on December 1, 2006!