Silver Joins in the Healing 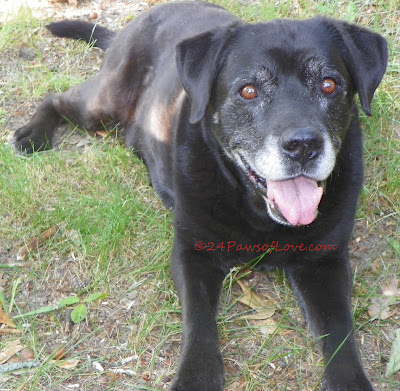 While the loss of Brut has changed our lives forever, part of those changes are silent blessings.  We've witnessed some pretty amazing things with Silver showing more of herself without her mate and the Brut Regime.  They are tender sweet memories that have made me smile in awe through the sadness this summer and fall, for I know she too has been through a huge loss as well and shows me how to carry on.

Silver by far has made the biggest changes as she bonds more tightly with her kids, Zappa and Fiona.  Silver has a life all her own.  At twelve years old this is her second big loss, after the death of Alex (her first love) and she continues to carry that spunk and energy that is all her after losing Brut. 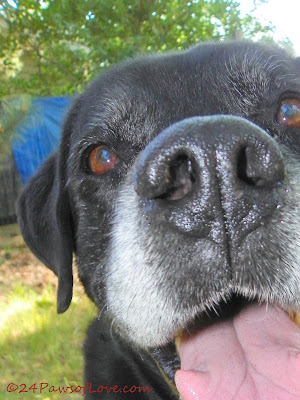 One of the first things I noticed was her love of toys, especially balls, came back.  Being that she is part retriever she has always like a good game of fetch.  When Brut came along she didn't get to play very much because Brut, being the stud he was, always wanted to mount her.  Which then would usually start off a game of chase between the two.  But now, we can play fetch a little longer without the interruption.  It doesn't last over five throws, but the joy on her face and the bounce in her body is enough for this crafty girl to have a good time.

The second thing I noticed since Brut's death with Silver is she started joining in on the hunt with her kids.  Ever since we got Silver she has always been a hunter, bringing me mice and such and dropping them at my feet.  Then we got Brut.  And he was a fanatic about hunting chipmunks and squirrels.  Just crazy!  I can't believe he actually let Zappa and Fiona hunt with him without serious repercussions.  Silver basically stayed out of the game when the puppies came along, so to see her join in with them was awesome!  It is like watching someone getting back to their roots and being reborn.  So beautiful.

Then this happened the other day:  Fiona and Zappa started up a game of chase and Silver was part of it.  That was true beauty!  The first couple of time when Zappa and Fiona started chasing each other, Silver looked so lost.  She just laid there with her head down, missing Brut.  So when I saw the Trio chasing and romping around with it each other, it melted my heart.  The healing has been incredible with these three.  I hope to bring more updates of their progress, because it is like a miracle to watch. 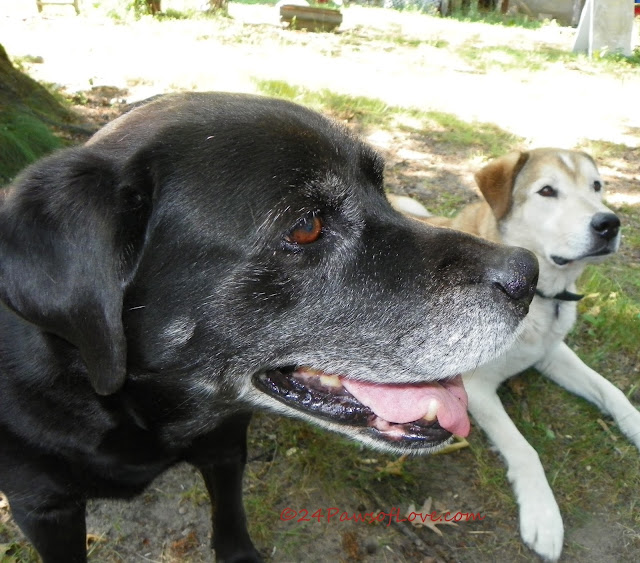 Posted by 24 Paws of Love at November 02, 2015
Email ThisBlogThis!Share to TwitterShare to FacebookShare to Pinterest

I'm sure it's a real blessing to you to see Silver healing in her own special way.

Such good news. I know you need the smiles these bring.

So good to hear that Silver is rediscovery some of her old joys :-)

The healing process is always a miracle in progress and helps to refocus on the joy of living. And that wold please you Boy.