The other morning I was doing some writing about Silver and her hip dysplasia, when I noticed Fiona, who also has hip dysplasia, lying on the floor.  I was flooded with emotions.  I give a lot of credit to the puppies acting like Brut, while sometimes forgetting that Silver is part of them too.

Going ahead with Silver's pregnancy, knowing she had hip dysplasia, was a tough decision.  A good breeder wouldn't have done it, but neither Mark nor I could quench that gut feeling that Silver was suppose have that litter.  We knew it was a risk, but our gut told us to go with it.  So much so that when found out that Fiona had it, having her outweighed that detail.  We have done everything we can to keep her fit, healthy and pain-free and she is worth it.  We don't know what we would do without her.

Looking at Fiona, that rush of the feelings carried me off the chair and laying down next to her.  I couldn't imagine not having Fiona here in our life.  She let me hold her for a few minutes as sudden tears busted loose.  I grieved for Silver and I cried with gratitude for Fiona, for being there and for the Silver inside of her.  It was an emotional moment and it wasn't long before Fiona gently moved over, scooting herself from the situation.  She's never been one for handling tears.

We know many wouldn't have made the move forward with the pregnancy, but something kept telling us to follow through.  We have been nothing but blessed ever since we did. 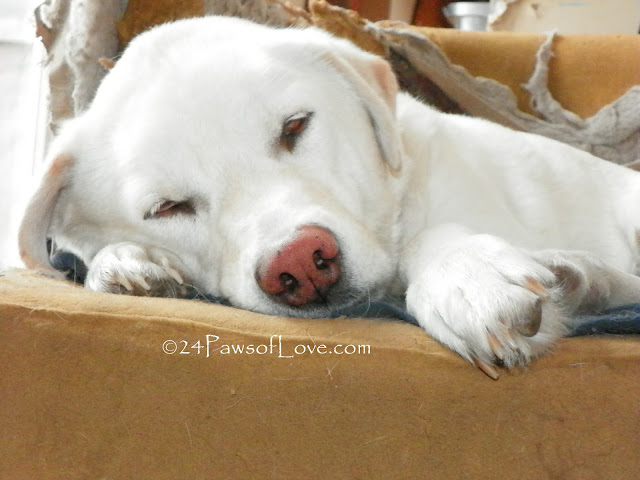 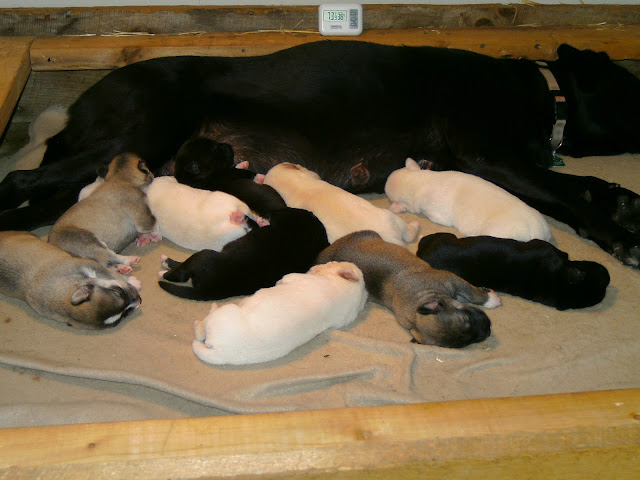 The Power of Ten with Momma Dog Silver

*********************
What have you done with your dog that you felt in your heart and soul was the right thing to do even though it went against the grain?
Posted by 24 Paws of Love at April 12, 2019
Email ThisBlogThis!Share to TwitterShare to FacebookShare to Pinterest
Labels: Fiona, hip dysplasia, Silver