It was the worst year of our lives, losing three dogs within a matter of months.  Blaze on March 14, Chance on May 5, and Fiona on May 8.  The sequence of events still sends me into shock sometimes.  They all died of liver disease and/or liver cancer.  It was in their genetics.  We had a DNA profile of all four dogs and Blaze, Chance and Fiona all had the gene for ALP and ALT liver levels showing high, which leads to liver failure and they all died from it.

Zappa on the other hand doesn't have ALP or ALT gene, but we just found out that both of these levels are higher than they were in August.  Which means there is stress on the liver coming from somewhere else.  We will be getting x-rays and an ultrasound done in the coming weeks.  It seems time is starting to tick for him now.

I thought I could write more.  But I still don't have many words.  My whole life feels like a vacuum.  The puppies 14th birthday is coming up on January 2.  It is going to be a hard day not only for the loss of our three, but we found out just last week that one of our homed puppies we visited every year or so died earlier this year.  So if you are counting, out of ten puppies, 6 are gone, that we know for sure.  There are two we will never know about, but is safe to assume they are probably no longer with us.  And one puppy with some possibility of finding out if she is still here.  Zappa may be the only one left and who is still alive.   The last of the "Power of Ten" litter.

At least I know Zappa will more than likely make it to his birthday.  That's the best I can say right now... 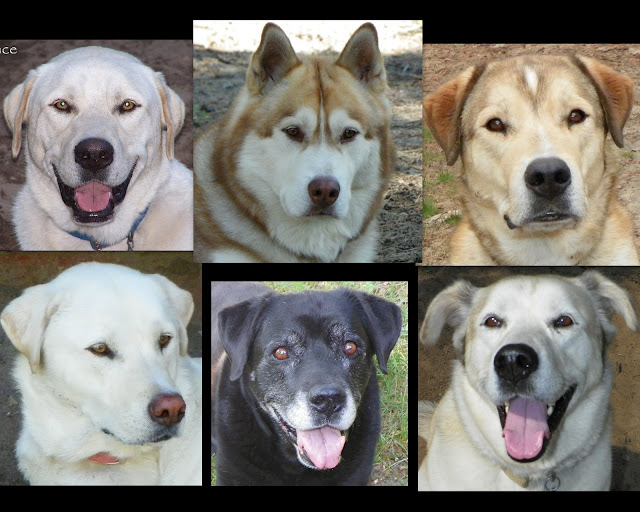 Posted by 24 Paws of Love at December 31, 2021
Email ThisBlogThis!Share to TwitterShare to FacebookShare to Pinterest
Labels: new year's eve 2021

Words escape me...I feel so much for you. Our situations have been so similar, in happy times, chaotic times, and now the past couple years, very sad times. All I can offer is hugs, lots of them. Your words will come when you are ready. Gibson passed six years ago and I still have not read through all the condolences. We are here for you and Zappa...always. xo