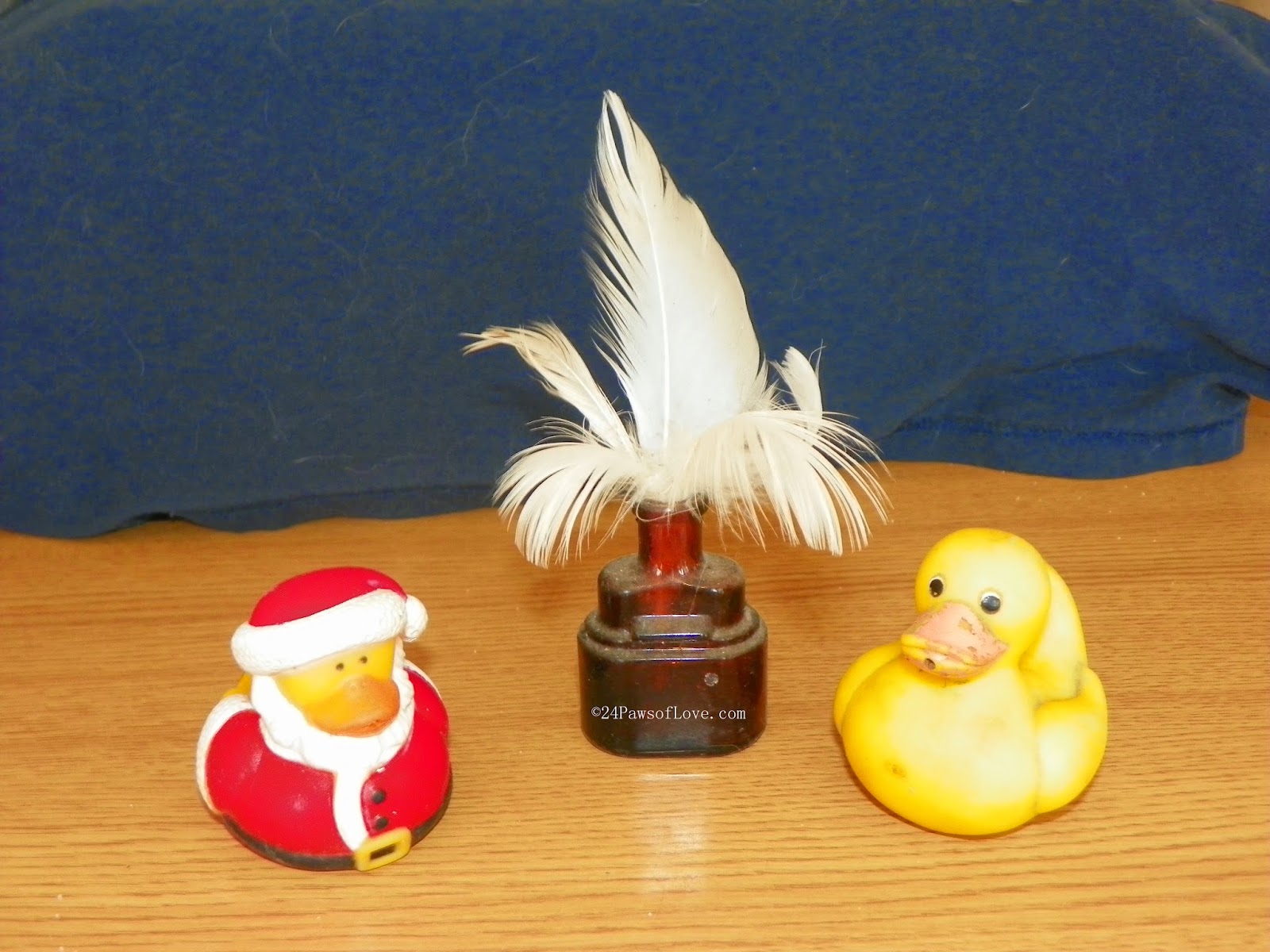 Remember our little ducky Luigi who past this last winter?  Well, I was in Luigi's pen cleaning out his pool that was nasty from sitting all winter long.  In fact it still had ice in it!  After I emptied the pool and lifted it out of the dirt, I found quite a few feathers where the rim of the pool was.  I was so surprised and grateful to find them.  Since Luigi died in December he had already gone through his molting season in September, so to find any feathers was a gift.

I have some from over the years, but this was special because they would be the last ones.  And I found peace in them.  I'd been sort of dreading spring because that's when all the water fun happened for Luigi and I was afraid that it would be too difficult for me without him here.  But honestly I've found peace being in his pen and cleaning up.  I didn't expect it and it was a nice feeling.

I also found these little rubber duckies, one was in his pen and the Santa one was in the house.  Something about it touched me.  They were dog toys I bought several years ago and I don't know how the one got in the pen and I didn't see it before.  Such a sweet gift to find. 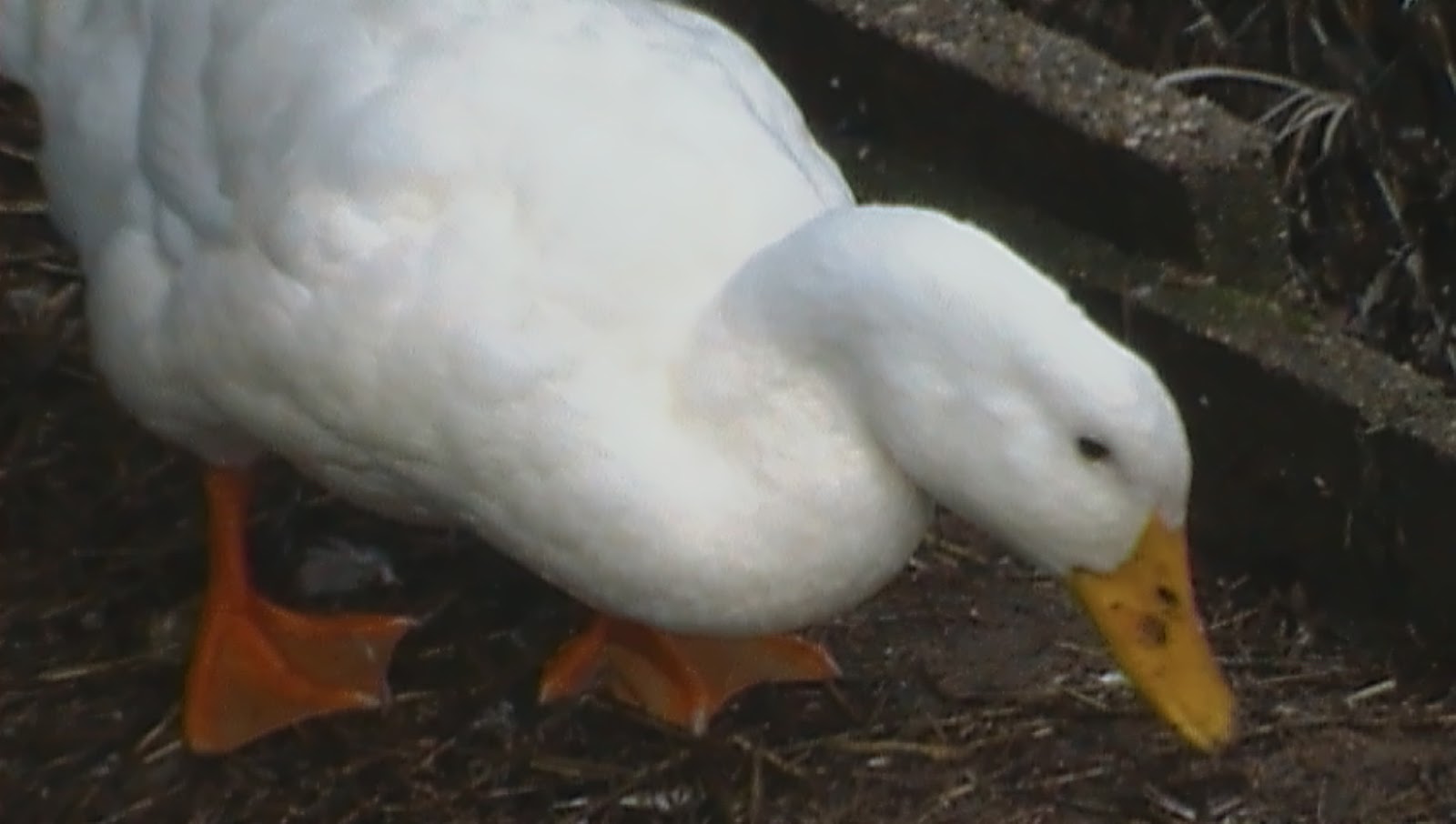 Something I didn't expect either was that as much as I missed my little buddy, I did not miss the responsibility of taking care of him through the winter.  In fact, it was the first winter that I didn't have to go outside when it was bitter cold.  I enjoyed staying in quite thoroughly for an entire day when it was too frigid to bear and the dogs could only go out for their business.  I hadn't realized how trying it was always having to trudge through the cold, snow and ice, with a bucket of water and food, until I didn't have to do it anymore.  And I never really thought about it at the time, it was just what I had to do to take care of Luigi, but I must say I enjoyed the break!  It was like a luxury that I'd earned.

OH! And not having to worry all winter long whether he was safe or not, warm enough, protected enough on those nights when it got -25 to 30F below zero.  That was heaven!  Just to know he was safe with God and in the best hands possible was such a blessing.

And so friends, we turn another chapter in our book.  I still hear Luigi squaking at me and I still will get a glimpse of him here and there.  Happy and free and probably learning to fly because he never could in this life!

Posted by 24 Paws of Love at April 18, 2015
Email ThisBlogThis!Share to TwitterShare to FacebookShare to Pinterest