Zappa and Blaze walking together 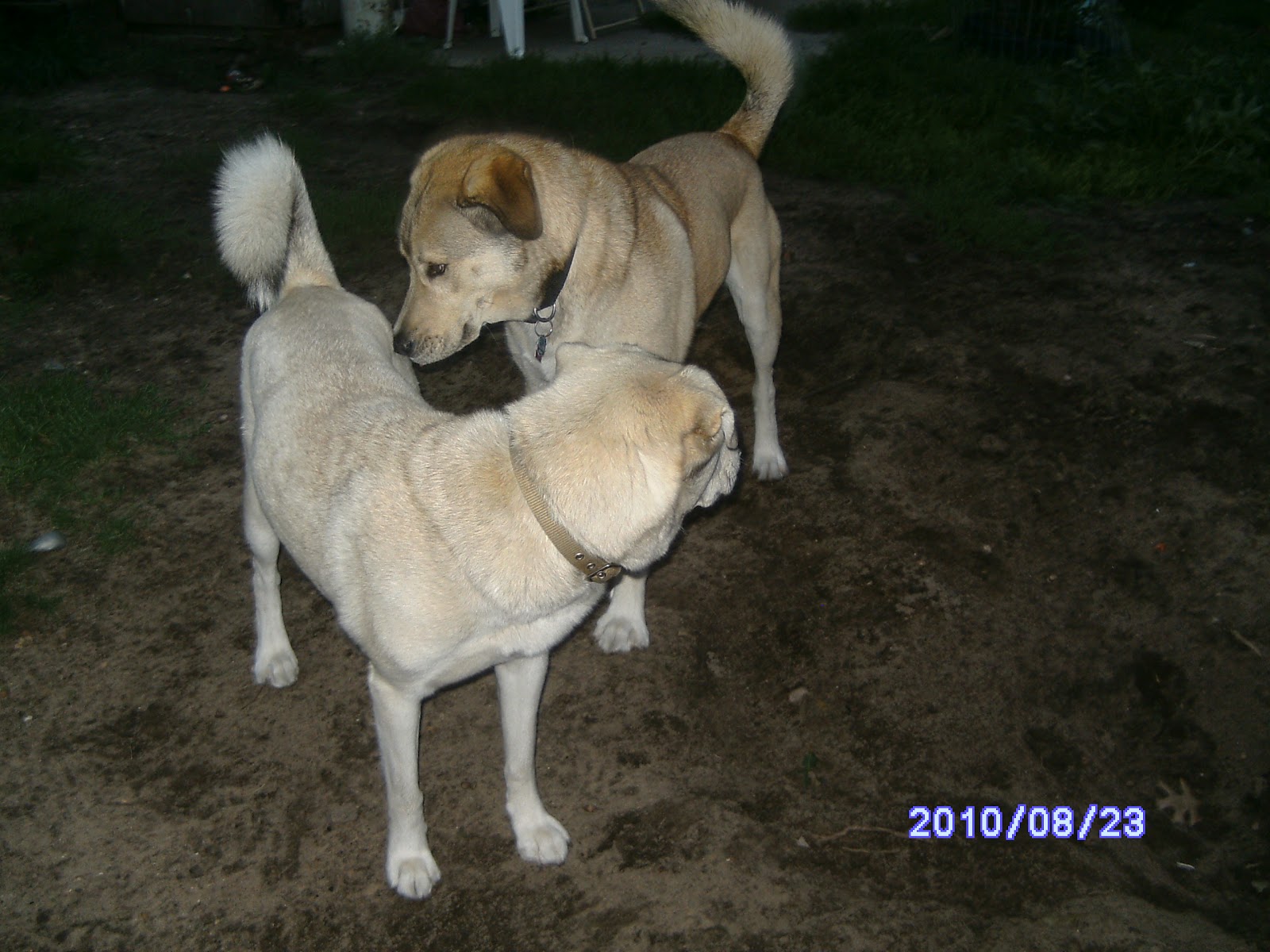 Zappa and Blaze at 10 months old

Hubby, Mark and I decided to try something different on our walk with the "kids" of the two packs.  Since Brut was laid up with a pulled muscle (don't worry he's doing fine) we thought we'd do something we haven't done in a very long time.  Walk one "kid" from the Back Pack with one from the Front Pack.  It has been a good five years since we've been able to do this because of Mark's schedule, we could never stick to it.  So we thought we'd try again and try to make it a habit for this spring and summer.

So first up was Zappa and Blaze.  They used to be great friends.  Zappa was Blaze's first friend when she was returned to us and the first and only one so far that accepted her from the Back Pack, before Chance was also returned to us.  (Check out our "About Us" for a quick recap in upper right corner)  After Chance came back and Blaze reunited with her best friend, getting together with Zappa didn't happen as much as they had in the beginning.

I have video that I've spent way too much time trying to use a video program, so you'll have to be patient with me as my frustration levels are getting very Brut-like at the moment.  ☺

So what do you think the chances are that they still remained friends and enjoyed their outing together?

Hopefully, cross your paws I will have video next time I post to show you what happened.  So tune in next time!

Have a great day!


Posted by 24 Paws of Love at April 01, 2015
Email ThisBlogThis!Share to TwitterShare to FacebookShare to Pinterest

Paws crossed they remain friends. Have a wonderful Wednesday.

We do not do it frequently because there is a certain calming effect in night walks that are routine pairings but when relationships get tense or if some pup is being left out we mix up the pairings. It is restorative because it makes both pups think and it is not such an automatic thing. Hope your mashup went well.