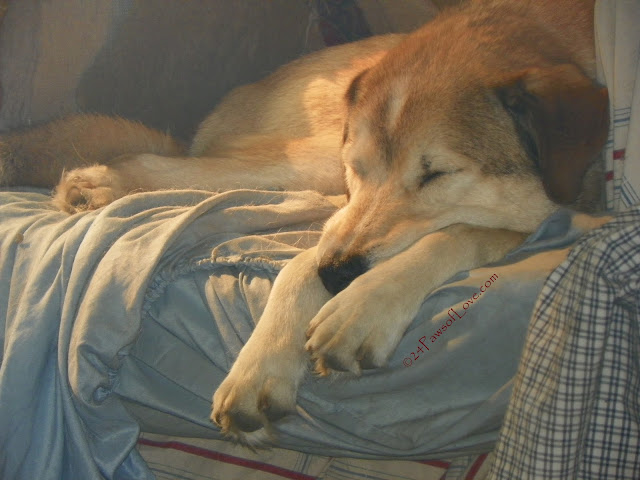 Each dog had a special relationship to Brut and that I would like to expand and memorize on in depth.  They are all grieving in their own way and it is beautiful and heartbreaking to watch them mourn their Daddy Dog Brut.  I am so grateful hubby, Mark and I don't have to go through this with just each other.  Instead we have an entire family of dogs to share in our pain and sadness while they share theirs with us.

I thought there would be a great upheaval in the pack's hierarchy when Brut died, especially with Zappa.  If anyone has pushed to be the new King all this time, it has been him.  He constantly was challenging Brut and crossing Brut's boundaries for what I thought would be his day of reckoning. And it didn't come.  Not even with Brut's death.  Then I thought Zappa would become unruly and obnoxious and plain out of control as he was when Brut was around. Yet after Brut died, the status has stayed the same.  Since it was Brut and I that ruled this kingdom together most of the time, maybe with Brut gone, Zappa accepted that I was still the leader and the only real beef he had was with Brut.  As a son has with his father and the clashes that come with those titles.  Maybe it was just a family affair between dogs and not so much wanting to be king.  Or maybe Zappa just tested his skills to prove himself to his dad that Zappa had what it took to be king too.  Or maybe it is the death and loss of his father that has taken that fight out of him.

If I had to guess, it is a combination of all of these as to why he has chosen to stay Prince Zappa.

And what a beautiful Prince he is. 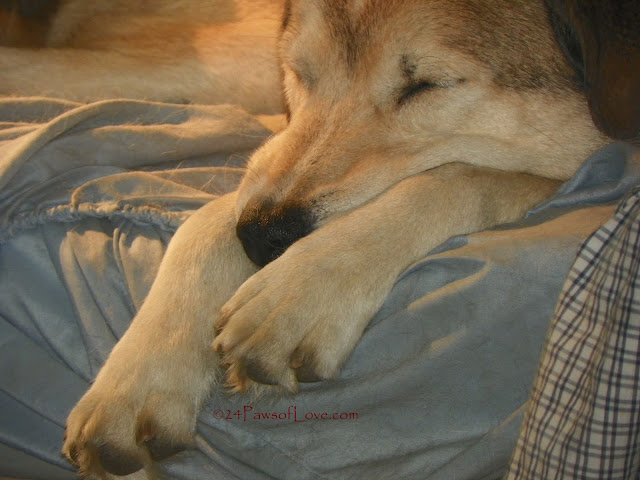 All of these things and maybe that like all cataclysms Brut's Crossing will take time to process and be absorbed by the entire family. Ultimately, I suspect Brut's responsibilities and command will be divided up among all in the pack each according to his or her strengths and weaknesses. It will be amazing to watch you family make the transition and restructure itself. At least that has been our experience with passings and changes to the White Dog Army. Rest, heal, let time take ts course.