It is those sacred moments with Brut that I miss the most.  Those times out in the backyard when it was just me and him sitting together listening to the world around us.

Since he had the better sniffer and better senses in general, I would just turn my head wherever he was facing.  I studied his expressions and little nuances in his face to see if I could locate the smell.  If the scent was strong enough I may get a whiff of Brut's interpretation.  It was such a gift to be part of his eyes, ears and nose.  Always alive, alert and intrigued.  With Brut, I was able to see the world through his senses that let me know it was very much alive.

Being part of Brut's sensory world was so much different than getting in his head.  These times together were about looking out instead of looking in.  At certain points I would speak, or ask a question, but most of the time we just observed and listened to the creatures in the night.

I can remember many winter nights, when the air was crisp, frigid and thin, it seemed like we could hear for miles.  Brut's liver colored nose, wiggling this way and that, while the rest of his body shimmied with excitement.  Those nights, were like magic.  We had a direct line to anything that made a sound, becoming one with the night and those around.

I've tried to create this quiet scene with our four pups, but my heart isn't in it.  They all may be a part of Brut, but they are not Brut.  Whatever we had together during those nights was unlike anything I'd ever experience with a dog before.  It is where I learned to live in the moment.   It was our time.  Something special between Brut and I, that can only be recaptured in my heart. 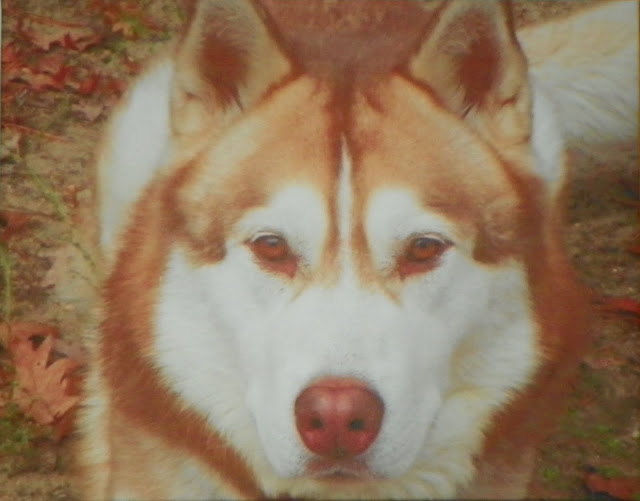 Posted by 24 Paws of Love at June 14, 2018
Email ThisBlogThis!Share to TwitterShare to FacebookShare to Pinterest
Labels: Brut, Brut Thursday

I can relate to your story. I love that with dogs there is no need for words. Unless it's Cooper - he yells at EVERYTHING! But when it's quiet you can let your mind focus on the world they live in. I love that. I can do that with Elke - she's quiet.

Oh, you have one of those too? lol Zappa is Mr. Mouth. Barks about Everything! So funny. He drives me crazy. It's frustrating, isn't it? But so hard to stay mad at them.