sometimes it is better not to know

A post I found buried in the archives that wasn't published.  For new readers, Brut was my problem child dog.  He could be aggressive, dominant, and possessive.  We had quite a bond. Sadly he died in 2015.  This is a little peek into the mind of Brut and I.

If anyone would have told me what was to come when I took that little bundle of orange and white fur, I would have run far, far away..  I am a coward and wimp that way.  If there was any inkling of the dynamics of Brut and what he was going to bring into this home, I would have defied every law in the universe and high tailed it out of there.  And it isn't like I still don't think that way.  No creature has ever tore me to pieces only to transform every element of my being.

And I still don't know if I would have taken him.

Brut has tore down every wall of my defenses and challenged every bit of knowledge I have.  A daunting past that still screams down my throat when it is his actions that sometimes reminds me the most of the pain and terror.  It is fear that binds us, more than any other element.  His external expression to my internal.  His confidence and strength to my understanding and empathy.  We just know each other.

We have been running on the same fuel long before we ever met.

A rampant passion that burns between us because of many wrongs.  Both of us blazing in the same pain.  It is difficult to still such a fire.  Between us and around us.  Flaring a hate and love connection that will not smolder.  This is why we understand each other.  This is what torches our hearts and brings us together with the same flame that heals us like no one else could.


And if you'd told me all of this before, 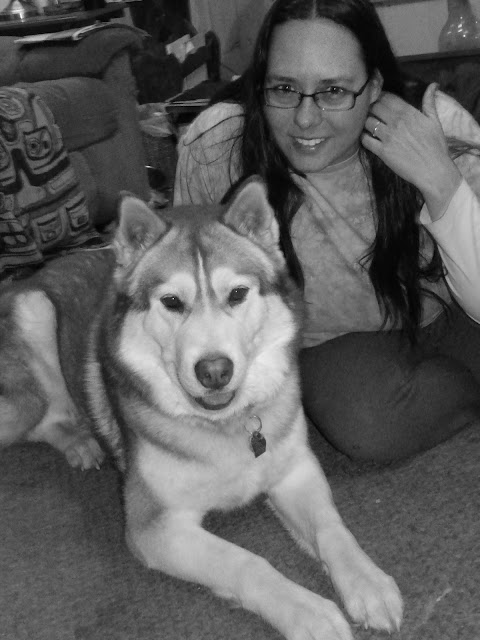 Posted by 24 Paws of Love at January 29, 2019
Email ThisBlogThis!Share to TwitterShare to FacebookShare to Pinterest
Labels: Brut