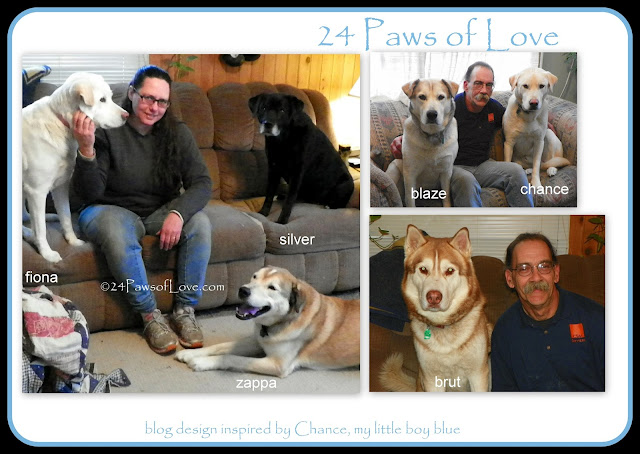 I don't know about anyone else, but I'm so glad it is Friday and that this week is over.  It was a tough one for me, the dogs, the cats and hubby, Mark.  Mark was suppose to go in for minor surgery and it was cancelled at the last minute.  This was the second time it had been cancelled.  Talk about screwing up your plans!  There is a six week recovery after the procedure and Mark had the time set to take off of work, when it all fell through a second time.  Talk about aggravation and frustration! Now we are on a wait and see basis.  Hopefully the third time will be the charm. 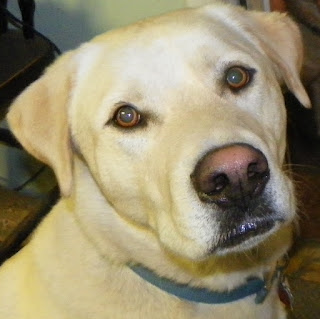 The dogs are doing good.  Chance is still doing good on his diet.  Another talk with the vet after taking Blaze in for rabies shot, made me realize in order to get a good pH reading, I'm going to stop with my daily yogurt cup and no more little pieces of cheese.  Yes, it took me longer to accept that I can't feed him like I do.  From now on just special food and veggies.  The vet said she needs to know if the pH levels are high because of the way he digest his food, or if there is something that is wrong causing the pH levels so high.  The only way to find that out is  by staying on this special food and eliminating all of the rest he used to eat.  So that's my long version of saying I'm sticking to the plan for Chance's sake. 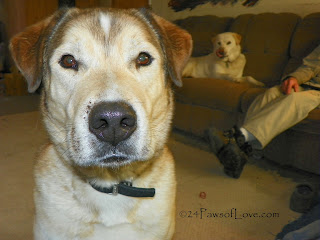 I have been going through PTSD flashbacks on and off for several weeks from childhood abuse.  I love that my therapy dogs are everywhere I am.  The other day Zappa sat on my boot, while I was going to put it on to take the dogs for a walk.  This is normal for him, except this time he was sitting still, no barking or jumping or kisses.  He just sat there, then he got up and walk away.  I took it as a sign that I shouldn't walk the dogs and he proved I was in no state of mind to do so.  It was probably better I stay home, so I took his advice and did just that. 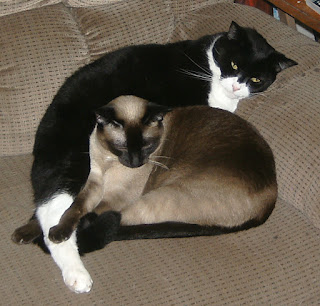 The cats...another tough situation.  Boxer has been chasing Leia (the Siamese), because he is fed up and frustrated and taking it out on her.  I thought they were just playing, burning off some energy.  Turns out Boxer was deliberately out to harm her, throwing his dominance around.  They had both been getting the short end of the stick when it came to my attention this past week.  Now that I'm feeling better, I've been doing just that and things are back to normal.  Whew!

Have you ever wondered how you get a urine sample from a cat?  I did!  I didn't have a clue.  I had Boxer checked out and they used a syringe to draw his urine so it could be tested.  Turns out he had a bacteria infection and was given a shot that last two weeks to help clear it up.  Isn't that cool?  A shot!  No pills! 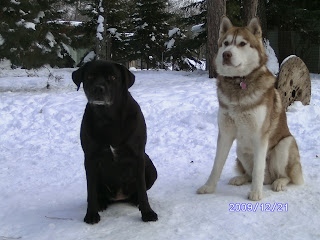 And on one final note, today is a special day: Brut's passing on the date of 18th and Friday is the day Silver passed.  Put them together and you have today's day and date. They are always together in spirit, it's just that today is a little extra reminder of them.

Well, that is the latest from our neck of the woods.  Hope everyone has a great weekend.  Stay safe and warm!

What have you been up to?

Infections would make anyone a little testy, I suppose. You've been busy around there! Here it's been same old same old. Trying to stay warm, keep the outside wood boiler filled, and the hounds happy. Oh, and work of course :) Hope everything comes around for you soon :) Take Care :)

I'm glad that Chance is doing great on his diet! We're trying to do these same kinds of things with our girl Bailey, and I know it can be, or IS a challenge on some days!

Take care my blogging friend, I hope that this week is a good one for you and everyone at your house!