I'm really scared about getting my heart broken again.  Losing three dogs almost at the same time was horrifying and devastating and I don't know that I can go through that again with another dog(s).

Sometimes I feel like Zappa will be the last one...ever.  And there are other times I want another dog, but I can't see any past Zappa.  I think it's because we had a pack, with a mom, a dad and kids and it is so hard to explain the feelings of losing a family of dogs.  From picking out Silver, then Brut, the conception, the pregnancy, the births to watching the litter grow at an alarming rate.  To saying good-bye and then saying hello again with Chance and Blaze.  I have no idea why, but having Chance and Blaze come back made our pack complete.  Yeah, these were special dogs.  We chose and planned this litter for a long time and now Zappa is the only one left. He deserves all the attention he can get.  He deserves everything he can get.

I haven't ended up in the funny farm yet over the last three deaths, but when Zappa's time comes...I don't know that I can guarantee that.

If it wasn't for the cats, I would have lost my sanity.  Right now they are the only ones that are keeping me together.  I know I don't talk much about them, after all it is a dog blog, but if it wasn't for them I wouldn't have much to hold on to.  They too are older seniors and time is flying by.  I'll tell you more about them in another post.  I am so grateful for them.  They are my beacons.

My heart was shattered is several different ways and pieces losing three dogs so close together.  I don't know how to come back from that kind of fracture.  Every day I think about Chance, Blaze and Fiona.  And every day a sliver of my heart starts the healing process.  But I still don't know if I could do it again.  I'm really not sure...right now it hurts too much. 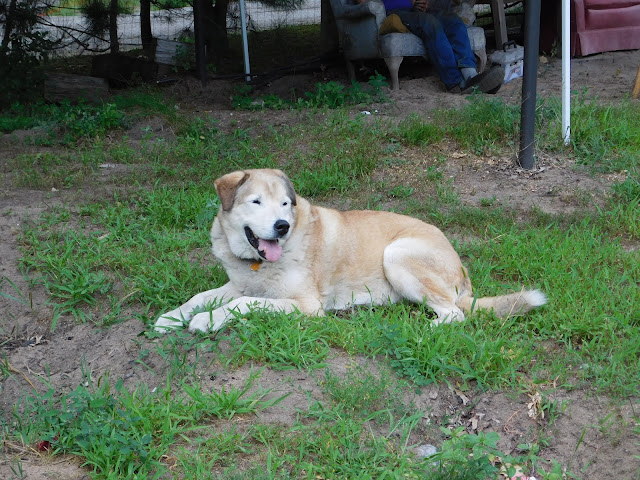 Posted by 24 Paws of Love at August 01, 2022
Email ThisBlogThis!Share to TwitterShare to FacebookShare to Pinterest
Labels: death of a dog, healing

Oh, this brings tears to my eyes. We have such similar love, loss, and heartache. Sending you big, warm hugs. xo