The Rant at the Shelter 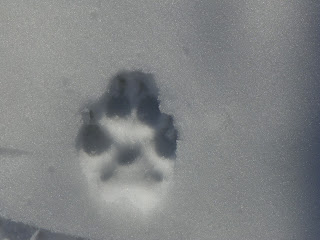 My husband and I went to the local county animal shelter to see if one of the puppies from our litter might be there.  It was only my second time there.  Faces became imprinted on my mind as we walked through. The building was made entirely out of concrete.  The dogs had a wood like pallet in their cages to supposedly  stay off the cold, damp floor.  I was instantly chilled stepping through the door, I can't imagine what these dogs were feeling.

I was afraid to touch any of them as I thought I remember there being some sort of rule about sticking your hands through the fence.  There were little buckets hung on the doors that said doggie treats, I remember feeling appalled at the thought.  The building is in an L-shape.  As we reached the half way point, a very old female basset hound took all of might and pulled herself up and over to the door, her tailed wagged every so slightly.  Across from her two pitbulls sat together just staring into space.  And as we turn the corner into the L, it was obvious the dogs in this section had banded together even though they were all in separated cages.  The leader of the group barked and jumped with enthusiasm until my husband went over to greet him and his bark became more of a warning.  We turned to walk away and the dog kept barking, I turned to him as he vented his feelings to me.  Angry.  The boy was angry.  And we were just another pair of worthless people who were letting him sit there.  We were like all the rest.  His 'words' burned into my brain.  The minute we crossed the threshold, this group of dogs all fell silent.

We passed the first set of dogs again to leave.  Each dog's face etched in my head.  Each dog at different stages of hope or lack of hope, confusion and/or anger.  It was overwhelming to say the least.  I wanted to spend hours just sitting with them and letting them tell me how they were feeling and what I could do to help.  And I walked out of there feeling like the cause to this problem, just by being human.  The facility was the least humane building I've ever seen, like a jail.

We were silent for most of the ride home, neither of us knew what to say.  When we got closer to home, the tears began to fall until I was sobbing, "I couldn't do anything."  I was feeling so guilty for not touching any of them and my heart was broken by the old basset girl who gave everything she had to say hi and I did nothing.  "I did nothing!" I cried out.  We pulled in the drive and sat there with my face in my hands and heard that dog rant in my head and realized I did do something, I listened.

I heard him.  I didn't try to stop him, turn my back on him or try to dominate him.  I just softly looked into his eyes with my head lowered and took in everything he was telling me.  And I understood.  I understood what it meant to be wronged by another living being.

When he finished, I nodded, silently thanked him and walked away.  That's when all the dogs fell silent.  At the time I felt like there was nothing I could do for him, until I realized when I got home I gave him what he needed at that moment...someone to listen.
Posted by 24 Paws of Love at March 21, 2012
Email ThisBlogThis!Share to TwitterShare to FacebookShare to Pinterest
Labels: dogs, shelter

I'm still here:) You made me cry for those poor dogs! I don't think I've ever been in a shelter, I couldn't stand it. Just reading about what it's like is heartbreaking.

A very sad place to visit indeed. And oh, to be able to bring them all home:(

You can only give the gift you have to give. Yes, you listened. And you shared what you heard. Thank you.

Old fashioned shelters are so hard. They create an atmosphere that makes it difficult and unlikely someone will find a friend to both with and take home. And the stress of being there changes many dogs.

I hope your community is someday able to change their shelter system to a more humane place. It's not the final answer. But it's a start.

It's true how emotional and sad the shelter can be. I volunteer at our local SPCA (on a break from breaking my collar bone), but it was hard. None of the dogs deserved to be there. Very few were actual strays or seizures, most were turned in by people who just didn't want to put up with it anymore. I think what I find the saddest are the dogs that get adopted by a family, and for one reason or another are sent back within a week for stupid reasons like "he barks to much, or she jumps on everyone". I'm sorry, but dogs are forever, not just because you feel like it. When you buy or adopt a dog, it's a commitment. I took my time choosing to adopt Kobi thinking I got a puppy that would be easy. Boy was I wrong. He is one of the most challenging things I have ever done, but I'm committed to him. Just because he's scared and reactive doesn't mean I send him back to the shelter, it means I work harder to figure out how to help him. It's taken me almost a year to start making progress, but it's showing.
I know first hand how hard it is for the dogs in the shelter, and some days I leave feeling like I didn't do enough because I couldn't spend time with all of them. There is no way around the shelter environment, but the volunteers and staff usually are trying their best to make them feel some sense of love and companionship and to give them the basics that every dog needs.

Oh this tugged at my heart strings!

It's sad to see what humans have done to them...
-Corbin

This post was beautiful. I recently started volunteering at an animal shelter, and I know what it's like to want to bring home each of them, give them a good home and the love they really deserve.

That is a beautiful post. I happened to read it at work and now I'm sure my eyeliner has run down my face. I don't know whether to feel worse for the dogs that have given up hope or the ones that still have some and are dashed down everytime.

Its very sad. I cant bring myself to go to a shelter, I can help by donating money. I cant take a dog on a walk knowing that it might be its last walk and so forth. I am way too emotional when it comes to animals and a shelter would traumatize me.

I had tears in my eyes as I read your post today. You just want to love every one of these poor dogs. They don't understand why they're there and can express it in so many ways.

Our Toby is one of those dogs Kobipup talked about. Brought back after a couple of weeks by a family that said "he didn't obey". He's been with us ever since and couldn't be a more loveable and sweet companion.

This is so heartbreaking... Thank you for sharing your experience. I make blankets for sheltered animals and you encouraged me to make more.

My boyfriend and I have been warned not to touch the dogs through the bars at the county shelters too, but we always did. We used to to look when we just had Hades but now that I can't leave with another dog I can't go. Volunteering is spent with a no-kill rescue... I just can't step foot into those places. I know it's so hard.

OK, tears here, too. It's so sad when you realize how many times dogs and cats in all shelters go through the look over by humans and are rejected time after time. It's not fair and all of them deserve so much better.

To me the biggest heroes on the planet are a group in New York City who go and spend the night with dogs that are slated to be euthanized the next morning. Then sleep with the pup, holding and listening and loving, in hopes that at least they are gving the dogs a sense that SOMEBODY cared and was with them at the end.

Quinn came from the worst shelter in Los Angeles county. His eyes were nearly hopeless and his body sagged with defeat. We understand...I still cry when I see photos of dogs in tat facility.

Thank you for sharing this beautiful post with us!
Mom's all teary eyed again..but she's smiling too with the thought that there are people who care too!!

Having been there I can tell you first paw that shelter isn't always the correct word.