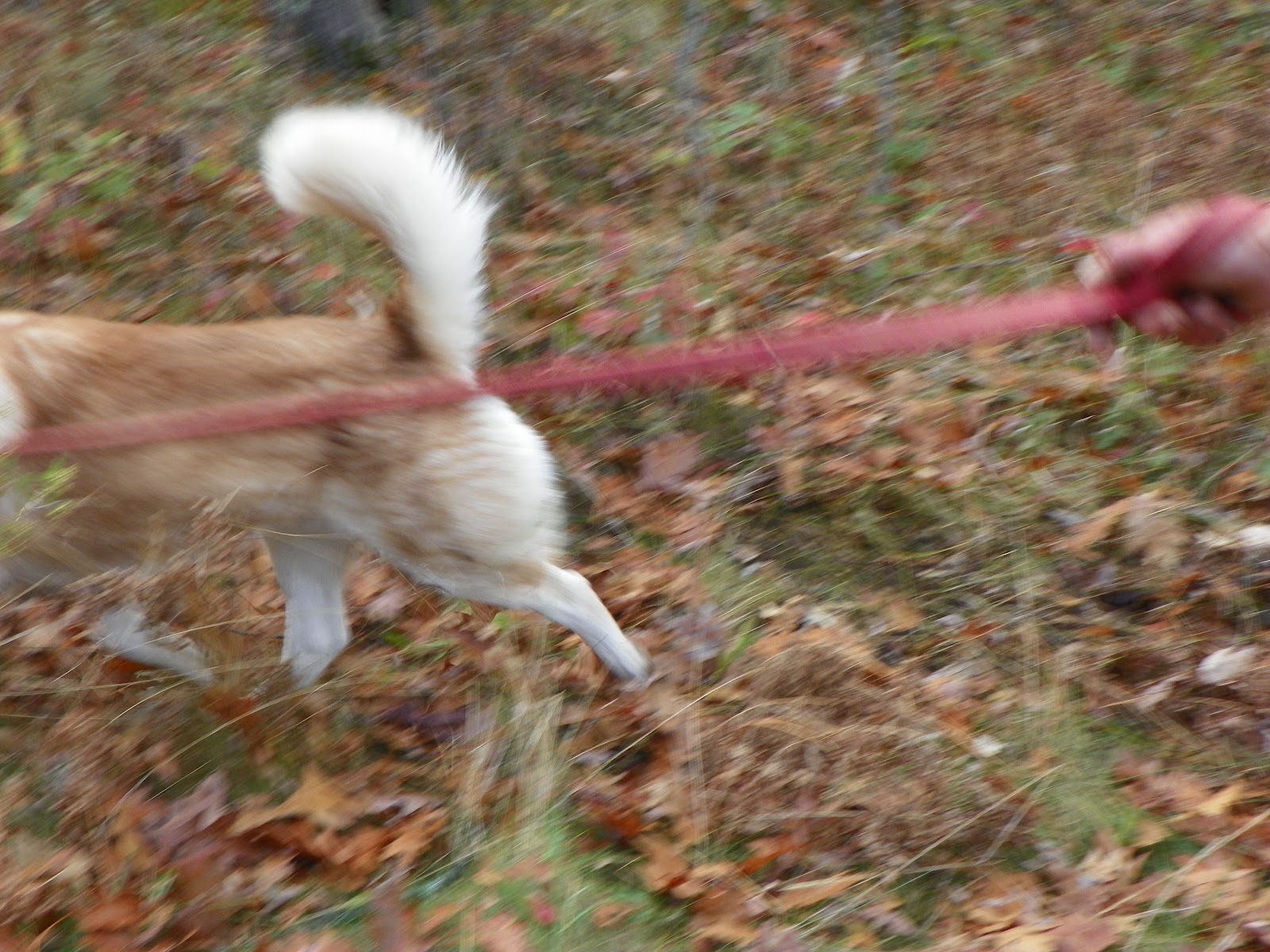 Brut's actions walking on a leash while passing people usually deters anything more than maybe a wave or a nod from other people while I do my best to settle him down as we pass.  Even though running into people is a rare occurrence, when we do, Brut will lunge toward the person.  He doesn't growl, bark, or snarl, just lunges and jumps directly in that person's direction.  While we've had some minor improvements on his behavior, there have been a couple of times he totally caught me off guard and was calm, cool and collective, with little action from me.

My question is:  If ever asked, what could I tell people who ask to pet or say hello to him?  Especially children without scaring anyone?

I tend to get anxious around people as it is, but I'm doing much better at being calm.  But I panic when I see someone up the road that they will want to get close and/or pet Brut.  I understand that I'm not helping out Brut's behavior and that he is likely reacting on my fear to protect me, but I think it would help to be able to have an assertive, yet plausible line to tell someone who would like to get close.  It would really help me calm myself down.

My backup plan was saying that Brut was in training and couldn't be petted.  But here's my problem, I can't lie, it only adds to my anxiety.  The days I may be really training him, I could say that, but out for a regular walk, I don't know that I can do it.  What can I say that is the truth, without having to say he's aggressive or reactive or something along those lines?

What do you say when you don't want someone close or petting your dog when you and your dog need space?  How do you handle situations like that?

Thank you, I could really use all the suggestions I can get.  I am plum out.

I am not sure what to suggest as we have never been in such a situation. One friend who does have a really mean looking big dog which is actually a nice dog has him muzzled as he doesn't like children. But that is because we are in town and there are a lot of children on our park. Hope someone can give you a good suggestion. Please let us know what you decide. We'd be interested to read them. Have a wonderful Wednesday.
Best wishes Molly

I just tell folks that (with us it is Monty) he is in training and we would prefer they don't. If Monty is having a good day, we ask if they wouldn't mind helping us out. We ask Monty to sit, or down, and have them approach him. If he acts crazy, we have them walk away. No one has ever been offended by this. We run into a ton of kids and adults walking. Everyone is drawn to him, but Monty isn't the most stable of all dogs. Kids especially love to "help" and they are learning something about how to react to dogs along the way.

I would also start asking Brut to do something when someone is coming, even if it is as simple as a watch me command. Change direction, sit - anything that will make him focus on you. Don't expect him to sit long, you just want him to pay attention to you instead of who ever is walking by.

It helps us to have Harlow for those kids and adults who get to close. We send her out and can keep Monty close and distracted.

BOL - I hope this helps! It's wordier then I usually am. We run into this so much.

Hey there :)
Maybe I can offer something to this dilemma....
I've been in your situation before (I was always anxious with Maxdog when walking out on lead) and its always awkward.
I have learned over the years to be assertive. My point of reference is my own anxiety levels. No matter what the reason, if I'm not comfortable, I say so - loudly and assertively. When on lead, it has more to do with how confident the handler is feeling than the behaviour of the dog.
If a dog is unpredictable (no matter what the reason), it is better to insist that people/dogs stay away and don't come near.
I know it can sound harsh, but we are responsible for our dogs, their natural sense is to protect us when they perceive a threat and we need to be assertive in an uncertain situations. Dogs, for example, can smell adrenalin on our breath (When I am nervous, I chew gum - it helps mask the adrenalin).
The best thing is to simply say: "I am not comfortable with you touching my dog." Or more directly: "Please DON'T touch/come near my dog!" . You don't even have to provide a reason. Always make sure your dog is on lead in a public space.
I saw an initiative in cyberspace where folk are putting yellow ribbons on the dog's leash if they DON'T want people coming near. It's a great idea, but without awareness, it won't work.
If you are really anxious, then you can even get a T-shirt designed for you to wear on your walk: "Please don't touch my dog!"
I know that people, for example, discourage anyone from touching Guide dogs. There is NO harm in you insisting that your dog is NOT touched.
At times, when children have come up to me to pat my dog (eg Thankfully Toby and Lexi are ok with children), I take the opportunity to teach the children that they must ALWAYS ask the handler first; that NOT ALL dogs are comfortable with people coming close.
I hope that helps a little.
sending lotsaluv
MAXMOM IN SA

With Morgan, I just bluntly tell people "no" if I have to. Generally, I tell them that she's not comfortable with people petting her in public and that she's very protective of me, so it's best to leave her alone. Most of the time, my husband handles her, and usually I have one of the Greyhounds with me, so I tend to intervene and offer to let them meet Bunny or Flattery and my husband steers Morgan off out of the way. But, honestly, there's nothing wrong with telling people no.

Coco has this problem with people and dogs. A trainer suggested the book, Feisty Fido. It is really good at giving examples and suggestions on how to correct the behavior so that you can avoid the problem of what to say altogether!

I certainly feel your pain!

If you think it will make him uncomfortable tell them no - surely how he feels is more important and if he is forced to interact with people he doesn't want to that will only add to his stress. It sounds like it could be that he is picking up on your nerves to the situation. If you are tightening your grip on the lead or tensing in anyway it may be sending signs to Brut that he needs to protect you. I read that singing a song in your head helps you to stay calm - I always end up arguing with myself over which song to sing, but hey that distracts me! Have you heard of the I need space yellow ribbon campaign? Check it out, sounds like you could do with one of the vests!