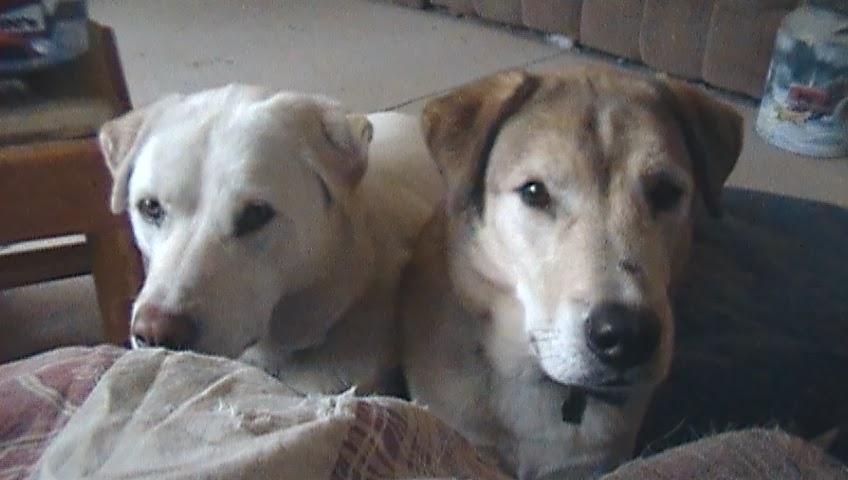 So what do you have today MOM?
And how soon are you getting up?
It all started with January being Train Your Dog month and Pamela's dog training challenge to bond with your dog while your dog learns.

We are going through a rather intense life changer so my energy has been taken up mostly by that, making it hard to focus.  So when I needed to start playing indoor games with the dogs because of the weather, I realized I could concentrate for short amounts of time and still reap many benefits.

Zappa and Fiona are the dogs I'm still getting to know and bond with.  They have lived a different life than everyone in the house.  They were born here, grew up here and have never been abused.  Unlike the other dogs who have all been through something that makes their live different from Zappa and Fiona.  Neither Mark or I can relate to them on that level either, but have cherished their special lives for their pureness.  And when all the "problem" dogs stole most of the attention Zappa and Fiona weaved in and out this mess, patiently waiting their turn.

I began practicing "leave it" about a year ago with Zappa and Fiona as I never really got a chance to work on it much.  When they were puppies and still with the litter, all the puppies learned the habit of getting on the couch to steal food and drink out of our glasses off the end tables.  And the tradition has carried on with Zappa and Fiona.

Every time we leave our seats and don't put our glasses or plates up, they make their move for what goodies may be there.  Even if nothing is there they still check.  They have found some surprises before. 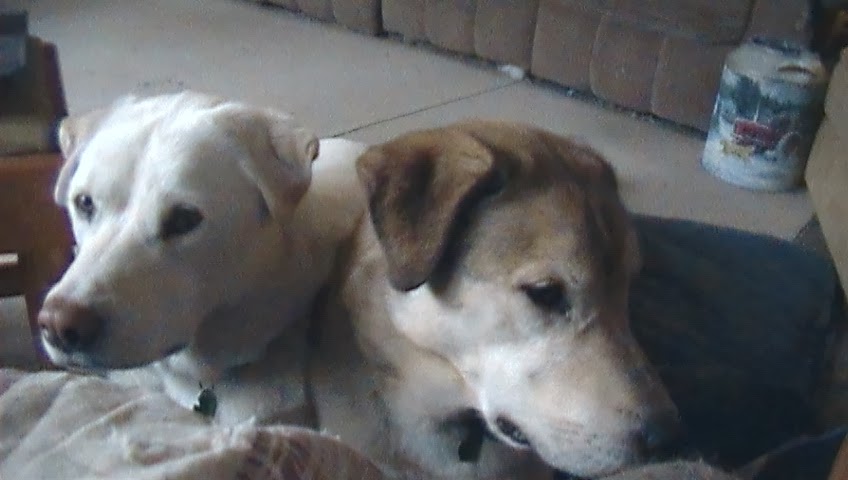 Zappa and Fiona had the basics of "leave it" down by placing a treat in front of them or on their paws, but my bigger quest was Fiona.   She makes it her mission to sniff out Mark's spot, the second he turns his back.  It has become a rather bad habit and  a dangerous one.  Although we have been very lucky.

I made a practice version by sitting in Mark's spot, getting up and down, walking away and even leaving the room for a second.  What I was surprised the most was Fiona's eye's followed mine in these exercises.  I had her full and complete attention.  She never let go of me even when walking with my back to her.  That was cool!

Then we put it to the test with Mark's three course snack.

And the biggest thing I'm learning is to nip it in the bud as soon as possible.  Like just before she starts thinking about it.  Telling her leave it when one of us gets up.  We've had some really great results and we have had some really close ones.  Once Fiona had her nose in Mark's pop and just really to take a drink and while she fought the urge of listening or licking, she actually backed away and laid down.

And I'm learning how to outsmart Fiona when she is rewarded not to go back and purposely try for the food again, just so she can be clicked and rewarded for another treat and another treat.  She's a smart cookie!

Special thanks to Pamela for hosting this blog hop and challenge.  Every year I learn something new about myself and about the dogs.  And Zappa and Fiona really deserve this special bonding time because well, they are such special dogs themselves.  ☺
Posted by 24 Paws of Love at January 31, 2014
Email ThisBlogThis!Share to TwitterShare to FacebookShare to Pinterest

That leave it command we know only too well and it is not always about food, big sigh. Have a fabulous Friday.
Best wishes Molly


Wonderful that you're seeing the results of your work - keep going!

Unfortunately, none of my dogs are solid on leave it, but they all know "wait" pretty well. I need to focus more on training. Thanks for the reminder!

Wonderful! Leave it is one of the most valuable things you can teach a dog. But it's so hard to teach after they've enjoyed the spoils for snagging food.

Sounds like Fiona and Zappa are learning. And that you really are enjoying some bonding time with your girls.

Thanks so much for joining the challenge.

Wonderful! Leave it is one of the most valuable things you can teach a dog. But it's so hard to teach after they've enjoyed the spoils for snagging food.

Sounds like Fiona and Zappa are learning. And that you really are enjoying some bonding time with your girls.

Thanks so much for joining the challenge.

Way to go! It sounds like you are really getting there, with steady work.

Well done - that's tricky to train them out of something that they've always done. Keep up the good work!

Good for you! This cue takes a lot of patience and I admit, I have let Shiva get away with this more often than not in the last few years. I am pretty sure she has forgotten what it means. I think it's great you are still working so hard at these vital life skills. Thanks for participating and thanks for the inspiration!