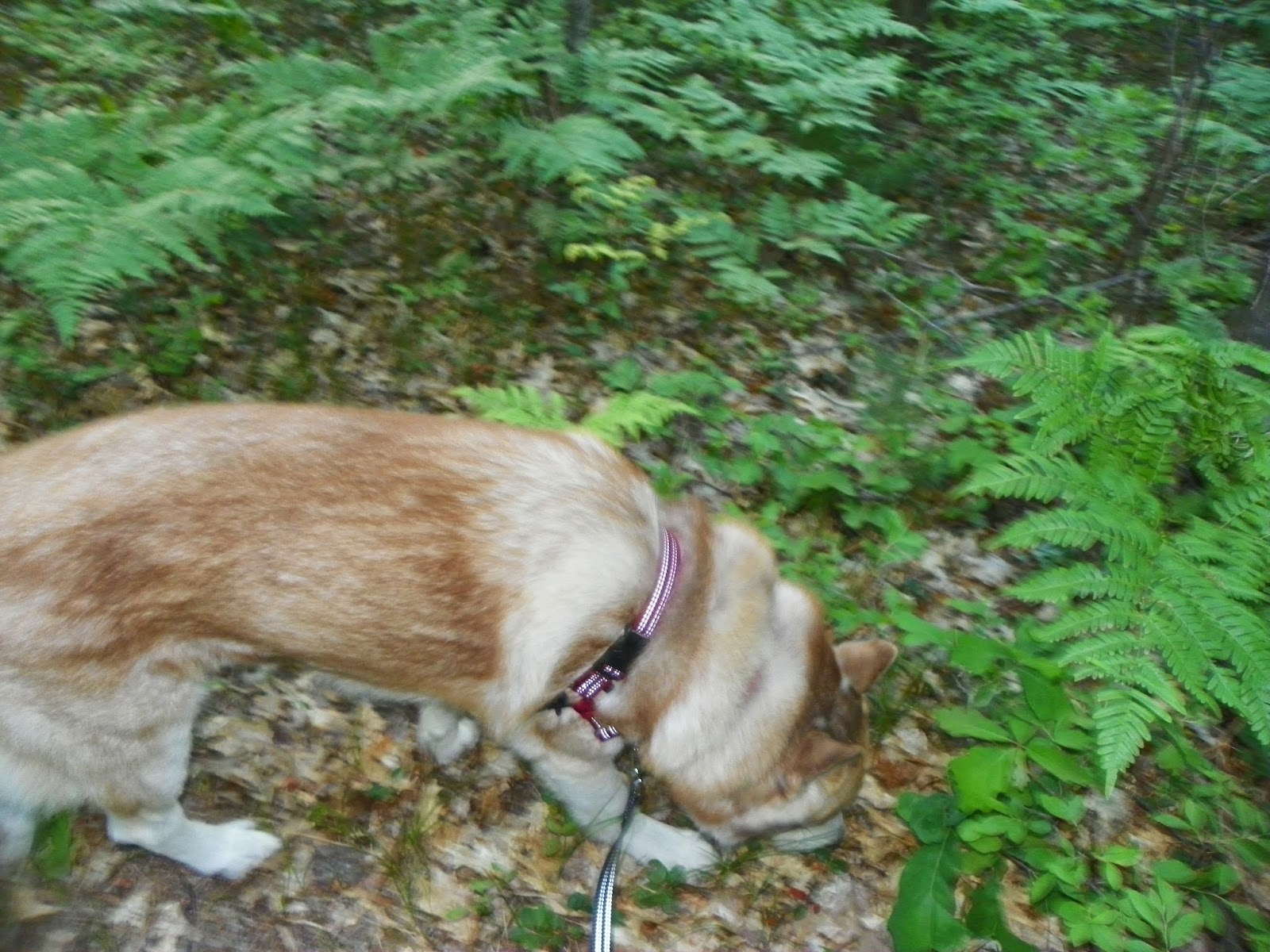 Thanks so much for all the comments on our post about Brut and our run in with a loose dog.  Pamela from Something Wagging this Way Comes, brought a point that I hadn't considered.  I was under the assumption by the dogs friendly attitude and wanting to meet and greet with Brut, that she must have been socialized or even over socialized.  She was very unsure how to read Brut's signals and kept running back and forth.

Which brings me to KB's comment from Romping and Rolling in the Rockies.  She wondered if Brut was giving mixed signals from experience with her fearful dog Shyla.  And I would have to agree with her as well.  When I analyze Brut's behavior around other dogs, he has been inviting at first until the dog starts getting close.  Then his fear kicks in and then he reacts.  He is terrified of other dogs, but I hadn't put two and two together because in the moment when another dog coming at him his fear kicks in as aggression and he is going to attack.

If I flipped that around in my mind and deal with the fear first, I might be able to help turn him around.  (Not in a situation when a loose dog is running in his face), but when we take our walks and run into safe dogs on leashes or behind fences.

And I agree with Elka from Elka's Almanac that it is very frustrating and that we have had our share of unfriendly dogs that have run up loose to us as well without incident.  But it took a whole lot of strength on my part trying to hold Brut back while blocking other dog.

Which brings us to the never ending fight of loose dogs and excellent recall.  It took several attempts for this dog's owner to get a hold of this dog and she made no effort to actually grab the away from the situation.  She just kept calling the dog's name over and over until eventually the dog came.  I also agree with White Dog Army, who stated no dog should be left loose without having absolute recall. 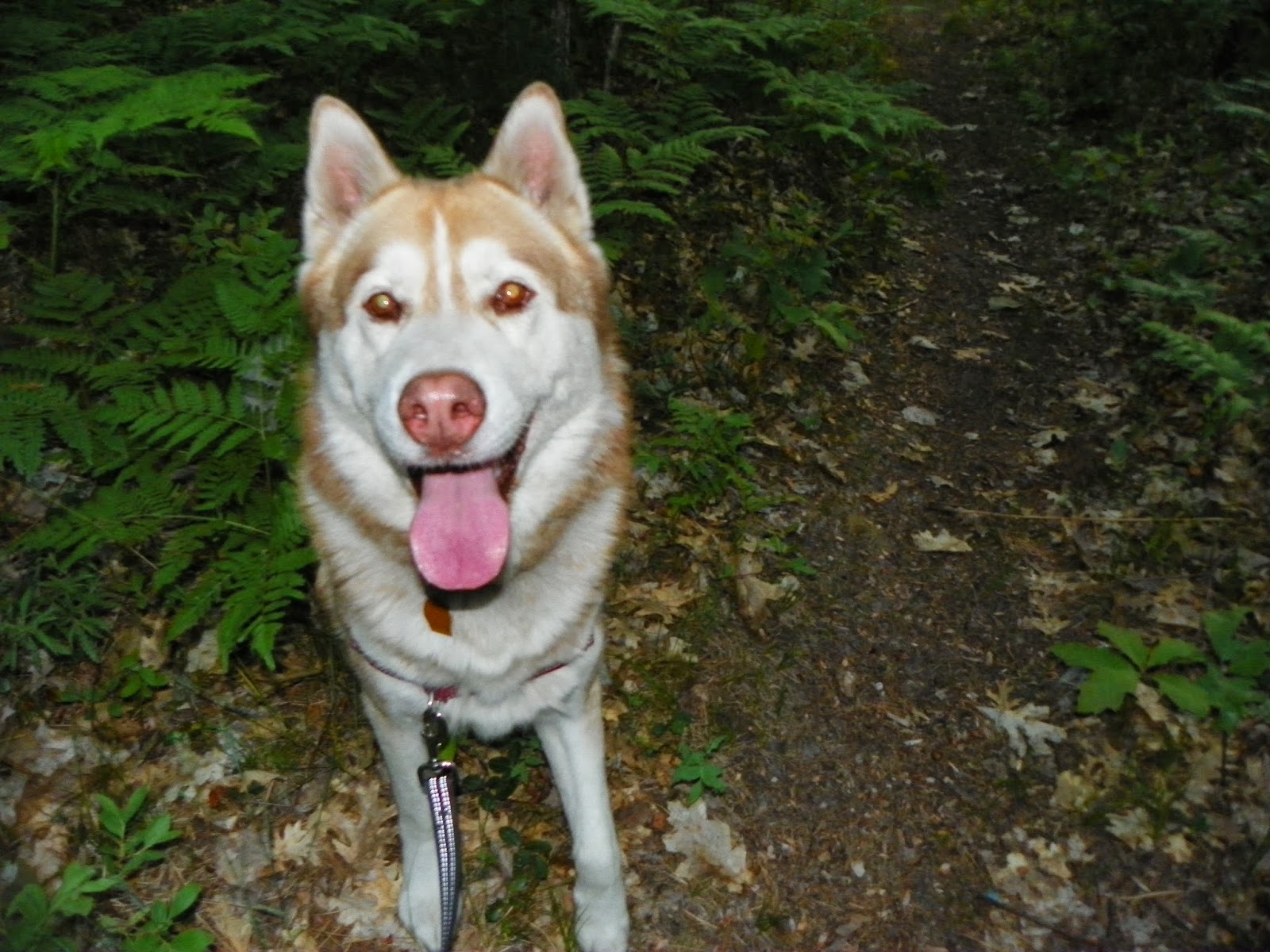 I've run into this situation time and time again.   In our neighborhood, at the park, even running around downtown loose dogs ahead of the owner whom can't even see his dogs and then they run into Brut and I and I am left with Brut facing a dog or two who are under no control.  And then I've got a situation until the owner catches up.  People simply forget that not all dogs are friendly.

It's the reason I take the utmost caution and preventive maintenance that it takes for the safety of Brut and other dogs.  I've been giving him treats walking by houses with dogs whether they are out or not, passing people walking or on bikes so that he starts to associate some good things when we are out.

Sometimes I just turn around.  If I'm not up to it or don't feel very calm I turn the other way when someone/dog is coming.  And I found if Brut keeps moving past person/dog rather than stop and wait for them to go by, he does much better.

One interesting point I'd like to add, when this incident happened with the dog running up to Brut, once the lady had her dog and after I was situated, I tried giving Brut a treat.  He was pretty roused up by then, BUT he did snap at the treat, which I took as an excellent sign that he was still with me.  He wasn't so far gone nor as focused on the dog.  And I thought THAT was great progress!

It sounds like you're already formulating a plan to help Brut with his fear.

As you observed when he took the treat, he wasn't so aroused that he didn't notice the food. The key will be continuing to reward Brut for staying below his threshold for reacting.

Unfortunately, your neighbors don't seem like the kind of folks who are as conscientious about their dogs as you are about yours.