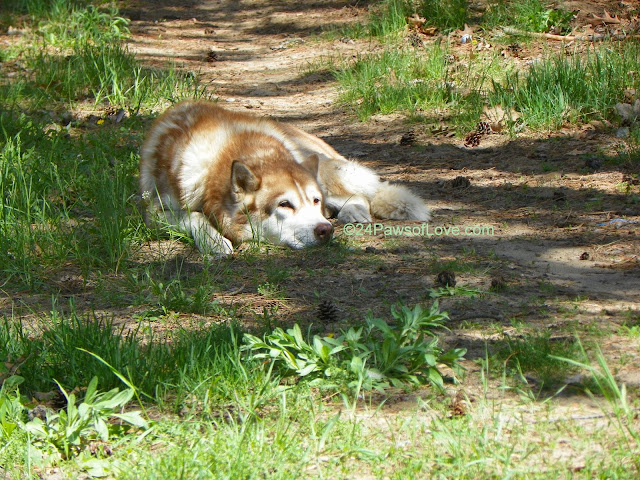 Hubby, Mark and I haven't done so well updating.  Brut has slowed down in the last three or four days.  He's bleeding internally and his blood pressure is low.
It's hard for him to get around and mostly he just rest.

That's where we are at right now. 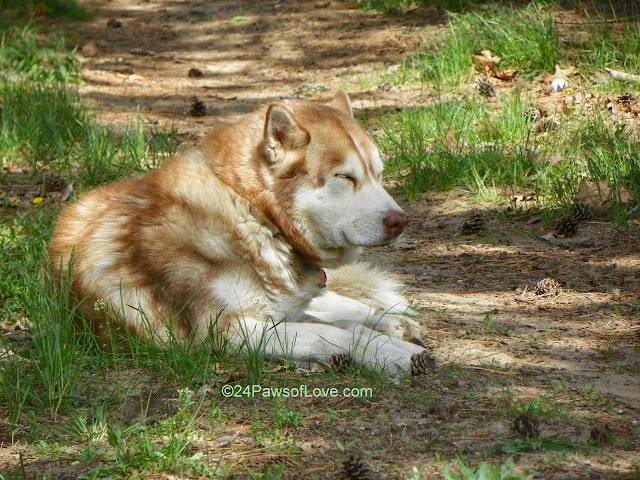 He has a hard time keeping his eyes open. 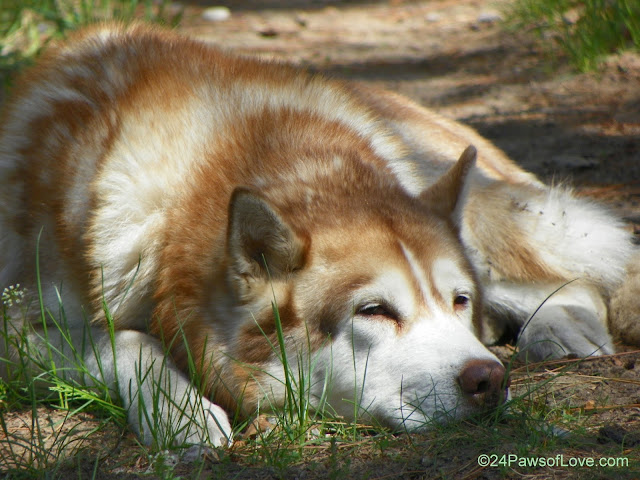 He stayed outside until dinner.  At least he is still eating and drinking.  Good signs.
He's not ready to go just yet. 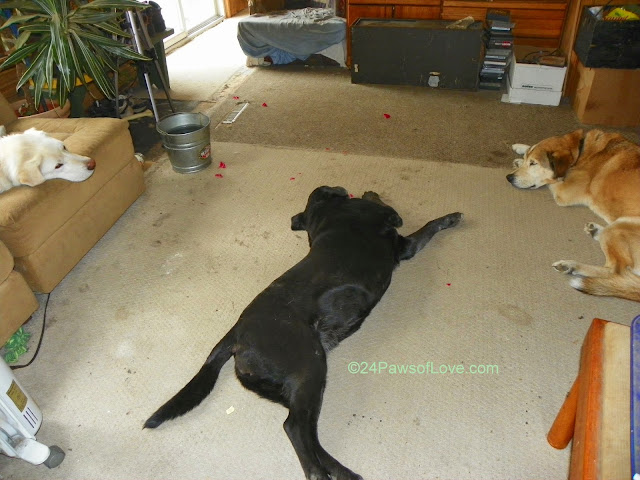 And the rest of the quad pack?  Praying Brut isn't ready to go either.
Posted by 24 Paws of Love at May 20, 2015
Email ThisBlogThis!Share to TwitterShare to FacebookShare to Pinterest

All paws crossed for Brut.

Hugs and Woos - Ciara and Lightning

Thinking of beautiful Brut. Eating and drinking is still a very good sign. We will start a pawcirlce of prayer, healing & hope for him on our FiveSibes Facebook page. Hugs to all.

Thinking of you all.

Praying for Brut...and for your family. POTP!

Following your heartbreaking journey mostly on FB. I hope there is a rainbow for all of you at the end of it xx

I know how hard it must be watching him day after day go through this. My heart goes out to you.

Poor Brut. I hope he's getting some enjoyment from the feeling of wind on his whiskers and knowing how very much he's loved.

We love you, Brut! Paws crossed you have many good days ahead.

We are all our paws crossed for Brut. Sending you lots of hugs and prayers.