Just for You Angel 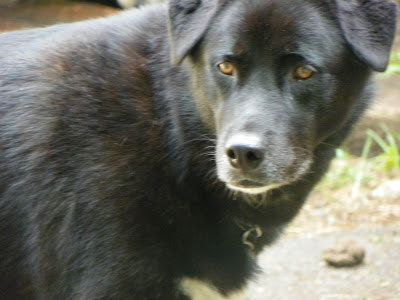 This dedication to Angel comes to you through Daddy's eyes.  Angel was one of our homed pups from our litter who died almost a week ago today.  We would like to give special thanks http://www.dogtrainingcollars.com for making this post possible.

It seems like it was only yesterday when Silver and Brut made us grandparents on Jan. 2, 2008.  Starting at 2:50 in the morning when the first of ten live births begun with Zappa until Fiona was finally born at 9:15 that same morning.  In my whole life I have never witnessed such an awesome sight.  Zappa was the first Husky, Red was the first white one and Angles was the first black and white one.

Never in my life have I witnessed such a miracle, one after another, ten puppies being born with about a half hour in between each one;  while Silver did what she had to do before the next one was to come.  I am still amazed to this day the event that happened the morning of Jan. 2, 2008.  I just feel so blessed from God that I was able to see the whole thing from beginning until the end.  I still can’t describe in words how it made me feel, but I do know that it changed me.  I knew I was never going to be the same person I was before.  The roots, the humble beginning, where the 24 Paws of Love first came to be. 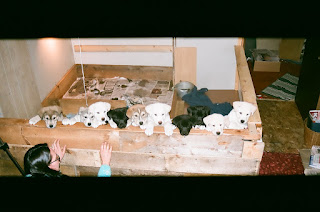 I did witness the birth of my son and at the time that was the most awesome thing I ever witnessed, but that was nothing compared to witnessing the birth of ten puppies alive and well.  From that day on I came up with the term “The Power of Ten.”  Each puppy was just as important as the other.  I wanted to keep each one and as each day went by that feeling became stronger and stronger, but I knew that because of money it wasn't going to be possible.  It really tore me up inside.  Money the root of all evil.  I have always hated that issue.

When you look at the world around that we live in, with so much bad and pain and suffering, it seems people just don’t know how to live.  But when you live 24/7 right from the beginning watching a litter of puppies from day one as each one grows in such a short period of time with the interactions between them and the innocents of play, eating, going outside to explore and the team work they all have together, you realize that is the way it suppose to be. 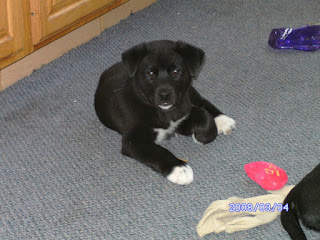 That’s why Angel stood out from the rest of her brothers and sisters.  She was a little different from the rest.  She was always doing things faster than everyone.  She escaped from the whelping bed first and got up on our bed and she could get back in the whelping bad just as fast as she got out.  She was a very loving puppy and a good example of what living a good life is all about.  We were so grateful that we found a good home for her.  A girl who was good with dogs, had dogs all her life and there was no doubt that Angel was very much loved by her.

We never had a problem when we wanted to go see Angel and every time we got to her reactions was the same.  She would just go crazy knocking me down with kisses.  She seemed to be saying, “Thank you so very much for loving me and taking good care of me when I was younger.”  I have never had anyone so excited to see me and she reacted like that every time I saw her.  You would think that after a two or three years the reaction would change, even just a little bit, but it never did.  Even up until the last time we saw her alive, her reaction was just as crazy as the first time. 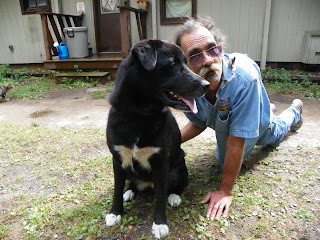 As I’m looking at her picture right now I’m still having a hard time believing Angel is gone.  Matter of fact if it wasn't for us being there and seeing her lie in the back of the pick up, so still, like she was sleeping, I still wouldn't believe it.  I am not a very visual person, but I can see her running up the embankment to cross the road to go home and being hit by the truck that didn't see her in the fog.  I still can’t get this out of my mind and I am so grateful that after laying there for the days she did, in a wooded area no other animal did anything to her body.  It was bad enough just seeing her the way she was.  There was no visible signs of damage except her back end and legs were twisted.  Looking at her like that will haunt me for a long, long time.  I will be mourning for some time.

As I petted her and kissed her one last time then helped put her in her final resting place, I really didn't know what I was feeling.  Angel’s parents put her dog sled racing harness on her body and put Angel's own pillow under her head after laying her in the ground.  As they were putting the dirt over her I just wanted to shout, “Stop!  I want to take her home.”  But I didn't   Nothing would change what had happened to our little Angel.

As we were riding home I realized that she was gone from the physical world, but that she will always be with us in the spiritual world. 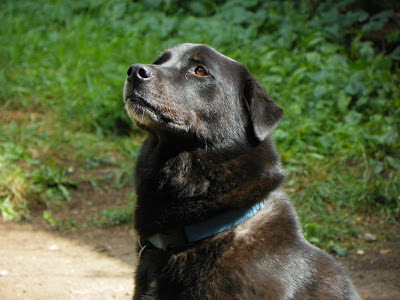 When we got home the 24 Paws of Love knew something was wrong, other than the fact it was walk night, each one smelled our hands and could sense the loss.

And I think one of the hardest things is that we had the whelping bed in the corner of our bedroom where now is Zappa’s and Fiona’s built in crates is the corner where it all began.

Angel may be gone, but she is still very much alive in spirit, along with Brut, Silver, Zappa, Fiona, Chance and Blaze at the home of the 24 Paws of Love. 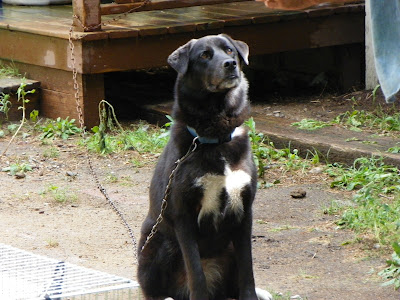 to be continued...
Thank you for all of your support and comments about our loss.  Just to let you all know, dog (and cat) people are the best people in the whole world and I consider you all my best friends.  May God Bless You All.

Lovely tribute and we are so so sorry about what happened. You are in our thoughts. Sending big love.
Best wishes Molly

That was a lovely tribute to angel and a great way to remember her!

We are glad you had a chance to say good bye. Our hearts our breaking for you - you have made a very special tribute to Angel.

Such a lovely remembrance. I know Angel will forever be in your heart and that you'll miss her very much.

I has tears. Also luv.

A noble tribute to a very Special Angel. We wish that it was within our White Dog Power to turn back time and change things...to bring Angel back...to ease your pain...to promise a future now changed. We CAN and do offer you our tears to wash away some of the ache, and our paws to cradle you in comfort, and our love to make the experience less solitary. We ask for peace for all.

What a lovely tribute to Angel!

I know I'm a bit late, but I'm so, so sorry to hear about Angel. She was so beautiful and I know you miss her. But you're right, she's there in your hearts. And always will be.