So we decided to take a walk.  Chance, Blaze and I, the three of us together.  I packed up some water, some treats and our little trio headed out.  Since we are still new to all three of us walking together we had to take some "chill out" time along the way sitting under the shady trees.  It was great to walk with the pair.  It was just a great day to be out and about.  It doesn't get any better than that. 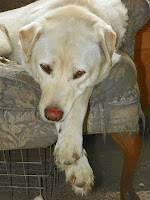 Fiona has been bummed out that nobody wants to play chase with her, so I took her for a special walk down a road we haven't been on in probably a year.  Her tail was up and I don't know if her toes even touched the ground she was so happy.  She kept me moving.  :)  And even though we were gone for almost an hour, she wasn't ready for it to end, but I know she had a great nap afterwards. 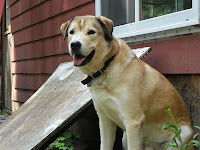 Zappa was bouncing off the walls, he knows after Fiona goes for a walk it is his turn.  His enthusiasm was so cute and contagious, I just wish my body felt the same way.  :)  I took him as well around a block that I can't remember the last time him and I have followed, though I had to cut a few corners as keeping up with Fiona had wore my legs out.  Thank goodness Zappa never knew, or I'd never hear the end of it.  bol! 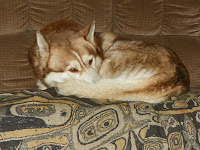 Brut and I took a morning nap together after tossing and turning most of the night.  He was my comforter and rock after learning the news of from the Chronicles of Woos of Thunder's passing.  His special walk will come today as will Silver's in honor of Thunder. 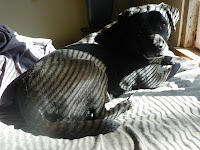 Our hearts go out to the Momster and the crew of the OP Pack.  We are so saddened by how sudden Thunder's passing came.  We are dedicated each of our walks to this awesome boy.  May Thunder run free forever. 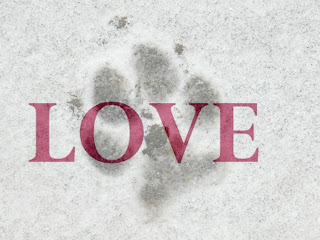 Posted by 24 Paws of Love at July 03, 2013
Email ThisBlogThis!Share to TwitterShare to FacebookShare to Pinterest
Labels: dedication, dog walks