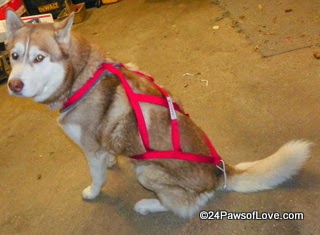 As with any sport there are some bad apples in the group who twist the meaning of the sport with fierce competition.  And dog sledding is no exception.

We have seen both side of this just being on the edge of the mushing world.  One example in particular sticks out the most, when we went to buy Brut his first harness at five months old.

We traveled for about an hour until we finally found the feed store on the outskirts of a small village.  Being in such a rural area made the shop difficult to find and we were still a little uncertain we had the right place.  Brut and Silver were excited with the stop ready to get out and explore.

When we walked in we noticed the man behind the counter.  Average build, beard, mustache, late 40's and a sterness that held him above us.  Yes, it was that obvious.  We were newbies to the sport and he was a competing expert.

He confirm we had the right place.  We then went to bring Silver and Brut inside to get fitted for their harnesses.  Hubby and I were both excited.  Even though they were used, we didn't care.  We couldn't wait to see if they fit.

With a young Brut sitting in the middle of a strange place, with a stranger, he was a bit scared.  Since neither of us knew how to put the harnesses on the dogs, Mr. Expert was about to show us how.

He walked up to Brut and started to put the neck hole over Brut's head.  Brut backed up and tried to stop him by grabbing his hand.  Mr. Expert was not amused and immediately backed off mumbling somethinglike he'd never let that happen.  Mr. Expert shook his head as it was obvious he was used to being in control of his dogs and never let one of them talk back to him.  What Brut did was unacceptable.

I don't remember the details after that, but both Brut and Silver somehow got their harnesses on and they fit great.

We talked for a minute with Mr. Expert about a race he'd just run that he didn't do so good at with the demeaning tone that it was surely the dogs fault.  He bragged for a while about his dogs with the undertone of the machines that they were instead the loving beings they were or that they had anymore use than that of a sled dog.

We talked about just sledding for fun and recreation, which his body language shouted loudly that that was unheard of, sled dogs were meant for racing.  And that's all they were meant to be.  Not creatures of passion or their own thoughts.

Maybe that is what makes it in the competitive world of dog sledding and if so, I want less of it than I did before.  I think it is sad that to some that is all a dog will ever be to them.  They and the dogs are missing out on so much more.  For when we sled it is all about the dogs and their fun and the day they lose the love for it is the day we stop.  It's just that simple.  It isn't about us getting a ride, it's about learning something together and working as a team, but mostly it's about having fun. 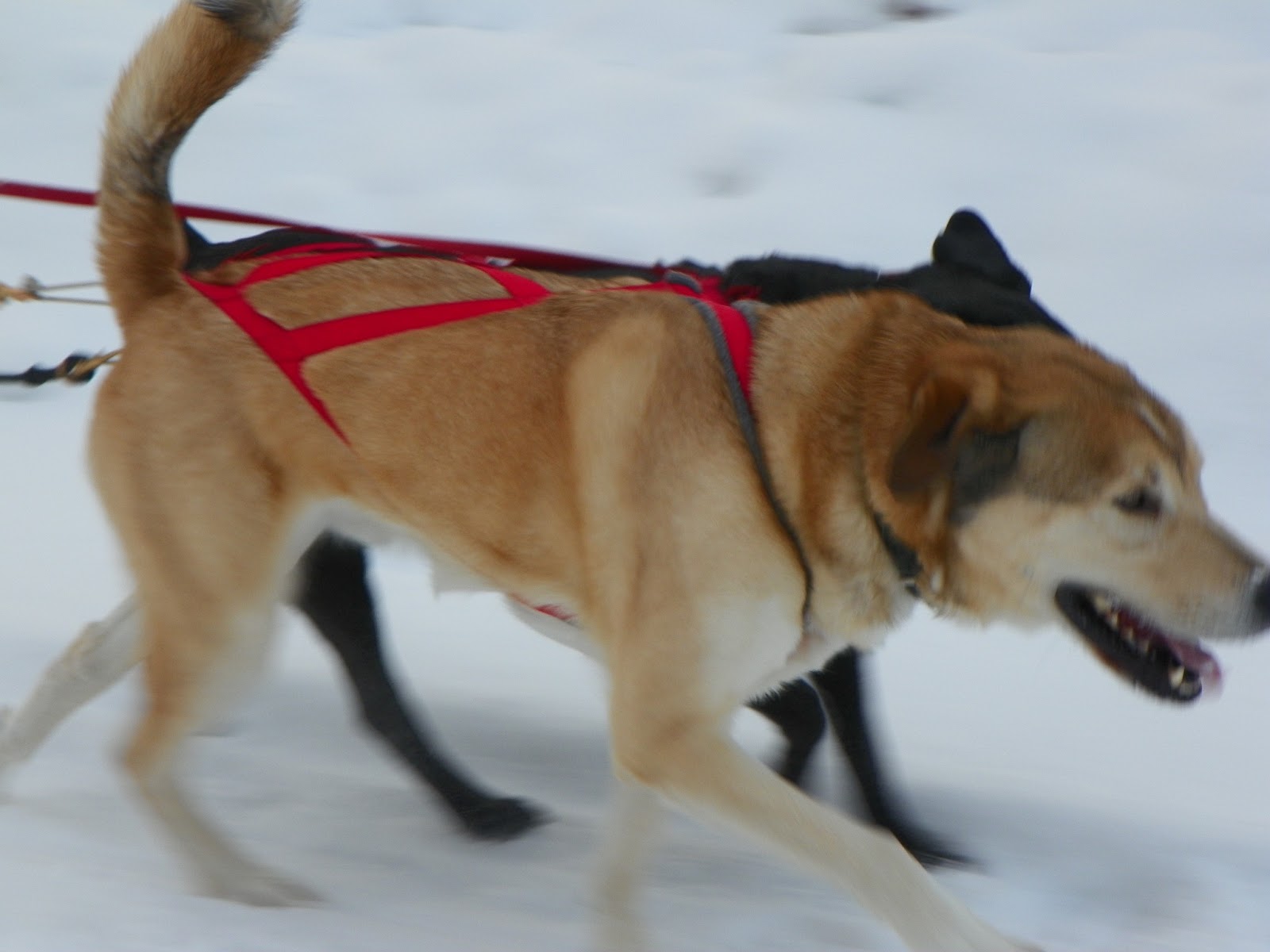 Look at those smiles!  ☺


Wonder when is the last time Mr. Expert had fun on a sled ride with his dogs?

Same in the horse world. I was really into barrel racing from 1992-2002. I think there became too many people that were way too competitive and it wasn't fun anymore. Someday, if I have the opportunity to take Sugar to a few shows, I think it would be fun. But I know that I don't want to compete regularly again.

It's very true that animals are sometimes kept for strictly one purpose and their owners can't see them as anything else. Cat = mouse catcher, dog = guard, chicken = food. It's very sad, especially for the animals who certainly don't get much real affection from them.

It is not just dogs or horses, agility or racing. We humans, at least in America, seem to totally lose perspective when we engage in competition and it is entirely driven by the need to crush everyone else at all costs. We have all seen the child crying as he is screamed at for missing the ball or playing the wrong note. And you are right the cooperation of working together as a team and sharing something enjoyable far outweighs any trophy. But we might not be the norm. I shard an idea with a friend who has a 4yo to have kids collect eggs that matched the color of their baskets so everyone of all sizes and ages has the fun of finding eggs. Another parent replied, "NOT in my house! I tell my son to Suck It Up! Get out there and get everyone you can grab. Life doesn't always fill your basket with eggs."

Siku, that sounds horrible! (egg hunt)
I totally agree with you on the American "spirit" It hurts so many in the process. It is such a sad state to live in and sucks the life right out of you. I'd rather be part of the un-normal if that is what the norm is.