and then there is Fiona... 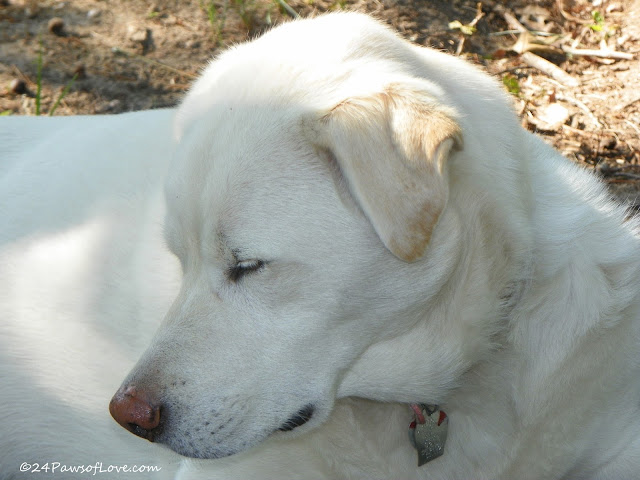 If I had any thoughts that Brut's leadership wouldn't live on, I was very, very wrong.  ☺

It should have come as no surprise to me that Fiona would naturally slip into Brut's position.  She is a natural born leader who thrives on keeping order and the hierarchy.

Fiona was the only dog who submitted to Brut, getting low to the ground, even rolling over on her back, but would take his place when he wasn't around.  Now that dominance is coming to the surface when there are treats out.  In fact, I got rid of the treat jar that was next to my chair, because Fiona would start to snarl and scare Zappa and Silver away.  Another Brut Jr. in the making.

To be honest I haven't gotten over the shock of Fiona taking Brut's place and claiming her own.  She could sometimes get a little snarky when treats came out, but now it is every time.  She is ready to lunge if needed to get what she wants.  Oh what happened to my little girl?  In a way it is very disappointing, hurtful and I really wasn't expecting it. It was a very gradual thing, even though she's been acting like this any time Brut was away.  I'm having a hard time accepting it, in fact I haven't, which makes things even more difficult, because I keep getting 'surprised' each time her wrath surfaces. I don't want to deal with it.  Eight years of Brut was enough! 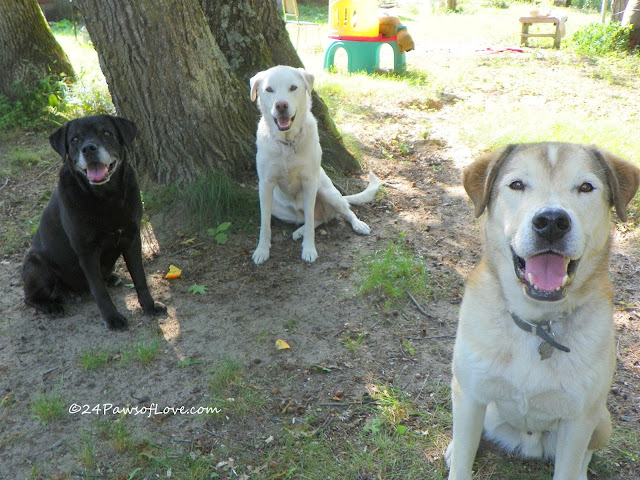 Somebody gotta keep these guys in check!

Another problem is Brut's aggression/possessive resource guarding was going on when we got him, so we were able to work with him early to curb some of it.  Fiona listens to me, but I'm still struggling with how to handle it because I don't want to go through this again.  I know, I know, they are Brut's kids and I should expect it, but honestly it caught me off guard.

Thank goodness it mostly with food and only certain circumstances, like training time, so that is a good thing.

So now it seems we have two Queens, Silver and Fiona. and the 24 Paws go marching on.
Posted by 24 Paws of Love at March 29, 2016
Email ThisBlogThis!Share to TwitterShare to FacebookShare to Pinterest
Labels: aggressive dogs, dog behavior, dog possessiveness, dominance, Fiona, pack leader

I love your blog.

Always enjoy reading your posts and input. Thank for another great read, love your blog. Keep up the posts!