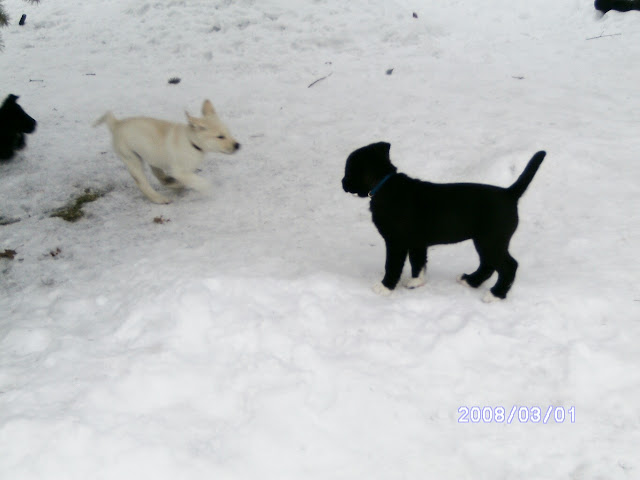 The puppies were born in January and we live in a Northern Climate that had a bitter cold winter that year.  The puppies could go outside at four weeks old, but due to the frigid temperatures, we weren't able to take them out until they were seven weeks old.

We had just gotten back from the vet's office for their first round of vaccinations and dewormers and had transported all ten of them in a large cardboard box.  We slid the box outside into a fenced in area made just for them where they had their first taste of pact frozen snow.


The puppies loved every minute of being outside. 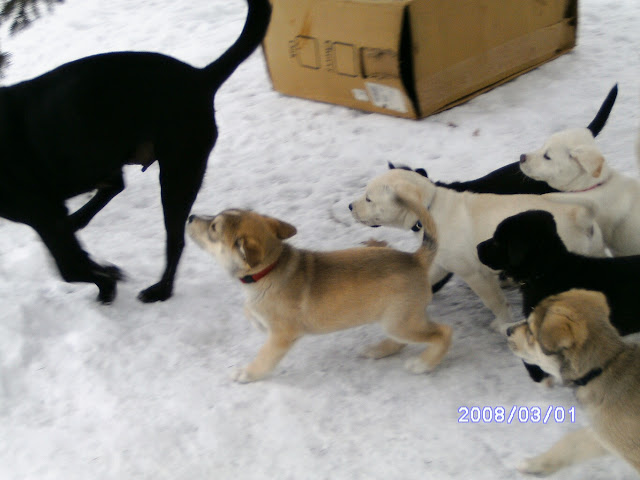 Like chasing Mommy Silver and trying to grab a teat. 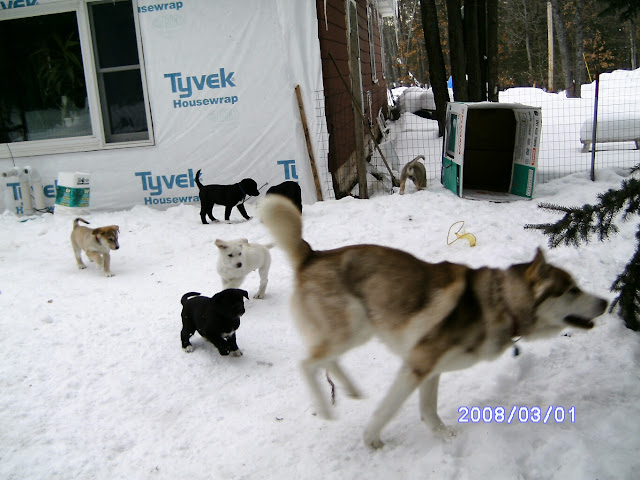 Chasing Daddy until he rolled over. 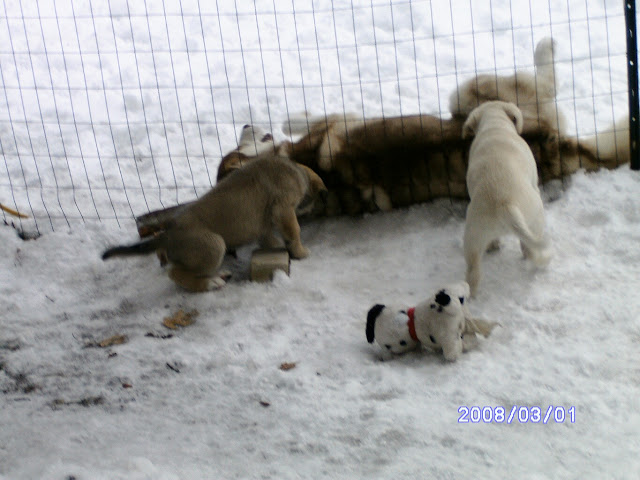 even on the opposite side of the fence. 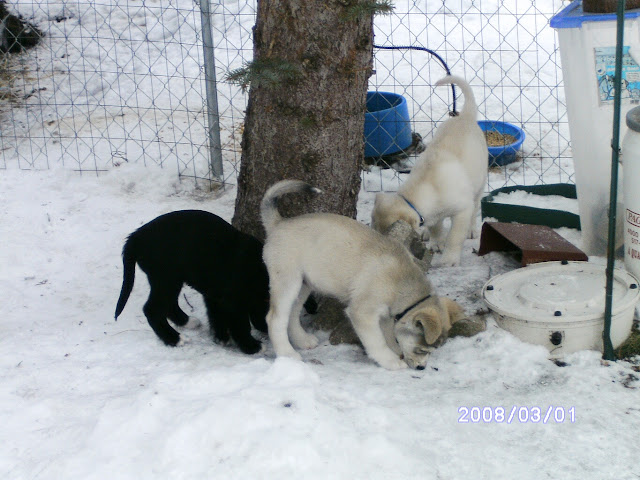 Digging out the leftover birdseed frozen in the ground.

After about ten or fifteen minutes they started to get cold and it was time to go back in the box and head inside. 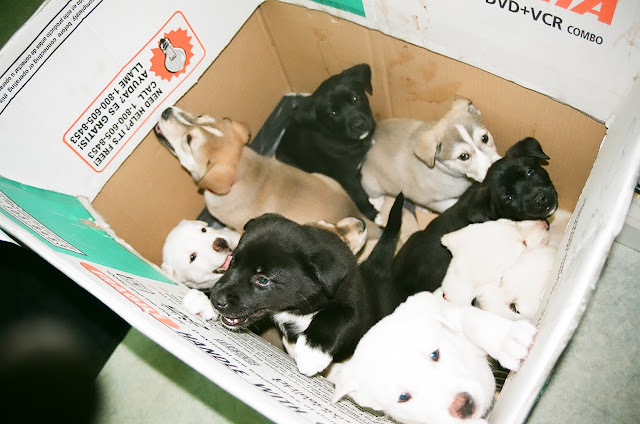 
﻿
Posted by 24 Paws of Love at September 27, 2010
Email ThisBlogThis!Share to TwitterShare to FacebookShare to Pinterest
Labels: cold, puppies, snow, vaccinations

But it makes for such cute picture!

Puppies - what a great way to greet the start of a week. Bet that box helped keep them very warm.

WOW! The box of puppy love is so cute!

Gotta Love Puppies even if they are alot of work! Very Cute pictures.

Awww there is nothing better than puppies and snow!

Pup Fan to get your own box of puppies, you need a mommy dog and a daddy dog then you can have all that you want!!

Yes the box of puppies was cute but man did it get HEAVY!!

Puppies are so sweet and innocent. How can you not love them.