We got our Blaze back! 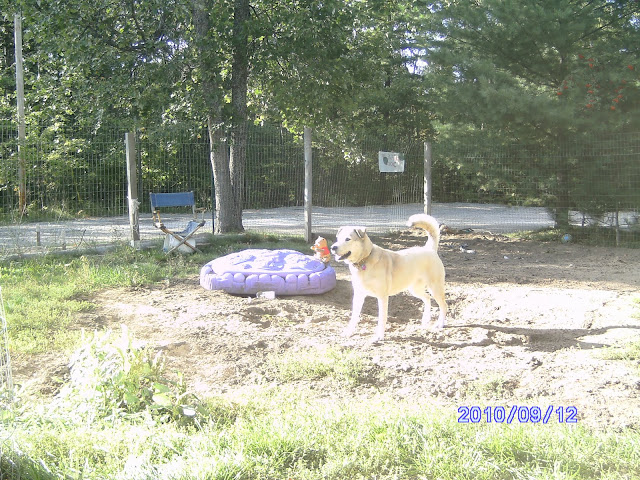 Look at this happy girl!  I had to capture some great playtime with her and Chance.  She's been in quite a funk since her last heat, depressed, moody and clingy.  She wouldn't even go outdoors half the time.  This is normal behavior for some dogs, to go through a "mourning period" if they don't get pregnant.  Also called a false pregnancy.  Mommy Silver went through them also and it is claimed to be genetic.  Some claim that it is a natural state every female that has a heat goes through.  Some dogs may show mild symptoms, like Blaze, while other dogs may be more severe with teats swelling up and producing milk.  Hoarding toys to replace "puppies" during a false pregnancy is also not uncommon.
A false pregnancy usually last about as long as a dog's gestation period, about two months.

So we were thrilled when Blaze started to perking up at about six weeks.  Not to mention Chance was one happy camper to have his best friend back! 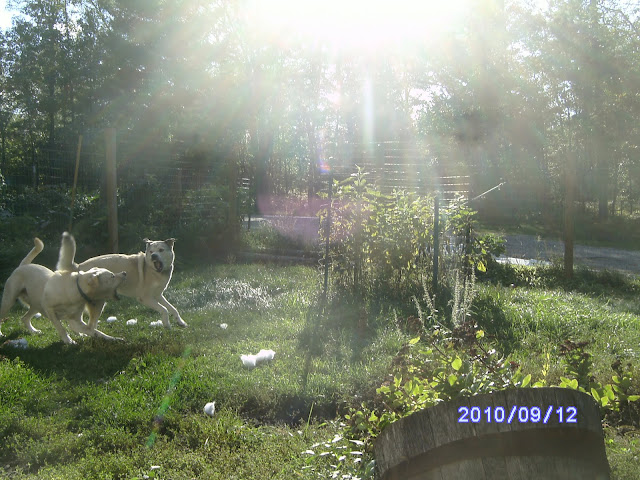 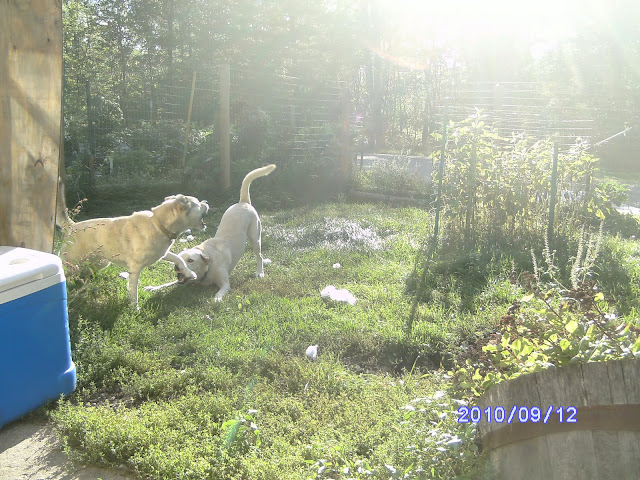 Posted by 24 Paws of Love at September 17, 2010
Email ThisBlogThis!Share to TwitterShare to FacebookShare to Pinterest
Labels: Blaze, dogs, false pregnancy

Maybe she is also happy because it is FRIDAY! I know I am!

Funny how they can all be so different. Glad to see Blaze is back. When Ciara was spayed, she seemed to act like she was in mourning - she was always carrying a stuffie around and wooing to it.

Happy to hear that Blaze is feeling better.
She looks great in the pictures:)

So glad that Blaze is happy again! Love the pictures with the light there!!!

It's always better when your pups are acting like they should. Hooray.

Thanks for telling us why female dogs don't act like themselves when they go through their heat cycle. In all honesty, I've never thought of their mood swings to be in perfect union with the way a woman feels when she's had a false pregnancy but it makes complete sense to me now. I am glad Blaze is back to being "herself" again!

yay glad to hear blaze is back.

Was a beautiful page. Thanks to the designers and managers.