It was a wonderful sunny day, blue skies, 44F (6.6C) degrees, the last bits of snow and ice were turning soft on the road.  It was a perfect day for a bike ride powered by Zappa. 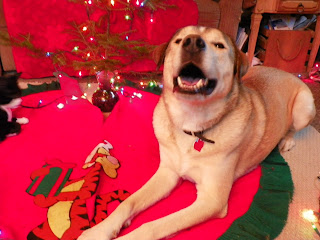 Zappa has become my dog puller for this year.  Unbeknownst to me, he was more than willing to pull.  He took off like a rocket and climbed the slight incline with a little assistance from me.  His gait was relaxed and happy, enjoying the freedom to run, no concerns about towing me.  I was stunned when he continued through the intersection and carried on down the road.  No qualms, no questions, his confidence was shining through.  Even after having to a stop a couple of times and turning around, he followed through with that Husky drive he has been lacking in previous runs.  Zappa for the first time was taking the initiative.  He was shining with the desire and heart of a sled dog who wanted to pull and was extracting the sheer joy of doing what he was born to love.  It was amazing.

Zappa is a natural puller but not a lead dog by nature. His lack of confidence before would find him confused and scared after the first burst of speed not knowing what to do next.  As the two packs have settled this past year, I have been able to focus more time and attention to Zappa and our bonding experiences have begun to boost his self esteem, yet I had no idea how much until he was so anxiously excited about taking the bike out.  Little did I know the impact our time together made on this shy, timid dog who was so poised in front of me and giving me the ride of a lifetime!

I started sledding with Zappa when he was about a year old.  He would only run any distance if he ran with another dog, otherwise he had to be coaxed.  So when Zappa made his stand and took the lead today, I witnessed this beautiful boy shine in his own glory, while I rode along and let him take it!
Posted by 24 Paws of Love at December 27, 2011
Email ThisBlogThis!Share to TwitterShare to FacebookShare to Pinterest
Labels: dog sled, pull

What a great moment and memory. This just makes me smile to read this.

Such a sweet memory. :) I hope you had a fantastic Christmas - I loved all of the holiday portraits!

It's a beautiful thing to see our dogs grow their confidence and do what they need to do. I bet Zappa is a wonderful companion.

Hope you get snow soon so you can actually sled.

wow., great! Your post makes me smile while reading it.


Dog Fence
Pet Solutions
Its All About Bichon

It sounds like he's still blossoming into an awesome dog! :) It's more proof that we're all works of art still in progress!