It had to be his decision 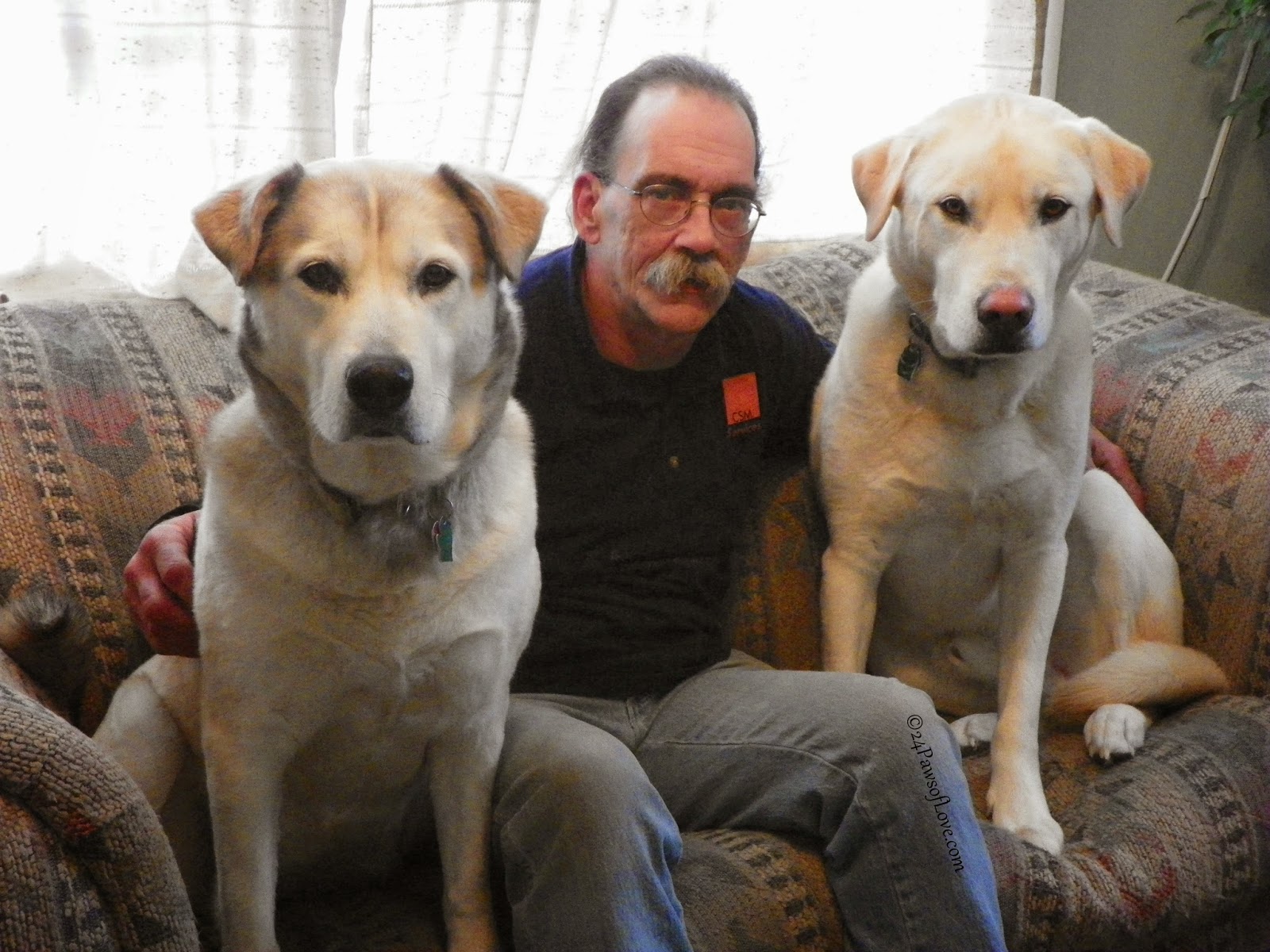 After six years of hoping, praying, wavering, worrying, and fearing for Blaze to have puppies, I can proudly say that she is spayed.  In the last two years, I'd been favoring her to be fixed but I was waiting on hubby's decision.  After all it was really Mark's idea and he wanted it dearly because he missed out so much on Brut and Silver's litter.  He wanted to carry on the line and he has just fallen in love with our dogs so much, he was almost beside himself when Blaze came home from her abusive life and was still intact.  He is OK with the spaying, but is deeply sadden to have to make this decision.  He wanted it so badly.


It was his time on Facebook with all his new friends and the many pictures of abandoned and abused dog that tug on his heartstrings.  We had planned on keeping all of Blaze's litter if she were to have one, still there were so many dogs out there needing homes and help and if we were to help we couldn't do both.  Blaze's age was a factor as the vet said we shouldn't breed her after seven years old and timing was never right to be able to support a litter of pups and the 24 Paws of Love.  We just haven't been in a position to make the changes we would need.  So when we had a scare that Blaze might have a mammary tumor (which only turned out to be her gland full of milk from a false pregnancy that happened after her heat) there in the vet's office with all the staff there, he decided and announced that he wanted to get her spayed.  I was shocked and relieved.  He never said anything to me, but most important he wanted to prevent this kind of scare again. 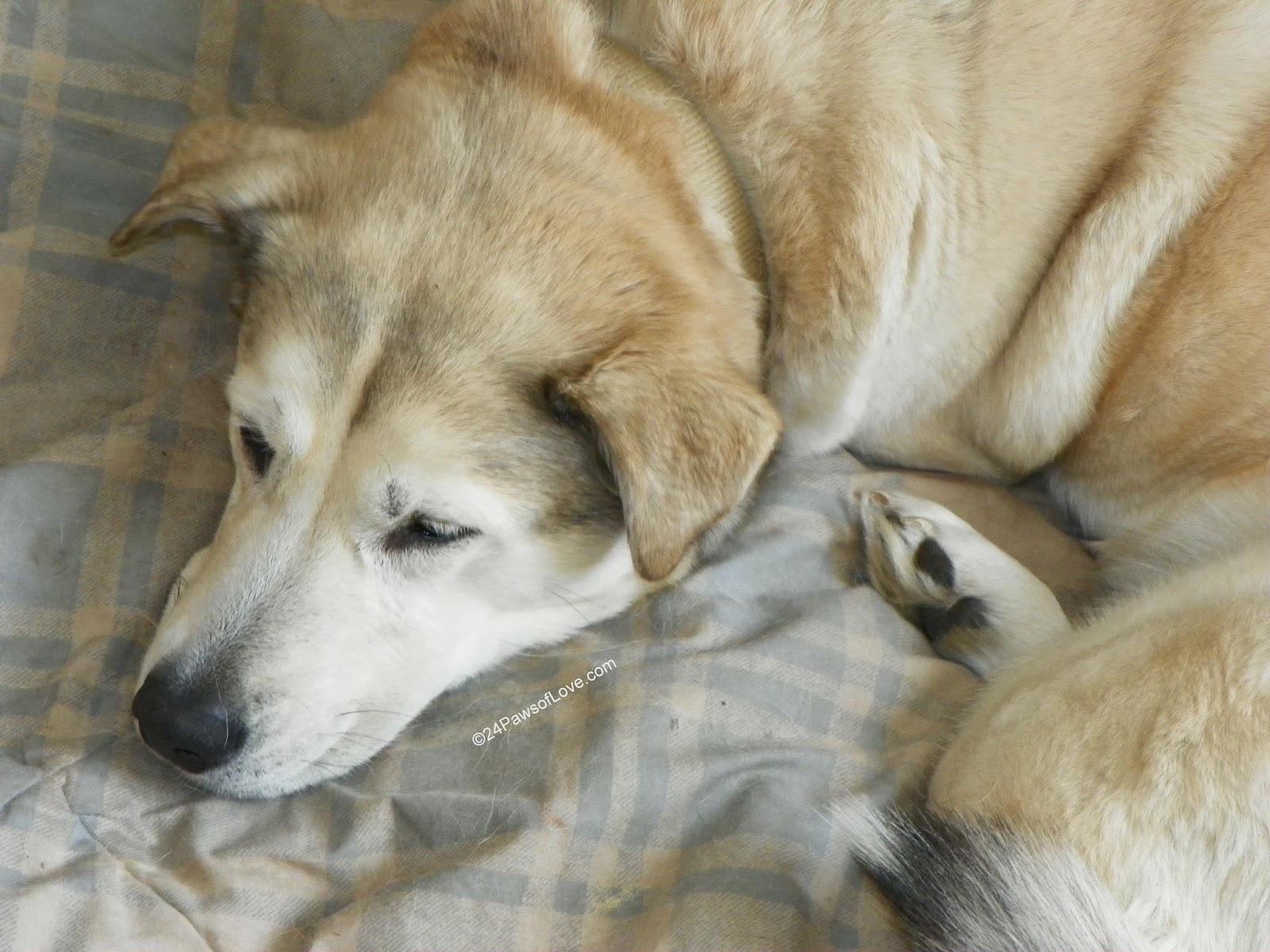 When we got home from the vet's office Mark immediately called the Humane Society in our county to get a voucher that would help pay for the surgery.  Again I was stunned.  Then a few weeks later we took her in and it was all over.  The pain, the fear, the thoughts that had consumed my mind for six years-have puppies, don't have puppies-had finally ended.  I was emotional for those first few days, it was so final and like a loss, but Blaze was feeling better day by day and getting back to her old self. (a fear I'd had since getting Silver spayed that I will share in a later post)

I know Mark knows he made the right decision and has let a lot of it go.  Blaze was the last and only girl from our litter who could get pregnant which made the choice even more difficult.  He hasn't talked about it since Blaze came home from her surgery, but I know he is still sadden and hurt that Blaze can't have anymore puppies.  And especially that it is the end to the line of Brut and Silver.  And I think that what hurts him the most.  And I agree with him there.  We didn't plan on it ending here.  There will always be sadness about that.

*Quick update on Blaze* She gets her staples out on Thursday and then she can lose the cone!!
Posted by 24 Paws of Love at May 19, 2014
Email ThisBlogThis!Share to TwitterShare to FacebookShare to Pinterest
Labels: Blaze, female dog false pregnancy, females, heat, pregnant, prevention, puppies from our litter, spaying

Well....I guess it was meant to be then. Glad that the surgery is over and she is feeling better! There are SO many dogs out there who need homes! If it were up to me...we wouldn't just have two! Glad that the worry is over for you though!

That is sad but as you say the heath of our pets is what matters. Have a marvellous Monday.
Best wishes Molly

It's a hard decision to make. Proud of you all!

I'm sure you all have lots of mixed feelings about spaying Blaze, but good for you for making the decision. I hope her recovery goes well.

Sounds like the right decision at the right time.

All my pups (and cats) are rescues, and all the organizations I've adopted from will only adopt out an animal who has been spayed or neutered.

There are times when I've lived with and loved a dog (or cat) and can't help but think how awesome it would be to carry on the line, to have a mini-whomever just like mom or dad.

But you can't guarantee that. And there are so many animals out there who need homes, I know it's better for me to adopt someone who needs me.

And it's always been the best thing.

--Wags (and purrs) from Life with Dogs and Cats

Such a decision is not easy. We are glad that your precious girl is all healed and recovery went smoothly. You are so right about pups in need in the world but still I know there is pain at the unfilled end of your dream. Know that we understand and are so proud that you took the time and cared enough to sort through this complex issue and take a personal stand.