How was your first in-store experience? 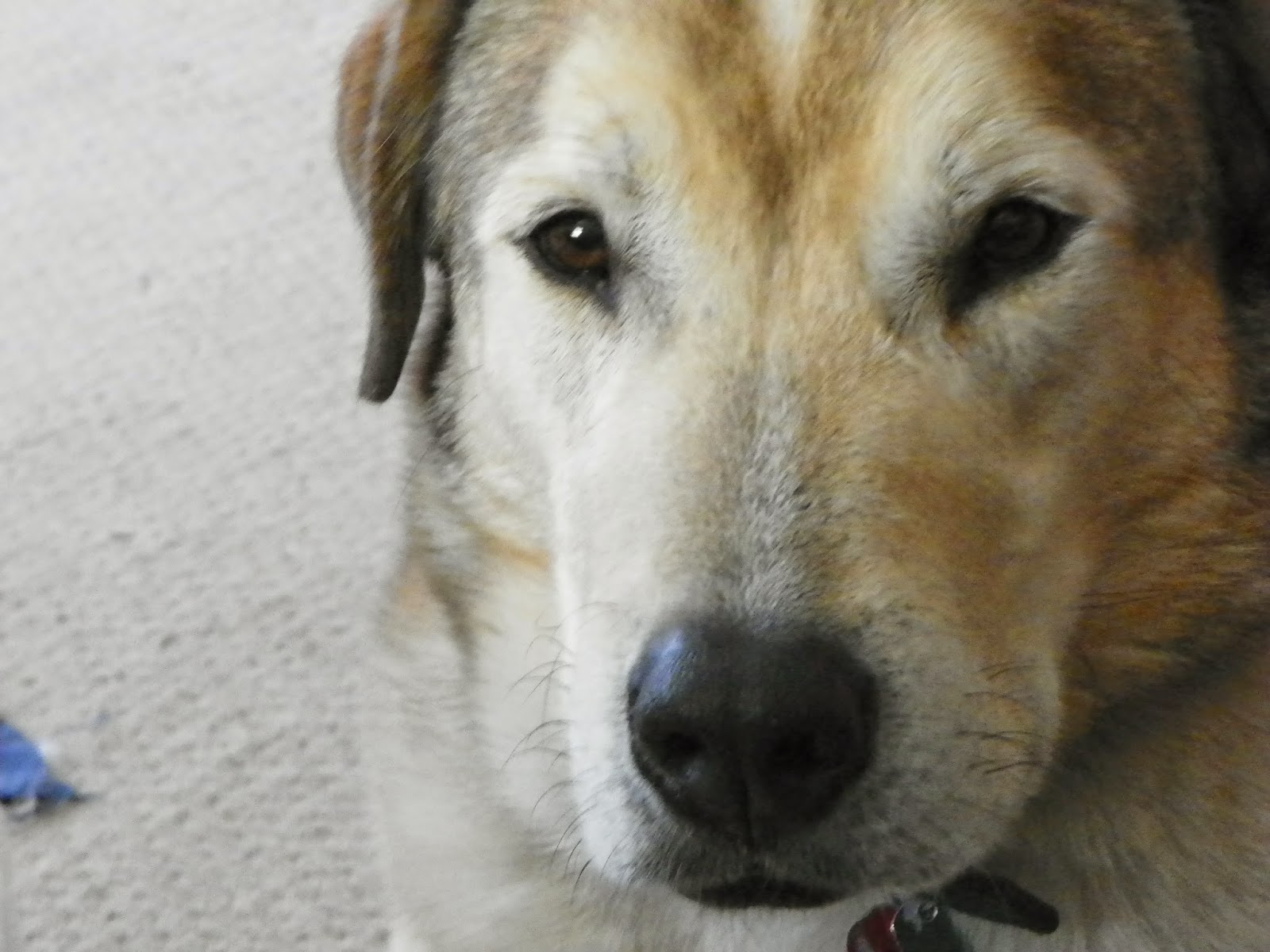 I needed some paint brushes for a project I was working on and brought Zappa along to go with me.  Sitting in the car at Lowe's Home Improvement Center, I was hesitant about taking him in.  Not because of Zappa, but because I'm an introvert who isn't comfortable in public and this was stepping way out of my comfort zone!  Zappa and I have a good bond, but he is my husband's heart dog, so we don't have that deep connection.  He's been in the local pet store before but that was about a year ago, so this would be a new experience for him as well.


After about 10 minutes and the temperature was rising, Zappa and I hopped out of the car, took a walk around for one last pee and walked through the store doors. We'd both come all this way for this one experience, I wasn't going to pass it up.

Immediately the whole experience became surreal.  There were only a few people around and no one seem to notice us or make any eye contact.  All was good so far.  We walked through the empty lumber yard just to get our bearings and I found myself smiling and relaxing.  So this is what it could be like to have a therapy dog with you all the time!

Zappa was also relaxing, his walk was comfortable and he seemed to be enjoying this new experience.  We passed a few people and Zappa stayed in tune with me.  We finally made our way to the paint section, where I asked for assistance in finding the paint brushes I needed. 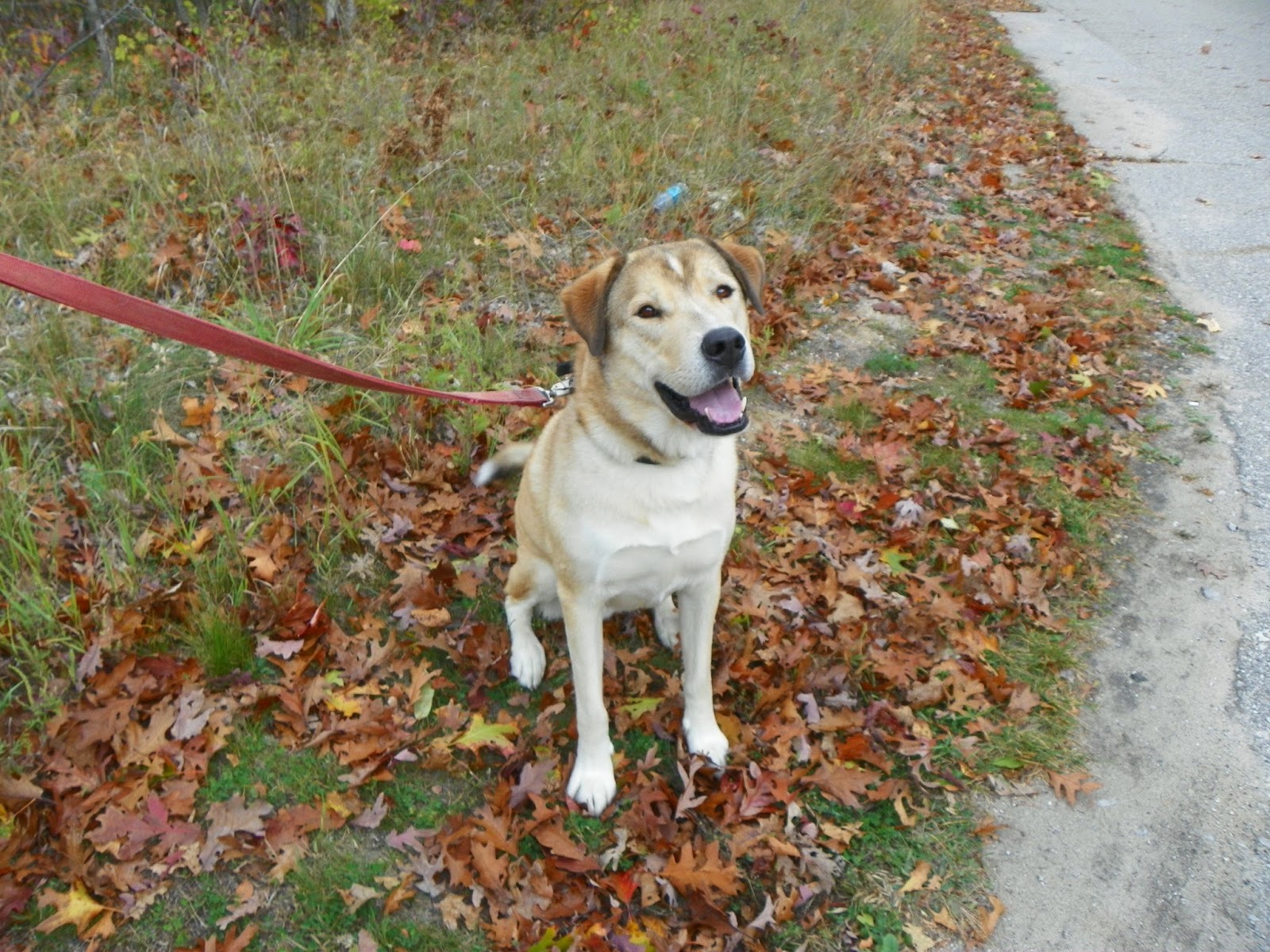 This is where it got a little uncomfortable for both Zappa and me.  Zappa is pretty antsy and does better on the move than sitting still.  I found it a bit difficult to concentrate on Zappa and the sales lady.  When we knelt down to look at brushes on the lower shelf, Zappa took that as an invitation to try and give the lady kisses!  I held him back though.  I forget what a social butterfly Zappa can be.  He thinks everyone loves him instantly.   The sales lady petted him a bit, I remarked it was his first time here.  She said he was doing well.

Mission accomplished! Brushes in hand, hightailing it to nearest cashier at the furthest end of the store, when an employee ask if he can pet Zappa.  I felt obligated.  So I said OK.  Zappa and I were both getting nervous.  I had reached my own personal threshold with this whole experience and I think Zappa had too.  After the man petted Zappa I couldn't get to the cashier fast enough.

Then the cashier asked to pet him.  I said sure, she was a bubbly lady, the female version to my husband and I needed the distraction and help to make this a positive experience for both of us.  My anxiety was on the rise.  Then the man behind me started petting Zappa.  The man couldn't believe how strong and muscular Zappa was.  And for some reason this man's observation calmed me a bit.  It gave me some kind of confirmation that I was doing the right thing.  That made me feel better and gave me a chance to ask the guy if he had a dog.  After that, I made a mad dash out the door!

I was so relieved to be out of there.  I'd forgotten that other dog lovers would be drawn to Zappa and want interaction.  It is not something I've encounter on our walks around the neighborhood.  I have also had an aggressive dog for so long, I am Brut programmed to not get to close with my dogs and that I to remain cautious and protective of them.

So all in all it was a good experience for Zappa and I together.  It was also a very strange one, like something out of the Twlight Zone.  Bol!  But something I would like to get comfortable with and try again.  Zappa is probably the only candidate for something of this nature and I think he would be good at it with enough practice.  And to shine for a minute in my own little spotlight, I think I would be good at it as well.  ☺
Posted by 24 Paws of Love at August 01, 2014
Email ThisBlogThis!Share to TwitterShare to FacebookShare to Pinterest

I'm so glad everything went well!!

Sounds like it was a great opportunity for both of you to spread your wings a bit...please be brave like that more often, it is such a great exercise. So proud of you both!

Anxiety is often our worst enemy. Sounds like you both did great. And Zappa brought some joy to the people you met at the store.