The puppies here are two weeks old, their eyes and ears are still closed and everything they know is by touch and smell.
As you can see, Motherhood agrees with Silver... 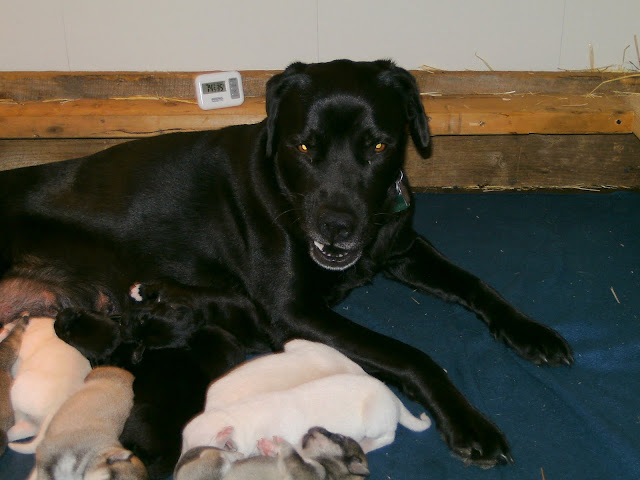 Here's a common feeding time.  See how they are pushing their little paws to get right up to the teat.  They made a suckling noise and oohs and ahhs while eating. 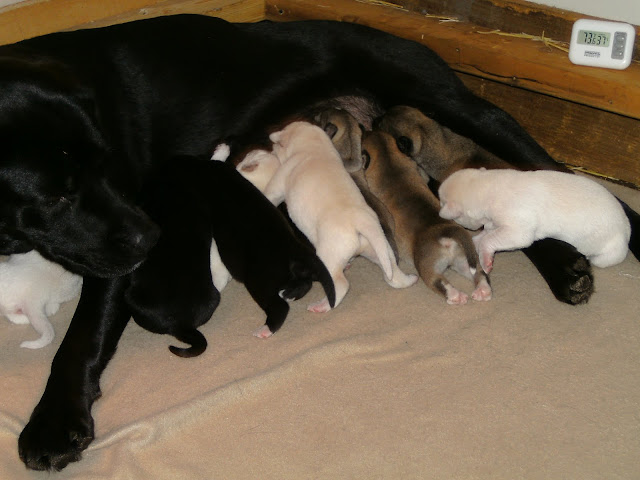 One, two, three, pump them legs!

Now here we have the diver.  See the white pup with his tail sticking up?  The puppies would take turns  climbing to the top of the heap and then "dive" into the pack trying to find a teat. 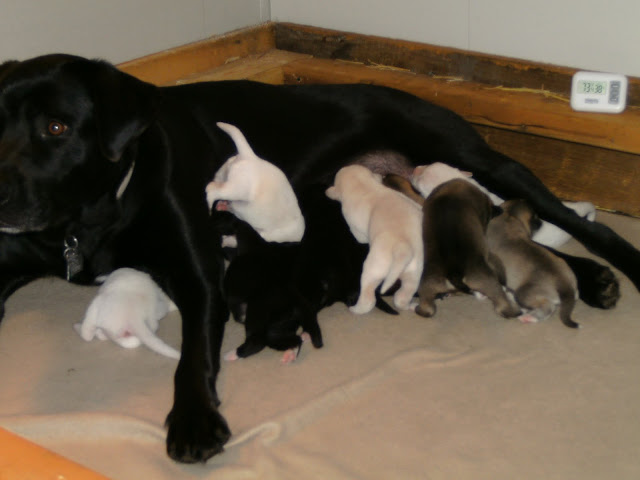 There are just a few left finishing up.  The white pups were the "pigs" of the bunch.  The started first and ended last.  Never missing a drop. 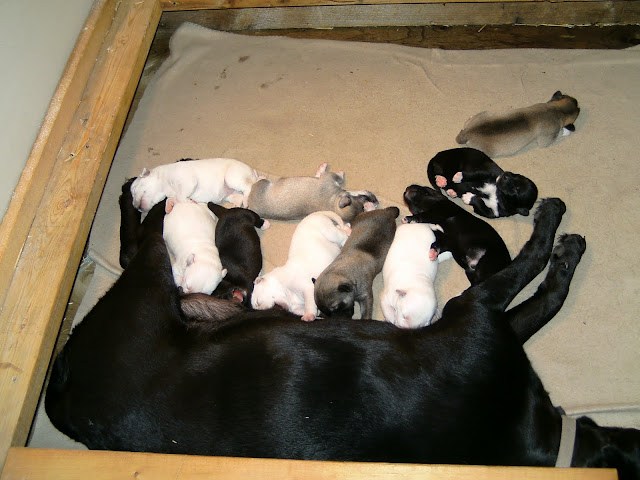 This is one of my favorites photos.  This is Zappa on the left, snuggled with his "twin" Blaze on the right.  You can see where Blaze gets her name.  Her blaze eventually faded, but it is still there.  The white on Zappa eventually splits in two so that he has a line on his forehead and a very faint one on his nose. 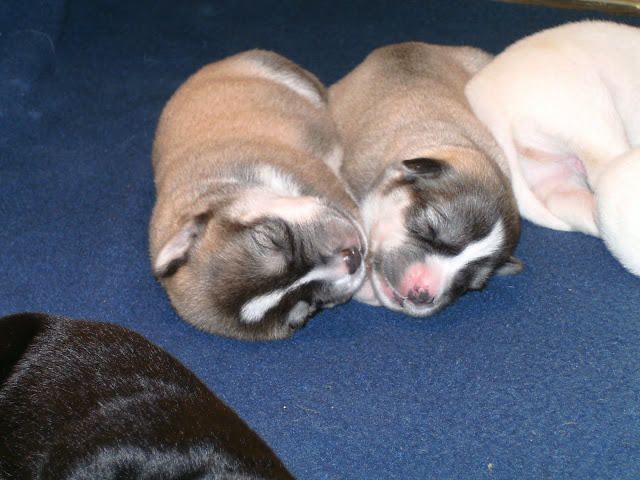 Posted by 24 Paws of Love at August 01, 2010
Email ThisBlogThis!Share to TwitterShare to FacebookShare to Pinterest
Labels: monday memories, puppies

They are still just as cute!

I can't think of a better way to start my Monday than with adorable puppy pics... what a sweet memory! :)

So beautiful to see them as new pups and now ;-) Adorable pics!
Kelly
angelpupscreations.blogspot.com

AWWW ON MY GOODNESS ALL THOSE PICTURES ARE ADORABLE!!!! I ALMOST PASSED OUT FROM CUTENESS OVERLOAD WHEN SAW THE SNUGGLE PUPPIES PIC OF ZAPPA AND BLAZE!! SOOOOO PRECIOUS!! THANK YOU SO MUCH SHARING ALL THESE!!!! ~Big Hugs~ Lauren