My experience with Paul Owens DVD, the original "Dog Whisperer" 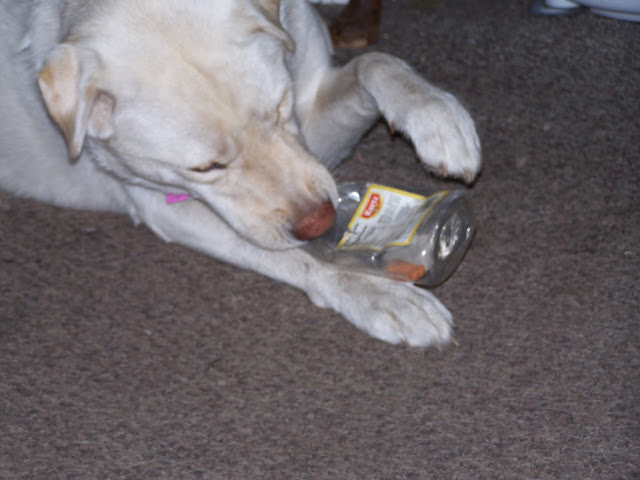 Fiona playing the "Find It" game


I never realized before what a perfectionist I am.  Not about housecleaning or having the perfect lawn, but more about behavior and getting things done right the first time.  I grew up in a world where nothing could ever be wrong, there was no room for mistakes.

This mentally has spilled over into working with my dogs. I grew up with the preconceived notion they were suppose to learn everything the first 6 months of their lives and training was done.   When I was working with the dogs and I couldn't get them to understand something the first couple of times, I blamed myself for them not getting it right. I would lose patience and would be frustrated, disappointed and angry with myself and would walk away. As I've painfully tried to undo the damage that was done to me, I began to understand that nothing happens overnight.

Then I found Paul Owens "The Dog Whispherer." when I was struggling with Brut's dominance/aggression issues.  I had already discovered "clicker training" and that was working wonders.  Paul Owen's approach was phenomenal to me.  At the end of every lesson he has three tips.  This one hit home for me and my dogs:

I was always pushing myself so hard to get it right and get it right NOW.  I used to literally bawl through his video.  His methods were based on kindness, compassion and respect which I believed in.  He didn't believe in any kind of pinch, choke or shock collars and neither did I.  The lessons were simple and he believed in short sessions, 30 seconds, 1 minute or 2.  He taught how to teach a behavior in small steps that made it manageable and easy for me and my dogs.  He broke the process down so that it was understandable.

I took Paul Owens' words to heart, probably more for myself than for the dogs.  Still when I hear his kind gentle voice play, it is always a reminder to slow down, step back, breath and start again.

I still use these basic steps and principals when trying to teach anything new to my dogs.  When we had the puppies I was better prepared for handling all 10 of them.  The most import and thing I have learned in the last few years is patience and that we are in this for the long haul.  I certainly haven't learned all of my life lessons in a couple of days, that's why they are called life lessons and I can't expect the dogs to either.

It has been such a rewarding experience being taught such a simple lesson that can carry into every part of my life.  I have been so blessed with the patience and understanding all my dogs have had for me, it is nice to give back what they have given to me.

Thanks for sharing this. It was like I was reading about myself today. :) I think it's time for me to pull out the clicker again...

Boy that is so true, patience is the key!
Great post!

I am your newest follower.
What a great blog!
adamsadventures-ourlifeunedited.blogspot

Patience is the key to other thing! We hope you guys are having a great week. Any time you guys what to come swimming with us come on over!