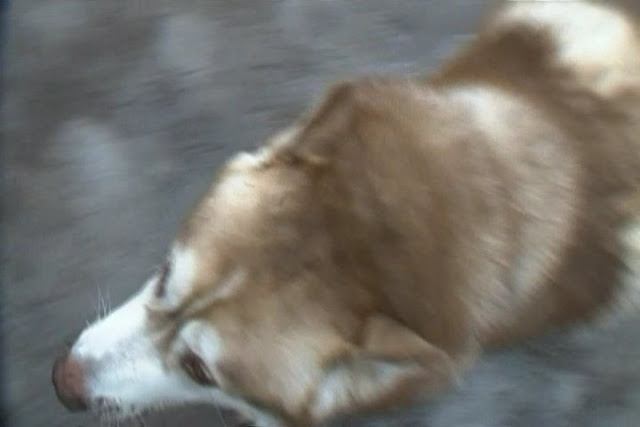 I don't know how to explain my unique relationship with Brut. It is complex and connected. He teaches me what no human can in my personal struggles. He is my manic dog.  It has been stated that aggressive dogs are like being bipolar.

I understand the haywire electrical currents that shock through his system and wreck havoc on those around him. The hyper insanity, the loss of control, and the misunderstanding. Yet as Brut looks to me, it is really I am the one who learns from him. In a space that is inter-dimensional, spirit to spirit. Today all it took was stopping Brut from beginning a fight he was instigating. When he is in that zone, saying "NO" means nothing. I had already said it three times. He was in target lock mode. It was then I realized, he wasn't going to stop. I used the alpha rollover, he submitted and walked away, without any intention of trying again. (My biggest fear at the time) I was stunned. It had worked. Interceding at that point and preventing the attack was one of the best moves I have ever made. I was calm. I was swift and most of all it was successful. More successful than I could have realized at the time.  It was the first time that I actually had time to respond before a fight happened.  In those seconds something in me clicked and I took action.

We connected a little later after the incident. Brut was calm, his eyes were full. I was in tears over how proud I was of him. I almost can't explain the lesson he taught me tonight. It is something along the lines of never giving up. Don't ever quit trying. When I think something can't be done or is too overwhelming to handle, I find the next key to his recovery. I am still blown away by the fact he didn't try to attack Zappa again. I just can't believe what a miracle that in itself was. I corrected in him in a language Brut understood. Each level taking us deeper into our meaning together. Just when I think the connection had been lost, we find each other again. Spirit to spirit. Heart to heart. Understanding outside of lines, that we were meant for each other.
Posted by 24 Paws of Love at March 30, 2011
Email ThisBlogThis!Share to TwitterShare to FacebookShare to Pinterest
Labels: aggression, bipolar, connection, correction, fights

Im glad you were able to prevent the attack. Hell Fred would have attacked me if I tried to alpha roll him when he was in that mood. Im glad you have a great connect with Brut. keep up the good work!

It is so wonderful that you are able to connect with Brut in that way.
Good for you to step up and take control, I have been in that situation before and it is not easy to stay clam and assertive. You should be very proud.

It's not easy getting control of a situation like that! I'm glad it worked out well for you both! :)

What an amazing moment you two shared. True communication! You should be proud of you BOTH! A miracle is just a series of small steps/successes that one day you realize have become a united wonderful being!

You really are so inspiring... great story.