With a house full of dogs, cats and plants, I have always taken extra precautions.  I have never had any issues with the animals and my plants.  For some reason they have always left them alone.  I have always checked which, if any of my plants were toxic and kept them out of harm’s way or just gotten rid of them.  Sharing this night of horror is one of the hardest things for me to admit because it was my neglect and anger that made this fearful event worse than it already was.

I had a plant called a Sago Palm.  It was my third time cutting this ancient plant plant back at the base to restart it .  It is a fern like plant with plastic-like fronds that grows very slowly, maybe a frond or two a year.  After three years I had about 5-6 fronds on it and was thrilled.

Enter Blaze.  I cleared all of my plants except for the Sago Palm, so Blaze could use the same ledge as the plant to help with her separation anxiety.  My plant was so happy in this spot, I never saw it on any of the toxic plant list for dogs and for unknown reason I left it there.  I had no idea that Blaze had been nibbling on the plant, but she had knocked it over more than once.  FIRST CLUE.  Why I did not move that plant, when I had been so careful with all of my others, was way beyond me.  I still doesn't make any sense to me to this day.

Well, one night Blaze had chewed an entire frond off and I had just had it with everything.  Chance and Blaze's return had been so difficult, not only their trauma, but trying to make a divided household work and all of the uproar it caused to everyone, that in my hurt, frustration and exhaustion I threw they plant outside.

In Chance and Blaze's yard.

"Now you can have it!!"  Words and actions that I could never take back.

A couple hours later.  The nightmare started.  Both dogs were vomiting while it came out their rears.  Over and over again.  I called the vet.  She had never heard of the plant.  I looked online and there it was under toxic plants:  Sago Palm.  Vomiting, melena, icterus, increased thirst, hemorrhagic gastroenteritis, bruising, coagulopathy, liver damage, liver failure, death.

My heart sunk and terror of what I had incurred has haunted me to this day.  It was the most horrific night of my life.  I searched the snow covered yard for any signs left of the plant.  It was gone.  They had ingested all of it.  We knew that fact that they were working it out of their system so quickly after eating it was a good sign, but it didn't stop the fear that something more life threatening could happen.  All night of cleaning up vomit and diarrhea and being so terribly frightened that the worst was going to happen because of something stupid I'd done.  Neither my actions or lack of them with this plant made any sense and now my two babies lives were in jeopardy.

After a couple of hours of non stop action, the retching began to slow and eventually all the sickness came to halt.  Weak and exhausted Chance and Blaze finally were able to lay down and rest, with only some intermittent vomiting.  They were quiet the next day, but were doing OK.  Later in their day they began to bounce back to themselves.  They had made it.

It was the scariest night of my life. And I still have the hardest time forgiving myself for causing it all to happen.  I still don't know why I never moved the plant, whether it was poisonous or not.  I don't know what caused me to just leave it there in easy reach, or what made me think Blaze wouldn't chew on it at all.  Why I had taken great precautions with all of my other plants, yet left this one right in front of her face?  And what, just what had ever prompted me to throw in out in the yard for them to devour.  You can not believe how many times, I have wanted to write this and couldn't bear facing the world with something that could have been avoided and catastrophic because of something I had done. The results could have been fatal.   We have had some close calls in our lifetime with our dogs but this was by far the closest and most serious. 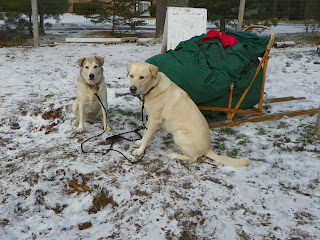 Grateful, doesn't even begin to describe...
You can look on ASPCA -Animal Poison Control Center where they have a list of toxic and non-toxic houseplants and outdoor plants for more information.

If you see signs or symptoms of your animal that your pet may have ingested a plant or any other poison, please, do not wait, call your local vet for help.  Time is of the essence.
Posted by 24 Paws of Love at January 08, 2012
Email ThisBlogThis!Share to TwitterShare to FacebookShare to Pinterest
Labels: dogs, plants, toxic

That must have been awfully scary. We're glad they both made it ok.

My heart goes out to you. I would have reacted the very same way that you did. So glad for everybody that it turned out well.

I'm glad everything turn out well.

Now that's a hair raising experience..!
Glad all turned out well at the end!!
Mom would have fainted!

Oh my goodness. I sure am glad that Blaze is okay.

It's hard trying to keep up with all of the plants that are toxic to pets. There's a lot of them that are. I'm glad you did write this post because it's always good to remind us to be careful with houseplants and plants outside the house.

Oh dear thats awful! We are all so glad poor Blaze is ok :(
Must have been a shock for you!

Now that is scary! I have been there before with toxic plants and Leroy. There are so many plants out there that are toxic to animals and people are not aware! I had no idea that one of the common bushes in backyard was toxic until I googled it after Leroy ate part of it! It is scary!

Please forgive yourself. Chase and Blaze long ago did. The horror and uncertainty and guilt I know were awful to endure. Through sharing this nightmare and the Sago Palm's toxicity, you have done a great service and saved lives (a smaller or older pup might not have made it). You have given both of your furbabies so many opportunities for life...remember that.

Do not blame yourself...dogs chew, it's what they do.

Glad for the happy ending.

So glad that they are okay. All dog owners make mistakes. My mom is too hard on herself too! It's all okay now. Ruff!

I can imagine how scary that was! Our Abby will eat ANYTHING, and has been the vet a few times because of it! So glad everything worked out okay!

That must have been awfully scary. Do not blame yourself...dogs chew, it's what they do.