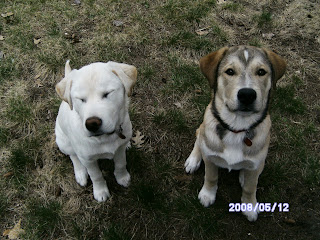 Zappa and Fiona at 4 months old
Some extra quality time with Zappa and Fiona is always a treat.  Everything about them is extra special.  Zappa and Fiona are the two puppies we kept from the litter and have been here since day one.  They are the two 'good' kids.  They are great walkers, calm and quiet in the car,and they will tolerate other dogs.  They are well mannered, calm and secure.  They are a perfect example of Brut and Silver’s best qualities. They are both a little smarter and a little wiser than the generation before.  Not that they don’t each have their own set of quirks and behavior issues, but on an overall basis, they are the dogs with the even temperament and disposition.

When I set aside that special time for them, I am always so amazed.  They have taken everything that shines in their father and mother and created it to be theirs, in their own way, with their own personalities.  The biggest difference about Zappa and Fiona is something I’ve never witnessed in any dog I have ever met, being loved and kept from the time of conception and birth.  There is an inner calmness and security that centers from within them.  It is like nothing I have ever seen before.  There entire lives were based on love.  A love that is more than just absence from abuse and/or neglect, but a wholeness and oneness of themselves that radiates from their being.  I dare say it is phenomenal.  And that I really can’t explain it.  In a world of pain, hurt, and suffering of so many humans and animals, Zappa and Fiona show you that there is such a thing as true love.  Almost like touching heaven. 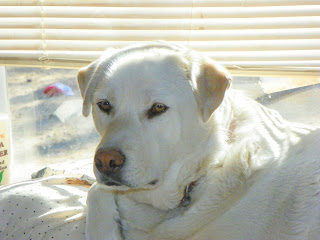 When I had to devote most of my time to Chance and Blaze’s return (two pups from our own litter who were abused and brought back) they quietly waited for me.  In the throws of my own healing they helped me understand the love that existed in them and selflessly gave of it.  And while we only had moments were short, their true love glowed through all of it.

I used to have such a hard time with the amount of contentment Zappa and Fiona had compared to the gratitude and energy Chance and Blaze had, slowly I am beginning to understand.  The amount of love they have always been given is greater than what all of the dogs and my husband and I have ever had all put together.  I know it is something I can not begin to fathom,  having a full lifetime of love.  It is almost unbelievable.  And  yet I am able to look into Zappa and Fiona's eyes everyday for the proof that such a love exist. 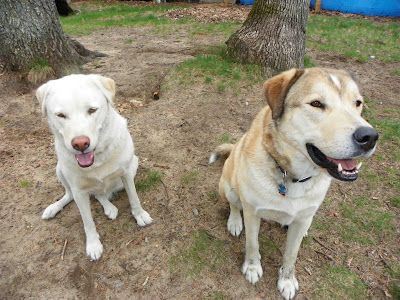 I think we did the right thing.
Posted by 24 Paws of Love at April 13, 2012
Email ThisBlogThis!Share to TwitterShare to FacebookShare to Pinterest
Labels: love, puppies

That's the wonderful with dogs; just when you think they can't bring you any more delight, they do! Deccy x

What a lovely pair, the both of them. Thanks for sharing!

You have such a wonderful pair in those two (really, all your dogs are wonderful). But your understanding of each of their personalities, quirks, best qualities and worst shows the depth of understanding and love that you bear them. I'm glad that you had the two of them to help you as you helped the other two pups through their healing and did a bit of healing of your own.

That picture at 4 months old is sooo sweet! You definitely did the right thing and you can see it in the last picture, which is also pretty sweet!

They're both beautiful. I agree with the others that you seem to know your dogs and what makes them individuals so well. It's such a nice relationship that they enrich our lives so much and we are able to give them a comfortable and love filled time in return.

It just seems to repeat the lesson that dogs raised in loving families from the very beginning show the benefits of their good start. :)