A little bit about Brut and me 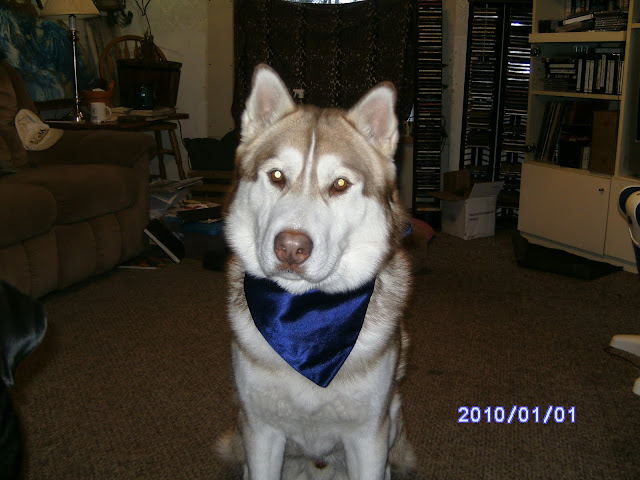 When I was a child, I witnessed two Chow dogs in a vicious fight over food.  It was a horrific experience and scarred me for many years.  I found myself growing up terrified of Chows and as I became an adult, that fear turned to despise.

When we got Brut we had no idea he had Chow in him until a month later.  I immediately attributed  his aggression to the little bit of Chow in him.  My husband always laughs at me as he couldn't see the Chow in him, but I could.  The ears were a little shorter and rounder, his head was rounder and larger, his nose was square and shorter than a husky.  I was already struggling with this wild puppy only to find he was part of a breed that entrapped my worst fears. 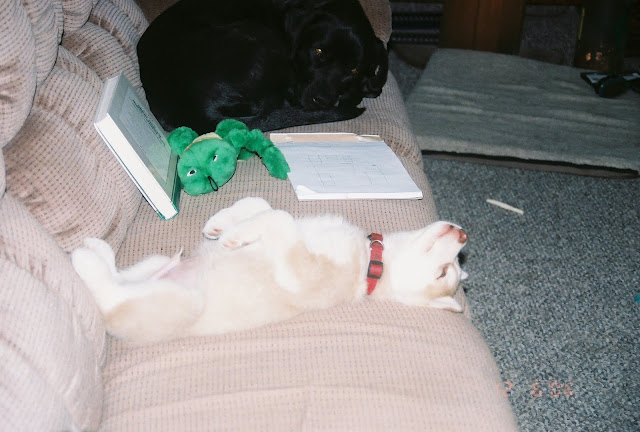 
Brut was not aggressive with people, only with dogs, which included ours.  It was always over a possession.  When Brut reacted, I reacted.  Not having a clue how to handle a fight, I would scream, bang on something noisy and pull him off the other dog and put him in his crate.  My fear of him was through the roof and I would hate him.  More correctly I would hate the Chow in him.  The part of him that I thought was doing this because I was a reliving the nightmare I'd witnessed over and over again.

On the flip side, Brut and I bonded, tighter than any of the other dogs.  It was during these good periods that I would fall in love with him all over again.  When the smart, conniving, and fun dog would come out to play.  Ironically, I also appreciated the guard dog that due to the Chow in him.  He was always very protective.

When the puppies were just over 4 months, most of the heavy challenging stopped.  Brut began to relax and so did I.  Our turning point was when he went after Zappa, I called him and he came and I saw the "Chow" in his eyes.  I looked directly into the aggression that possessed him and to my surprise those eyes weren't out to "kill."  Like what I had seen with the Chows.  This was a dog in great emotional pain and who did not understand why he was reacting in such a manner.  And here he was still honoring my respect after all the emotional pain I had put him through because of my childhood.  It wasn't fair to say the least. 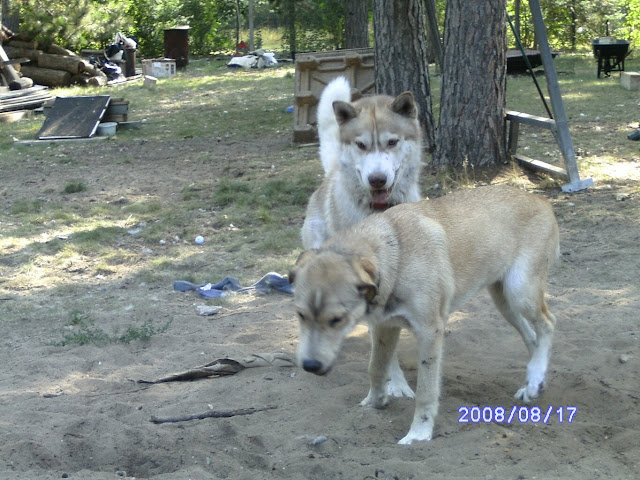 
From that point on I began to observe and understand to best of my ability when and why he would react.  A sharp noise and a calm, strong voice would stop everything in it's tracks.  Then I learned how to prevent a situation before it escalated, by watching his body language around the other dogs and calling his name.  This was a key factor to where we are now.  Brut has become the alpha dog he should have been all along.  His temperament is much calmer and secure.  He is much more trust worthy and when you look into his eyes they are whole.  We have been healing together.

I have often questioned why I was given Brut, knowing full well my past situation and the Chow in him.  So many times I wanted to give up and I couldn't.  I knew what it was like to feel like damaged material.  Besides I still loved him.  It brings me to today as I read story after story about abused and neglected animals and have finally realized what I witnessed between the two Chows.  It was not the fault of the Chows, but that of the owners, who taught their dogs to become vicious animals.  Using them for their own selfish gains.  It was never the Chows fault.

As I have slowly come to that conclusion and understanding and Brut has healed through his growing pains, I understand the reasons that brought me here.  It was to help each other heal.  We needed each other.  Our relationship was meant for each other.  It took each of us to help the other and the journey was well worth it. 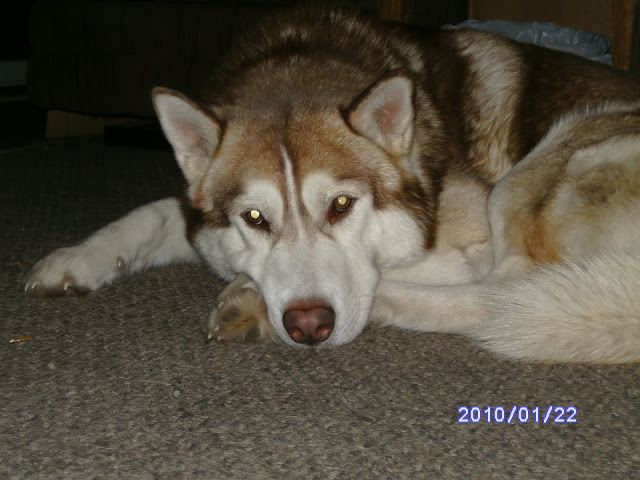 P.S.  For any Chow owners, this post is not against Chows.  If I had witnessed any other breed of dog fighting, I would have had the same feelings toward that particular breed.
Posted by 24 Paws of Love at July 25, 2010
Email ThisBlogThis!Share to TwitterShare to FacebookShare to Pinterest
Labels: aggressive, Brut, Chows, dogs

Very nice story. I am happy you two found each other, Brut is lucky to have a very loving and understanding momma. :)

Thanks Maggie Mae. It's been hard work, but it has been worth it.

What a beautiful example of understanding our dogs and adjusting our own attitudes for the benefit of all. Hugs to you and Brut (Mr. Attitude!)

That's a very enlighting post, like you say its always the owners, Anyway thanks for following me, I'll be back to see want you are up two.
See Yea George and Jan

Oh! Thanks a bunch for coming by. We are so furry furry glad to have found six furiends all at once!! Mummy is already in love with you all and she hasn't even read through much of your blog.
hope we can be grrrt furiends.
wags,
Buddy and Ginger

Thanks for stopping by our blog.

We enjoyed your story. Isn't it funny how things work out. You two were meant for each other :)

Thanks for posting about your past relationship with Brut. I believe too that dogs can change a person and Brut has done that to you. You have changed him too. I'm so glad everything is under control and you understand each other better now.

Wow! I found this really touvhing and it brought tears to my eyes! I can relate as I have had a similar relationship wth both Prince and now Kodiak.