My rant for a walk 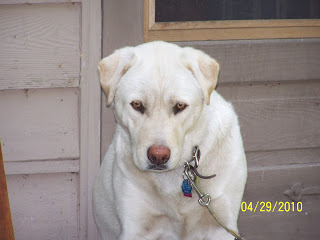 Do you really want to mess with me?


I just need to rant about the ignorance of people who own dogs.  There seems to be a common theme up here in the Northern country.  People come up from the city or live here year round and think they can just let their dogs run loose.  Doesn't matter were 1/2 mile from the main highway, doesn't matter that we live in a small neighborhood.  They just seem to think it is great a chance to let their dogs run loose.

This has happened with many weekenders and locals, I walk my leashed dog and run into these loose dogs on their property who invariably run up to us and in an aggressive manner.  They run with an intensity of attack.  I don't care HOW socialized your dog is, how friendly and great it is with people and other dogs, when dogs are approached by another dog they become protective about their property.  It has happened to me every time.  NOT ALL DOGS LIKE EVERY DOG THEY MEET.  Dogs that are not contained roam.  I don't care if it is just across the street, they claim more than your property line and feel the need to protect it.  I have read story after story of people running into the same incident.

We have a leash law in our state.  Which means all dogs must be restrained by a leash or in a confined area.  THEY ARE NOT ALLOWED TO RUN LOOSE.    If they are crossing the street, they are considered loose.

Which brings me to my problem.  A local in area has a yellow lab, the first year we were here, she would just sit on the porch and might bark.  No real problem.  Then all of the sudden, out of the total blue, she started to charge us.  Didn't matter which dog I had, (I only had Silver and Brut at the time), the dog ALWAYS charged when I was walking one of them.  It is like playing Russian Roulette going down that road.  I shouldn't have to avoid this road, I have every right to walk down it and not be in fear of being charged by this dog.

This has went on for three years now.  THREE YEARS.  Partly it is my fault, I have never spoken to them about this problem that is now a continuous thing.  They have done nothing to correct the problem either.  Not one ounce of common courtesy, except for calling the dog in after she has already crossed the road and I am trying to fight her off.  There have been several times that the dog has been nosed to nose with mine, inches from a fight.  There have been more than a few times that no one was around the call the dog and I had to fend it off.  I've seen the dog tear from behind their house or a couple houses away when she sees us.  It is down right frightening.  Absolutely terrifying to see this dog coming straight at us.  I am a shaken mess after this confrontation which is down right ridiculous to feel attacked every time I walk down this road.

Which brings me to today.  I took Fiona for a walk and took the gamble of walking down their road.  Again, I should be able to walk my dog down any road I want without fear of being  rushed by this aggressive dog.  We were not far from the house, when the low sharp barks started to come straight for us.  I tried to keep walking, while telling the dog to get, the dog followed.  So I screamed and yelled for neighbor to come get their dog.  The dog was 1 1/2 feet away from Fiona's face, still barking and threatening, when the neighbor finally came out and called the dog back.  I yelled from the street, for the first time confronting the neighbor, she kept implying that the dog wasn't going to do anything.  Same thing we heard a few months ago when my husband approached them after they called the dog in.  They think this is a big joke.  THE DOG IS AFTER MY DOG.  The dog has developed quite a hatred towards my dogs and likewise, my dogs aren't going to take being threatened time and time again.  Why should they?  Don't they see that the dog is after my dog?  I'm doing everything to avoid a fight.  Fiona didn't react at all, which really surprised me.  I'm pretty sure if the dog had crossed a certain threshold, there was going to be a problem.  Most of the other dogs do react and are ready for a fight.  Can you blame them?  What would your dog do if charged with such an aggressive and ruthless dog coming right up into their faces ready to attack?

I was infuriated with this situation and that I had let it go too long.  Not to mention being shaken to bone being charged of this dog, AGAIN.  The dog puts me in a position that I can't just keep walking and ignore it, because I would never turn my back on it not knowing what it would do.  That would be asking for a sneak attack on my dog.  It is just down right disgusting that  dog owners don't take proper precautions to care for the safety of their dog and others.

I have devised a plan.  Taking the proper and necessary steps so that I can walk down this road without being attacked by that dog, for the safety of their dog and mine.  I will keep you updated as the plan progresses.

How do you feel about this situation?  Have you and your dog ever encounter anything like this?
Posted by 24 Paws of Love at July 02, 2010
Email ThisBlogThis!Share to TwitterShare to FacebookShare to Pinterest
Labels: aggressive, dogs, walks