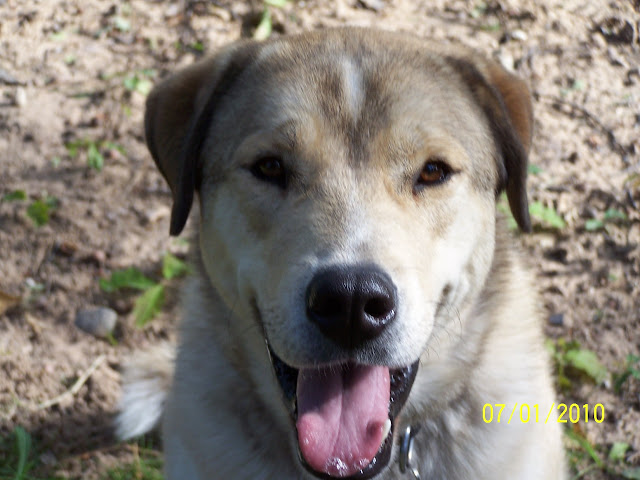 Look at all the charm I have!

Zappa has always been Daddy's dog from the time he was born.  Getting to know Zappa has been difficult with Brut's enforcement (he can be very jealous) and Fiona always dominating him.  In the last six months we have been "sneaking" in time together.

Zappa is a goofy character who is lovable with a razor sharp mind.  When Brut and Zappa's challenges would just start to cross the line, Zappa would madly cry out and I would come running and Brut would get in trouble.  When actually I witnessed this first hand, there was actually no fight, Zappa just knew how to end it and get rid of Brut.  He uses this wit in any way to retaliate against Brut.  Brut may be the alpha dog, conniving and sly, but Zappa has the smarts to put Brut in his place. 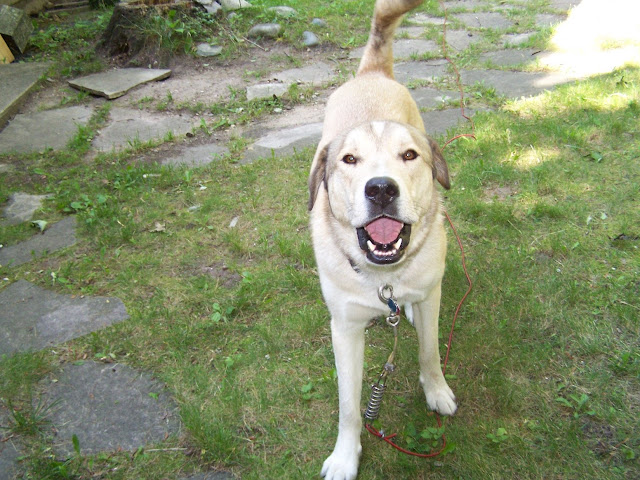 He's got Daddy wrapped around his little paw toe and thinks he can get away with everything.  He tries to pull fast ones when were together, but I'm on to his game. He gives me that defiant look of wanting to swipe me like the lion he thinks he is.  Which leaves him with figuring out how to out smart Fiona...
Posted by 24 Paws of Love at July 30, 2010
Email ThisBlogThis!Share to TwitterShare to FacebookShare to Pinterest
Labels: Brut, dogs, Fiona, Zappa

Hey Zappa, Just wanted to let you know that you are a pretty cute and smart Guy! We hope you can figure out how to outsmart fiona!
Your Friends
at Life with 5 dogs

I bet Zappa and I could have a lot of fun together. Two wits are better than one :)

To whit I shall depart,
Roo

Zappa I know you can outsmart Fiona!

Awww!!! Zappa is ADORABLE!!!! He looks like a fun and super smart guy that knows what he wants!!!!! After seeing those photos I wanna give him a BIG hug!! He probably loves to play and rough house too? I love rough housing with doggies always have and always will hehe!!!!! ~Big Hugs~ Lauren

Awww!!! Zappa is ADORABLE!!!! He looks like a fun and super smart guy that knows what he wants!!!!! After seeing those photos I wanna give him a BIG hug!! He probably loves to play and rough house too? I love playing with doggies always have and always will hehe!!!!! ~Big Hugs~ Lauren

So besides being adorable, Zappa is smart, too? Sounds like he's the complete package! :)

Thanks for stopping by, and for your nice comments. We always like making new furriends.

Thanks for visiting and commenting and following our blog today! Your pups are just as amazing as you are and I am your newest follower!